After demonetization of 500 and 1000 rupee notes, the Indian citizen have been trying to get their notes exchanged for new notes. This lead to people storming banks and ATM’s and these places seems to be crowded lately. People have decided to exchange their money either by hook or crook. Here’s two of the latest incidents that’s gone viral.

1) TIRED OF STANDING IN QUEUE FOR LONG WOMAN STRIPS

This news has been one of the latest trending news in social platforms. This incident happened on November-16 at an ATM in Mayur Vihar Phase 3 in New Delhi. She took of her shirt in protest of being made to wait in the line for too long.
The bystanders who were shocked witnessing an incident informed the police. A woman police person later arrived on the scene and covered her up. She was later taken to the Ghazipur police station.
Further inquiries revealed that the women was forced to do so since she was a transgender and wasn’t allowed to stand in the queue. She was later helped by the police in withdrawing from the ATM. 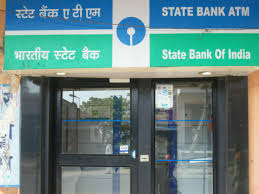 This was another incident which happened recently though the place of occurrence was unknown.
Apparently a man who had a mop and a bucket in his hand made his way to the ATM. The people who thought the man was a cleaner made their way to let him inside the ATM. According to sources a man came out of the ATM and the cleaner who went inside was not seen coming out of the ATM. When things started getting suspicious people went inside to check what happened only to find the mop and bucket left behind.
Later on recordings on the security camera showed a man entering with the bucket using the ATM. He then changed into normal clothes and left the items behind.