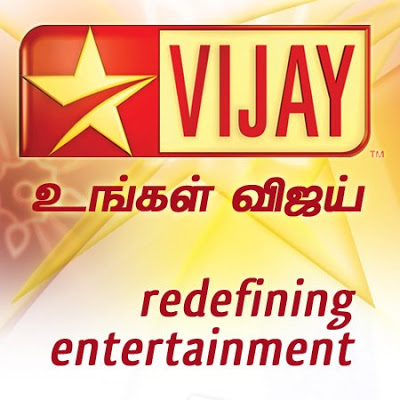 What if Vijay TV hosts the NatchathiraCricket

First,Lets all thank Nadigar Sangam for providing such a ‘fun’ filled ‘entertaining’ cricket tournament. It would have been a dry sunny sunday,if they had not provided the opportunity to troll this tournament. For a change,we all switched over to suntv from the other comedy channels – adithya tv,siripoli and jaya tv. Meme creators would thank them more for providing an opportunity to innovate more funny ideas.
Here is one more such funny idea – What would happen if Vijay tv gets the right to host the #NatchathiraCricket.
1. Promotional advertisements.
Television viewers will be killed by hyping about the tournaments.  Vijay tv will promo it during the commercial break “ponvandu soap,arun excello templegreen,nallas suppukadai vazhangum Nathachira cricket. Ungal abimaana natchathirangal ada pogindra thathaka pithaka cricket powered by jannal  samugathin saaral”
2. Erode mahesh commentary
You don’t need any introductions about his b#llsh*t show  hosting. if he’s the commentator,you’d definitely have to mute the tv volume. for example – his commentary would be “adra adra woo enna over by karthi” for such a dumb bowling by actor karthi. 
3. Wild card team entry.
If Suriya’s chennai team has lost in prelims,they dont need to worry. They can qualify in the wild card round and can get into finals. Oops,are you asking how come three teams can play in finals? That’s the Vijay tv logic. top finalists and a wild card entry can play the finals  Yes,it doesnt make sense..but that is Vijay tv logic! 
4. Professional cricket players and team can participate in this amateur tournament.
As per the new “Aravindakshan” rule  of Vijay tv judges, professional team like Bermuda,Bangladesh,Nigeria can participate and win the tournament. Even teams like australia can participate and win it,no one is gonna chuck about this rule,until it is found by meme creators 
5.You don’t really win a tournament vote,until audience poll is done and counted 
When it comes to Vijay tv…if you have won the final match,you still ‘have not won it’. Audience have to vote the each teams performance and judges will also select the team. So here is the winning formula-
Match winner = Total number of runs scored + Audience vote + Judges vote.
6.Players can ask the audience to vote during the advertisement break
After each over,players can go to camera room and ask people to nominate for man of the match.
7.Toss by GopiNath
Toss will conducted by ‘Neeya naana’ fame GopiNath. After the toss,he’ll ask the  captain who won the toss to debate with rival captain ‘ninga enn toss ah thothinga mike ah avar kita kudunga’

8. It is mandatory that Man Of the Match winner have to cry and talk about his kolluthatha during the award ceremony
‘Coffee with DD’ show presenter DivyaDharshini will host the presentation ceremony. The rule of the ceremony is that players have to cry and talk ‘few words’ about his koluthatha else you’ll be disqualified from the tournament. The man of the match winner will get one coupon for nallas apakadai and thalapakati biryani.

10.TRP rating tactics
Whenever the umpire fights and argue with players,it is the first responsibility for the cameraman to run towards the camera and capture the fight. It will be later edited and LOTR,game of throne music will be added as BGM.
11. Cheerleaders from Jodi No.1 show
All the cheerleaders will be from the Jodi no.1 show. Each team will get extra points if their cheerleader team performs well. The team will be eliminated if the cheerleaders didnt perform well.
12. Pre-match analysis by batting expert Ananthvaithyananthan uncle
Before each innings,there will be an prematch analysis by batting expert vithwan Ananthvaithyananthan uncle. He’s good at talking about batting,but doesn’t really knows to bat. 
13. Namma vitu kalyanam,baby shower episodes of the celebrity players
Vijjay tv will telecast marriage,nalangu videos of each celebrity players
There will be more such funny incidents would happen if the tournament was hosted by vijay tv.Please comment if you have any ideas. 
Previous articleSuicide At Vijaya Forum Mall
Next article1 Out Of 7 Business Women In India Are From Tamil Nadu! – Here’s The Full Story