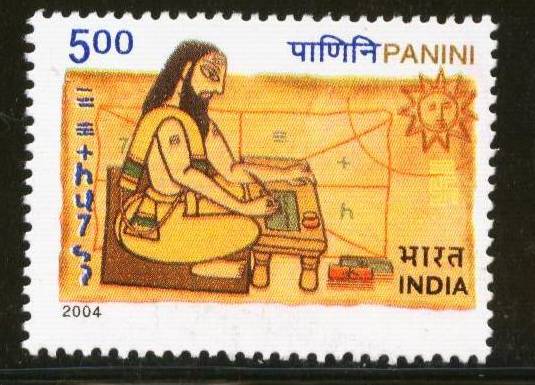 What is the most interesting story from Indian history? #MyThoughts

The story of Panini is one of my favourite because it always help me remind that there is something which is always above luck and fate.

Panini is known as the Father of Sanskrit Grammar, which is known to have contributed to many languages of the world.
Around 600-500 BC, there lived a great scholar Pani, on the banks of the river Indus. Pani’s wife later delivered a healthy son. The son came to be known as Panini, the offspring of Pani.
The little boy was very active and was the star of his parents’ eyes. He grew up to be a sweet child always bringing a smile to his parents.
Once a great scholar, astrologer and palmist visited Pani. He was a great friend of Pani. Pani and his family treated the great man courteously. He was served the best food and was treated with the best services. After lunch, the great man called the child Panini and asked him to sit with him. Panini readily agreed and sat with the great man.
The great man looked at the right palm of the child. He sat there gazing at the palm for several minutes. The expression on his face changed from that of cheerfulness to that of concern. Looking at this change, Pani inquired the great man about what was bothering him.
The great man looked at Pani with pitiful eyes and said “Oh Pani! My friend! You are such a renowned scholar and people around the world come to you for advice. Alas! Fate has it that this child of yours will remain illiterate. He has no Education Line on his palm.”
Pani asked his friend- “Please forgive me. I am not saying this because I doubt your expertise, but would it be possible that you haven’t checked my son’s palm correctly?”
The great man looked at Pani, whose eyes tried to hold their grief back, and said “My friend! I have checked the boy’s palm thoroughly, not once but twice and there is no Education Line here. He is bound to remain illiterate.”
Pani could no longer hold his grief. He closed his eyes and muttered under his breath “If the lord wishes it to be so, so be it!”
Panini, who was listening to the conversation, gently asked the great man “Sir, could you please tell me where on my palm would the education line be, if it had been?”
The great man showed the child the location of the education line on his own palm. He felt sympathetic towards the child, who was so well mannered and soft spoken.
The child ran out of the house and returned back in a few minutes. He held out his right palm and asked the great man “Will I be a scholar now? Will I be able to uphold my father’s name?”
The great man and Pani looked at the child’s hand and were shocked. Blood was oozing out of the palm and where there had to be the education line, there was a deep line which was etched with a sharp stone. The two men had no words.
As he grew up, Panini was educated by his father and Pani was astonished by his son’s insatiable quest for knowledge. To attain more knowledge, Panini meditated on Lord Shiva and performed penance for many years and finally wrote the rules of grammar.
Panini is believed to have formulated the rules of Sanskrit morphology, syntax and semantics in fourteen verses.
He didn’t worked on anything specifically related to mathematics but it’s said grammar created by him have shocking resemblance to programming language used today.

This is not the only interesting story from glorious Indian History but I find this very interesting.

Previous article1 out of 10 Indian soldier was rescued under 25 feet of snow after struggling for 6 days
Next articleWhat is the origin of Valentine’s week?

CSK Trolled This Top Player For Posting Video Without Shirt !! Check Out His Reply !!

We cannot forget the moment when this young lad got a piece of mind from the skipper of Chennai Super Kings, MS Dhoni and...