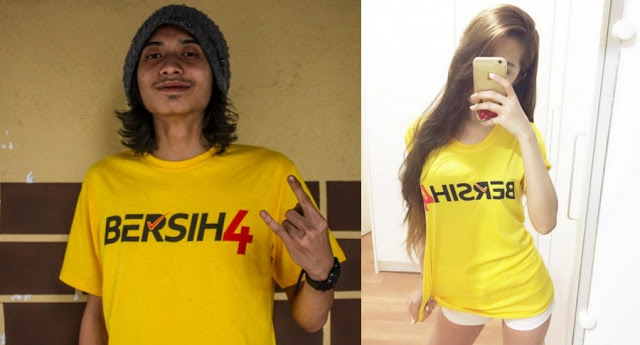 Not following dress codes in school can land you in the principal’s office, but wearing a particular yellow T-shirt in Malaysia can land you in jail.
In a court ruling today, the judge decided that the yellow shirt worn by pro-democracy demonstrators can land people in prison. The printed word “Bersih” on the shirt means “clean.”
According to Quartz, the distinctive top was worn conspicuously during nationwide rallies in August 2015 by protesters demanding for the end of government corruption.

Prior to the rallies, Ahmad Zahid Hamidi, Malaysia’s top security minister, decided to make the T-shirt and other materials with the rally logo on it illegal. Due to his decree, a number of people were arrested during the protests.
Now a judge in the courtroom is forced to defend the minister’s ban during a lawsuit filed by Bersih 2.0, the rally organizer. Hamidi’s lawyers are making the argument that the ban of the yellow T-shirts is justified because the minister sensed a risk to public order. However, the prosecution are calling their argument rubbish as they believe T-shirts aren’t a danger to public order.

Zahid’s ban of the yellow T-shirts stands as the Shah Alam High Court decided today in favor with the minister. The judge cited a section of the Printing Presses and Publications Act that indicates the power to ban shirts is under the minister’s jurisdiction. Wearing that shirt is now a crime.
Rally organizer Bersih 2.0 is looking to appeal the court’s decision and continues to encourage Malaysians to wear the yellow shirt to protest.
Source