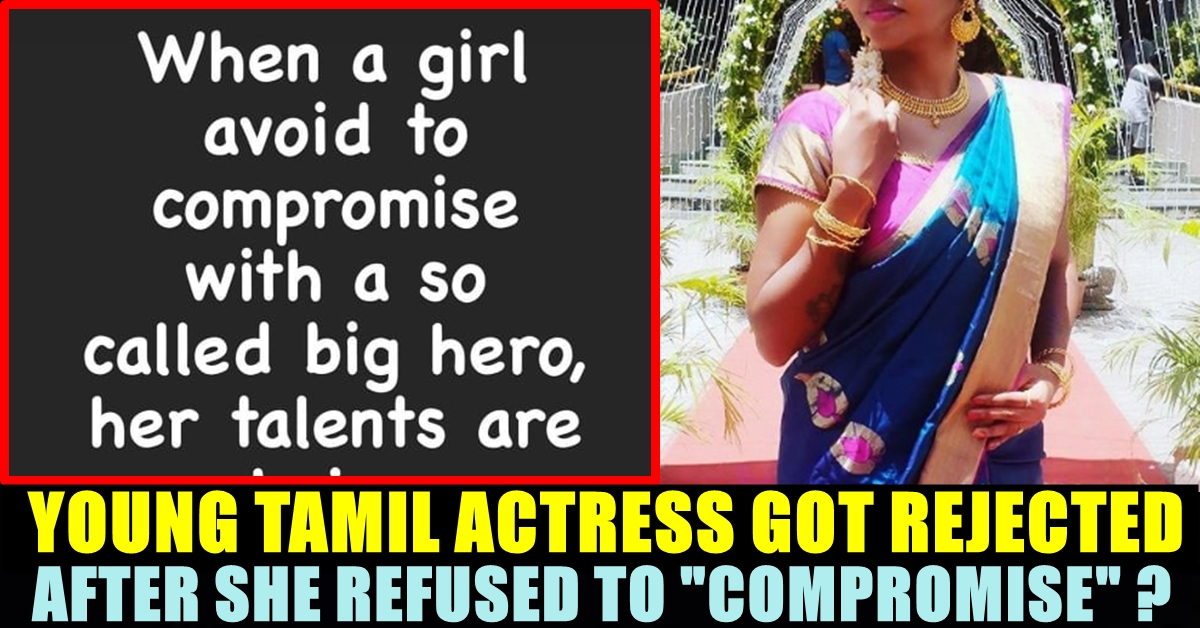 Actress and Instagram model Shalu Shamu who is known for appearing in “Varuthapadatha Valibar Sangam”, “Mr. Local”, “Thegidi”, Iruttu Arayil Murattu Kuthu 2″ in supporting roles, came up with a story in her Instagram story expressing her disappointment over the “compromise” culture in film industry. Through the story, the actress said that a girl’s talents are getting rejected if she refuses to compromise with a “so called big hero” and added hashtags such as “we need change”, “stop harassment”, “we never compromise”

Shalu Shamu who is pretty much active in social media platforms, is currently enjoying 4 lakh plus followers in the photo/video posting social media app. Months ago, she revealed that a director approached her to sleep with him to act in a movie of Telugu actor Vijay Devarakonda. Now, she came up with a story saying that a girl’s talents are being rejected if she rejects to compromise with a “big hero”.

“When a girl avoid to compromise with a so called big hero, her talents are being rejected. #WeNeedChange, #Stop Harassment, #WeNeverCompromise” read the story of the actress.

Months ago, the actress disclosed about a traumatic experience she went through while replying to one of her follower in Instagram. “Are you affected by Metoo ?? Only so I think you get so less chances for being straight forward” asked a fan to which the actress replied saying that she got approached by a Vijay Devarakonda movie’s director. “Even I have come across #MeToo I don’t wanna complain regarding this because I know how to handle myself as an grown up kid”

In an interview, she said, “I was asked to come in a saree by him stating that he would explain about my character. I went to the said place with excitement, hoping that the movie could give me the much-needed break. Upon reaching there, I saw his family photos and realised that it was his residence,”

“Then he offered me water which I kept it aside with a fear inside me. Apart from narrating about the character, most things he talked with me are irrelevant. When he continued talking, I started sweating. When he asked me to sit in a room where there was an AC, I pretended like getting a call from my home and left the place”. she said in a video interview.