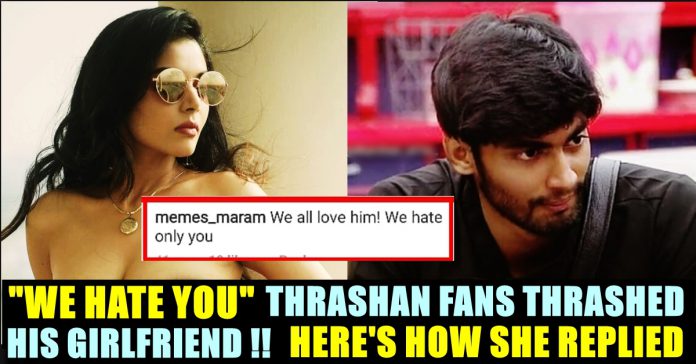 “We Hate You” Said Tharshan’s Fans Directly To His Girlfriend !! Here’s How She Replied To Them !!

Tharshan has became a heartthrob among young girls for his charming looks and he attracted family audience for his brave behaviour inside the Bigg Boss house as well. Apart from Vanitha, there is one more contestant named Meera Mithun who made an issue with him.

As we all know Sanam shetty is the girlfriend of Dharshan which was revealed by Tharshan himself. Sanam Shetty is an Indian film actress, Super model and beauty pageant titleholder who works predominantly in Tamil films. Sanam shetty is a qualified software engineer from London, UK before she stepped into the film industry.

Sanam shetty who is constantly showing her support for Tharshan in her official Instagram account recently posted a picture of him and said “Some people will hate u because of the way other people love u! ❤❤ Stay strong Tharshan. Continue to do whatever is best for u. We are with u @tharshan_shant ❤❤ Hearty congratulations for being selected as the Top 1. U deserve it 🤗👏 “

However some people showed their hatred towards Sanam in the comment section. “We all love him but we all hate you 😂😂” to which Sanam politely wrote “i can understand..u hate me cuz i love him ❤️🤘 keep ur love n support for him going🤗”

One more user posted a similar statement to which Sanam said “no problem at all as long as u love him im happy😊🤘 peace!”

Tharshan was selected as Bigg Boss title winner by most number of his co-contestants which led Sanam shetty to upload this post. Earlier when Meera Mithun alleged that Tharshan gave her his word on their marriage. She complained it to Kamal Haasan in saturday night show and her allegation was completely denied by Tharshan who revealed that he has a girlfriend outside. 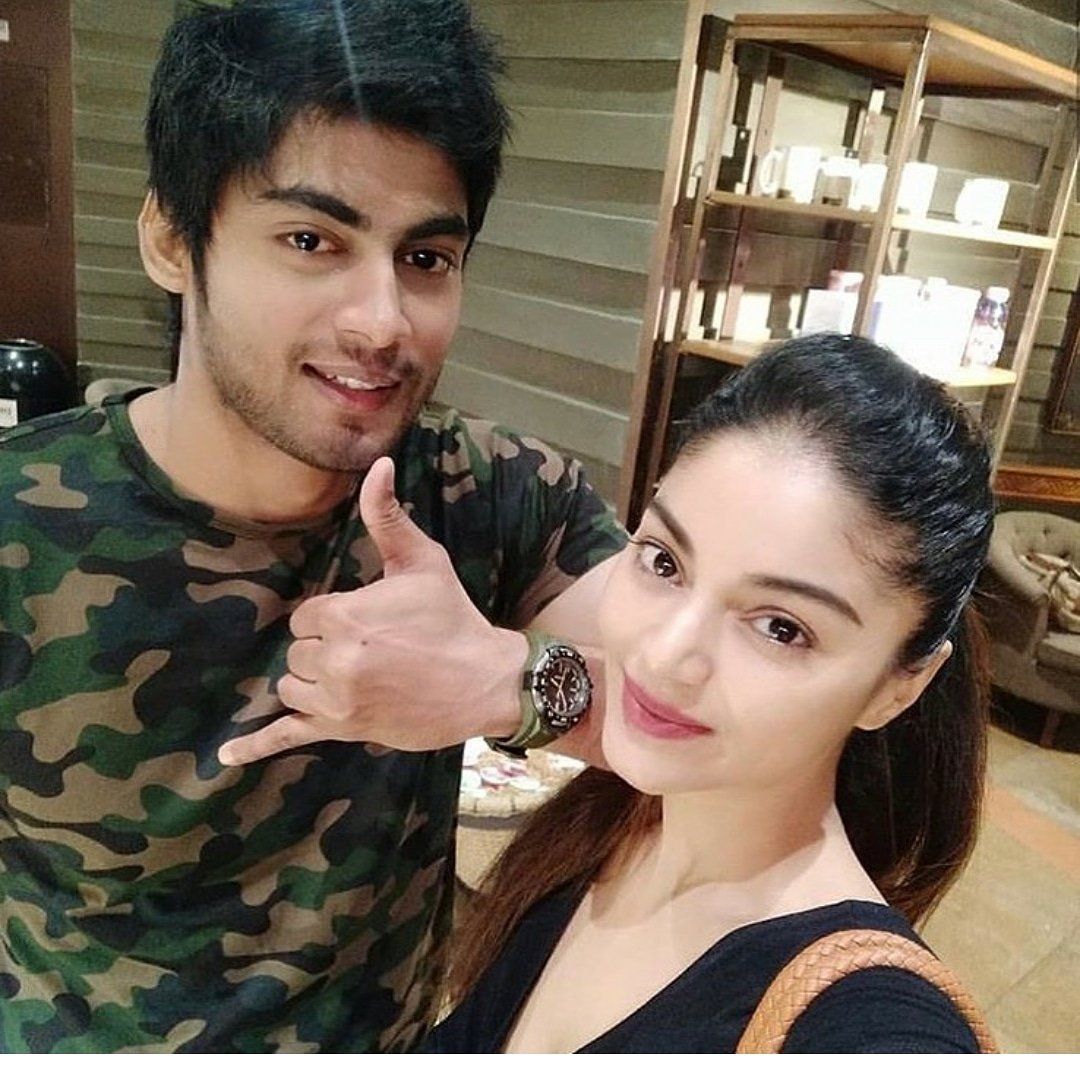 What’s your views on these comments received by Sanam ?? Let us know !!

Previous articleJUST IN : First Post Of Sakshi Agarwal After Coming Out Of BIGG BOSS SHOW !! WATCH VIDEO !!
Next articleWho Is The Most Googled Celebrity Of India ?? You Just Can’t Believe This !!

Music Maestro A.R Rahman, while interacting with a famous new portal, expressing his strong views about the remix culture. The musician said that he...

This Top Hero Committed As Antagonist In “Vikram” For Rs. 7 Crore !!

One of the most awaited films in Tamil film industry post COVID 19 pandemic is Kamal Haasan- Lokesh Kanagaraj's "Vikram". The film's title teaser...