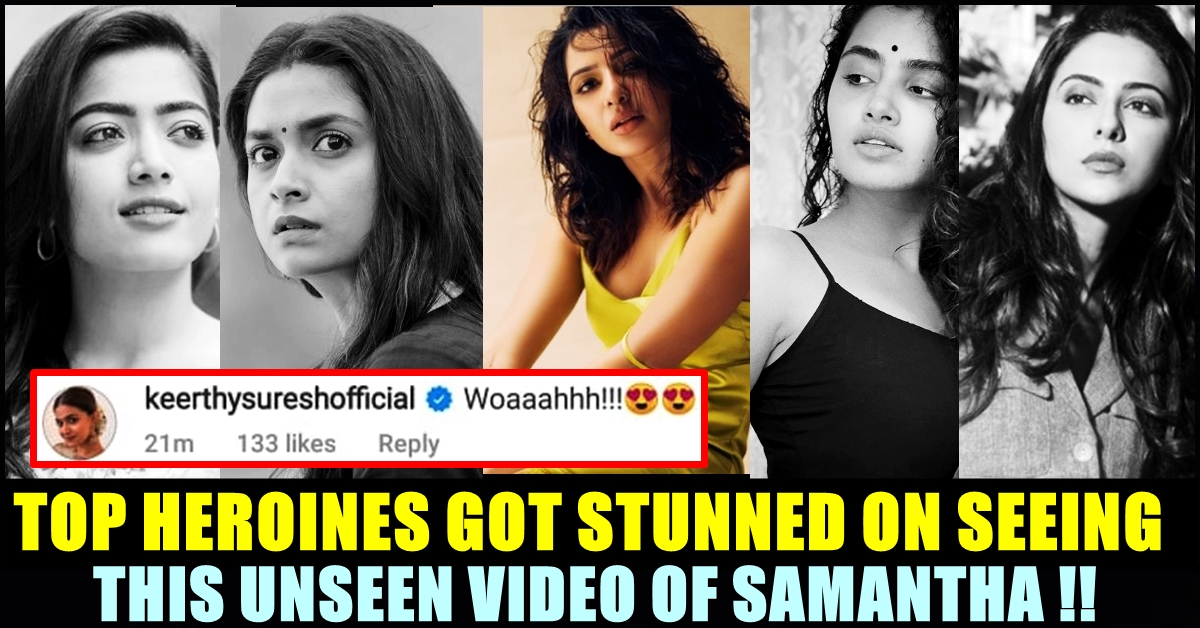 Amidst the controversies caused by the recently released Bollywood web series “The Family Man 2”, Tamil nadu based South Indian actress Samantha Ruth Prabhu who played one of the leads, has been sharing her experiences while acting in the project. Responding to the outrage, Samantha said that she chose to play the role only to pay tribute to the people of Tamil Eelam who died in the unequal war. Now, she uploaded a couple of unseen videos of herself performing her own stunts for the series and thanked the crew members. The video post impressed some of the leading heroines of South Indian film industry including Rashmika Mandanna, Rakul Preet, Keerthy Suresh, Anupama Parameshwaran and many others.

Day after the release of Family Man 2 web series, actress Samantha who got criticized by a number of social media users for taking up a role that allegedly portrayed a girl who belong to Tamil Eelam as an extremist, came up with an official press statement saying that she was aware of the sensitivity and balance that was required to do the role “Raji” in Family Man 2. She who was reading the reviews since the release, said that the character “Raji” will always be special to her.

On Monday, she uploaded a couple of BTS videos from “The Family Man 2” and shared about performing her own stunts for the series. She also revealed about jumping off a tall building, despite of her solid fear about heights. “A special special thankyouuuu to my person @yannickben 🤗🙌 for training me to do all of my own stunts (yes all of them ).. for pushing me to give it my all even when every part of my body ached (thanks for the pain killers by the way ) .. I have a solid fear of heights but I jumped off that building only because I knew you had my back .. lots and lots of love @yannickben #familymanseason” caption of her post read.

In the videos, Samantha could be seen training before performing the stunts during shoot. Check out her post below :

The post garnered huge reception from her Instagram followers as it received nearly million likes in no time. Along with fans, some of the leading heroines of South Indian film industry expressed their admiration towards the actress’s efforts. “Damn! 🔥” wrote Rashmika Mandanna in her comment whereas Keerthy Suresh dropped a comment writing “Woaaahhh!!!😍😍”

Here’s the screen shot of their comments :

Here’s the post of Samantha on why she chose to act in the Family man 2 web series :