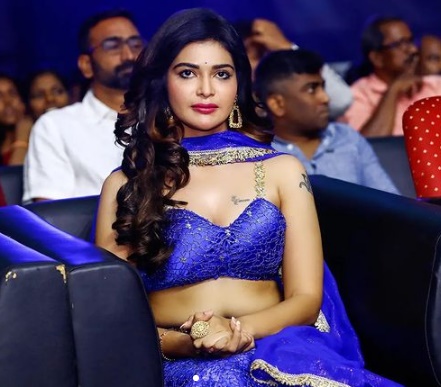 Comedy actor Sathish issues clarification on the ongoing controversy that involves himself and Darsha Gupta, an aspiring actress who rose to fame through “Cooku with Comali” show. He said that it is just an outcome of a conversation that took place between two friends and Darsha Gupta is the one who asked him to talk in that way.

“Dharsha Gupta said to me that she wore a modern dress competing Sunny Leone and was eagerly waiting to see what she was going to be wearing. After seeing her wearing a half saree, she got upset and expressed it to me. When I said it’s a good point, she asked me to tell it in the stage, only after she said it to me, I shared the same on the stage” Sathish said in the clarification video.

Comparing her dress with Bollywood actress Sunny Leone, Sathish made the comment, thinking that it is humorous but it didn’t go well among the public.

I mean – To actually *point* at a woman and ask for mass heckling of a crowd by a man on a woman who doesn’t dress according to culture.

When will this behaviour from men stop?

“Oh My Ghost” is an upcoming Tamil movie that stars Sunny Leone, Dharsha Gupta, Yogi Babu, Ramesh Tilak, Sathish and GP Muthu in the pivotal roles. The film’s audio launch took place in a grand manner recently with the presence of the film’s cast and crew. GP Muthu’s speech and Sunny Leone’s arrival from North acted as the main attraction of the event.

However, a particular clip that shows actor Sathish making a comment on “Cooku with Comali” game Dharsha Gupta’s clothes made many users of online platforms to express their displeasure. The actor was heard saying that Sunny Leone who comes from Bollywood was wearing ethnic attire but Dharsha Gupta from Coimbatore is dressed in another way.

While many users were expressing their displeasure over the actor’s comment, questioning why he didn’t wear dress, according to our culture. Singer Chinmayi shared the video and expresses similar emotion.

Vanitha Vijayakumar, earlier posted a tweet saying that she is going to meet assistant commissioner of police on Tuesday, regarding a complaint she registered...

Complaint Filed Against DMK’s Senthil Balaji Over His Comment On “Sand Mining” !!

The ruling party AIADMK filed a complaint with the chief electoral officer against DMK's Senthil Balaji for allegedly threatening government officials while addressing the...