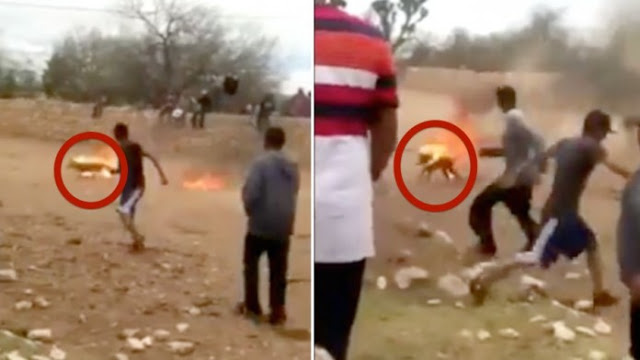 admin
April 16, 2016
Share
Facebook
Twitter
Pinterest
WhatsApp
In a shocking case of animal abuse a dog was set ablaze by a group of youngsters, and no one came forward to help. One of the residents recorded the terrible scene which later went viral on the social media.

The dog is seen running up and down in the video in an attempt to cool off, but he’s entirely engulfed in flames. The people around, either paid no heed, or laughed about the entire situation.

This is downright heart-breaking and disgusting. What is the world coming to? Is there no humanity left at all? The video has left us fumed, and we hope the the guilty receives the cruelest punishment one can ever get.
SOURCE
Previous articlePolimer TV caught shooting Vijay’s ‘Theri’ in a Coimbatore theatre
Next articleGuy Goes on Racist Rant After Being Denied Sex

Instead of celebrating its 50th year anniversary, AVM Rajeswari theatre in Chennai, has announced that it is going to get closed permanently. It has...