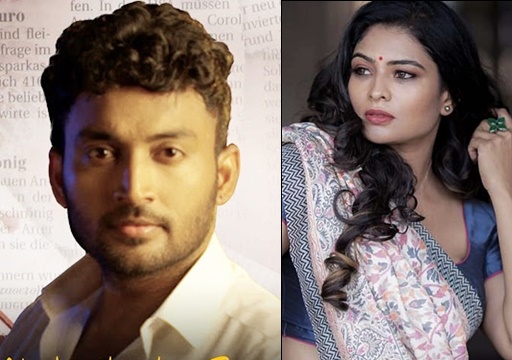 After the telecast of Tuesday’s episode, hashtag “Vikraman” was trending in the micro blogging social media site with viewers of the show expressing their admiration towards him for the way he handled his co-contestants who bullied and mocked him. Housemates such as Maheshwari, Myna, Manikandan tried to bring Vikraman down by degrading him but the latter didn’t lose his decorum and stayed in a composed manner till the end.

Manikandan and Myna were seen laughing while Vikraman was arguing for himself. Watch the video below :

I don’t think #Maheswari realizes, her mocking #Vikraman out of spite only shows how low she can get!

Hate everybody who laughed along!

“#Maheswari cheap behaviour & Jealous on #Vikraman is getting more day by day. Maheswari is such an character who Jealous of person who get fame from audience. Maheswari overconfident that’s she deserve more that everyone” a follower of the show tweeted after watching the episode whereas another user said “Whole anbu gang is cornering and disrespecting #Vikraman Mahe, Myna and Mani obnoxious to the core”

Check out some of the reactions that surfaced in internet regarding the same :

#Myna & #Maheswari keeps teasing #Vikraman & doing body language in 24/7. Vikraman is raising his voice. But no support from audience shocking. If men does it’s wrong when female does it’s crt. If Azeem is wrong Maheswari is also wrong. #BiggBossTamil6 #BiggBossTamil

So when #Maheswari #Myna & #Manikanta is bullying & mocking #Vikraman none of them stood for him or supporting him. Nobody is questioning the bullies. Wonderful da housemates. If hevwithstands the pressure from bullies inside some home then easy title winner. #BiggBossTamil6

#Azeem is putting forward some valid points in be it in the initial group discussion and after the first TV show.#Myna & #Maheshwari are nasty to shut him down like that.

Do they think they will score Brownie points by going against him?#BiggBossTamil6

I was soo upset about the way #Vikraman is being treated in the house.. and thought of supporting him in twitter. But just saw the trends and i am soooo happy that #Vikraman is trending in number 1 again..

Not even surprised dat Vikram didnt react d same like Mahe & maintained his composure wen she got in his face/used a tone of mockery.

Maheshwari is a bully,who is trying so hard to play d victim pic.twitter.com/YkEZ3TSJdI

He will be there in every eviction..
How hell he’s living and gonna survive..#BiggBossTamil6

Why is #VJMaheswari being so rude and not accepting their mistake!?

So this is what #Vikraman tried to talk about on the story task.

he started as ” Na 11 th padikumbothu”🙄😒#ADK #Mani #Maheswari #Myna should be contempt .

These people frequently bulling #Vikraman inside BBH and enjoying it. How dare 😡😡😡😡@ikamalhaasan #BiggBossTamil6 https://t.co/ApMcqxRe5E

The audacity of Myna and Mani to argue is ridiculous.#BiggBossTamil6

Previous articleActress Abhinaya Getting Married To Vishal?? Here’s The Official Clarification
Next article“Comali” Director Got Exposed By His Classmate ??

Fight Between Vijay & Rajini Fans !! Celebrity Solved It With Ease !!

Lyricist Vivek is one of the very few celebrities who is very much interactive with his followers in social media platform. Vivek is now...

On Sunday, actor Prakash Raj came up with a tweet sharing the video of a fan edit of Muthupandi and Dhanalakshmi with a song...