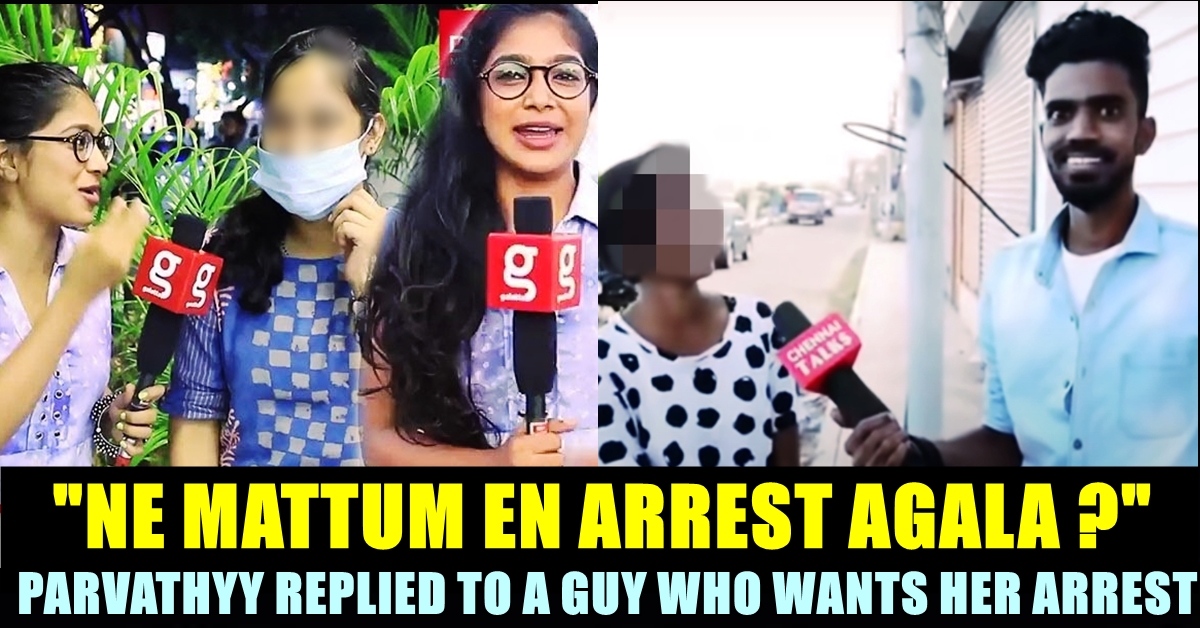 Several trolls, memes, harsh criticisms are surfacing in social media platforms against video jockey Parvathy ever since the arrest of the makers of “Chennia Talks” was made. Many users of social media could be seen demanding arrest for VJ Parvathy too for her show “Theru Koothu”. Replying to them, Parvathy came up with a number of Instagram stories which shows herself making her point clear.

Video Jockey Parvathy who is known for hosting shows in Galatta youtube channel, recently made her presence in Vijay TV’s popular show “Cooku with Comali” as a participant. She who has a wide fan following in social media, is pretty much interactive with her followers as well.

As soon as the news on the arrest of “Chennai Talks” surfaced, many people started demanding arrest for Parvathy. What started as a mere humour, turned ugly when people started tagging her in posts and created memes asking Police to arrest her. One such social media user commented asking why Police spared her.

“Why are you not arrested yet ?? You also ask such questions to public. They didn’t make an arrest against you. Girls can commit any kind of crime, They don’t care but we boys have to face arrests” he said in his comment.

Replying to him, Parvathy wrote “Excuse Me! Chennai Talks channel and those boys has given Money and made that poor girl to talk. Which is the most punishable offense. She is the victim. Those boy’s are the culprit. Understand the facts. It’s not about Boy or Girl. Pls.” and asked him to understand and analyze before commenting.

To another follower who asked her not to spoil the society by saying “feminism”, Parvathy got frustrated and asked people to stop bringing the word “feminism”. “Guy’s. Stop bringing the word Feminism. That’s a
whole different area. I’m just talking about Gender equality. Stop giving me Nonsense advice. Highly irritating. In fact I hated the way that Anchor from a YT Channel Interviewed that “Chennai Talks Girl.” replied Parvathy and added that it is annoying.

It all started when Chennai Police arrested three members of a youtube channel named “Chennai Talks” for making a girl talk profanity content in public. Reacting to all the memes, trolls and criticisms, Parvathy, earlier uploaded a post in her social media account saying that her contents would always contain a social perspectives unlike the videos the “Chennai Talks”.

She also uploaded a video in her Instagram account saying that she never breached other people’s privacy and confirmed that she is always intended on questioning everything with a social perspective unlike “Chennai Talks”. “I am not someone who poses cheap questions in public. Please know the difference between me and youtube channels like “Chennai Talks”. I am asking such questions only to break the stereotypes and I do research before my every show. So please stop tagging me” Parvathy said in her video who added that she has nothing to say to her haters who wanted her to be arrested. Read : “Stop Tagging Me” – VJ Parvathy Replied To Netizens !! WATCH