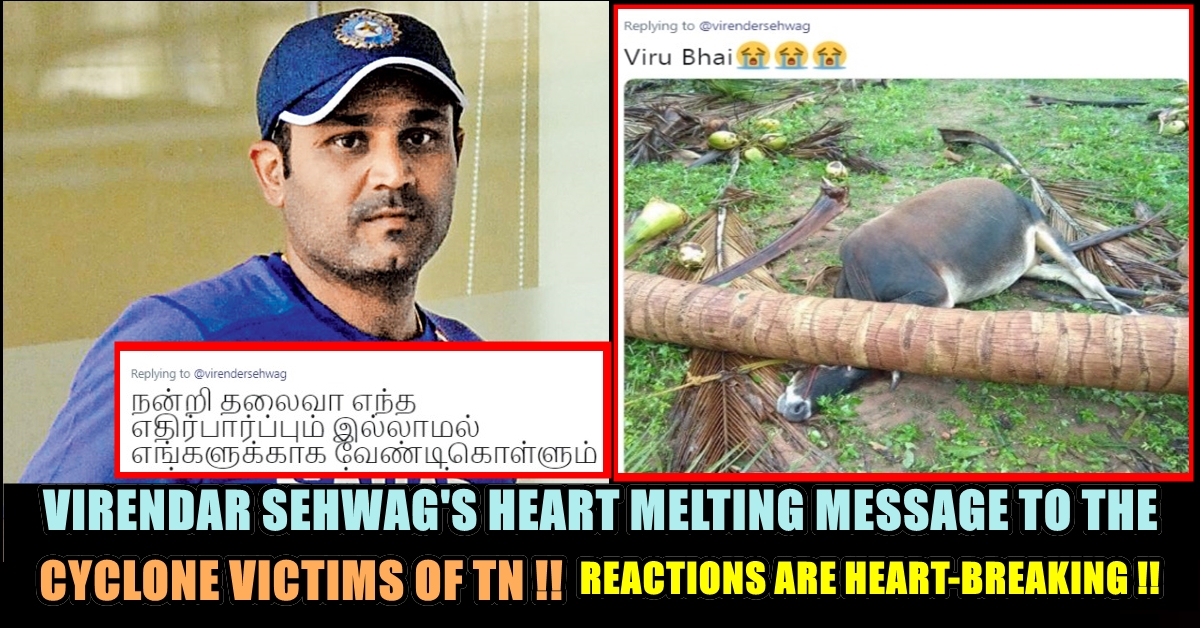 Severe cyclonic storm ‘Gaja’, which crossed Tamil Nadu’s coast early on Friday, has claimed 20 lives. The winds due to the cyclonic storm resulted in hundreds of trees and electricity poles being uprooted in Nagapattinam and Karaikal districts. Other districts like Cuddalore and Puthukottai also bore the brunt of the cyclone.

‘Gaja’ crossed the coast between Nagapattinam and nearby Vedaranyam, bringing with it heavy rain, and causing severe damage to communication and power infrastructure, mainly in Nagapattinam district. Speaking to reporters at Salem, Chief Minister K Palaniswami said the relief work will be taken up on a war-footing and that the work was already underway. He said the families of the deceased will be provided a solatium of Rs 10 lakh each from the Chief Minister’s Public Relief Fund (CMPRF).

Prime Minister Narendra Modi on Friday said all assistance would be provided to the people affected by the cyclone. Modi spoke to Palaniswami and learnt about various matters relating to the cyclone, including the damage caused by it and the post cyclone measures that are to be taken, an official release said. The prime minister also “assured (Palaniswami) that the Central government is ready to extend all assistance to people affected by the cyclone,” it said. The storm caused heavy damage to the 16th century Shrine Basilica at Velankanni in Nagapattinam district. Due to gusty winds, the rood cross on top of the church broke and fell, Church authorities said. The church is built in accordance with Gothic architecture. Authorities said the 75-ft tall stone statue of Jesus erected in front of the ‘Morning Star Church’ in the town, sustained structural damage. According to church officials, the hands of the statue have suffered damage. The roof of the Museum of Offerings in the town has also been damaged. Virendar Sehwag, former opening batsman of the national team never missed to raise his voice for Tamilnadu in their tough situations. Even during Jallikattu protest  that occurred in 2017, the cricketer took his official twitter account and typed in Tamil to show his support to the Tamil people.

During this destructive “Gaja” storm, Viru stood by the Tamil people by posting “Tamil Nadu, I pray for your safety and for this to pass quickly. Please do everything possible to keep yourself safe #CycloneGaza“

Tamil Nadu, I pray for your safety and for this to pass quickly. Please do everything possible to keep yourself safe #CycloneGaza pic.twitter.com/uVHx0ok1Bs

For his tweet lot of Tamil people posted the photos and videos of their place which was affected by Cyclone Gaja which is really heart breaking to witness. Many twitter users appreciated him for his tweet as well.

This is why I support and love viru forever… Thanks for your prayer and love for our TAMILNADU peoples ….be safe bro and sis who strrugle gaja cyclone… I also pray for you, support you…

One & only cricketer who gives #respect & take #care on his fans thats only #mythalaivan…..😘😘😘

A Sample for you… We lost everything Viru 200 prcentage damage in pudukkottai district…😢 pic.twitter.com/92qapSVSAY

Thank u very much viru broo.Because I am also part of chennai

Where r u in times of andhra

Those with severe injuries will be provided with Rs 1 lakh each, while people who had sustained simple injuries will get Rs 25,000 as relief. The damage caused by Gaja, including to the fishing sector, was being assessed.

Over 80,000 people were evacuated from low-lying areas as severe cyclonic storm ‘Gaja’ crossed the coast between Nagapattinam and nearby Vedaranyam early Friday, bringing with it heavy rains in coastal regions.