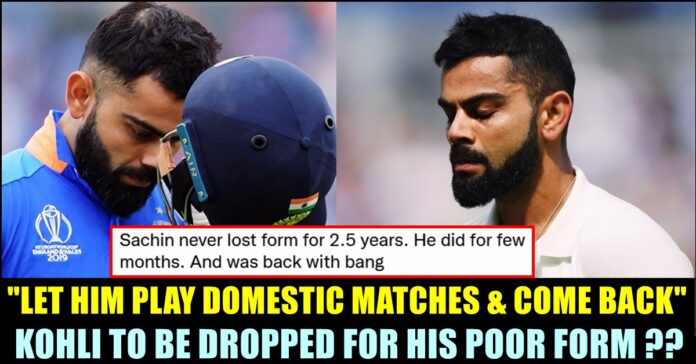 On Sunday, India’s star batsman Virat Kohli continued his botched run in world cricket as he fell for just 11 in the third and final Twently20 against England at Trent Bridge. The former skipper was caught in his attempt to produce a third consecutive boundary after producing a four and a straight siz off David Willey.

Virat Kohli hit the wide delivery straight to Jason Roy at short extra cover, leaving India three down in the powerplay. It was Suryakumar Yadav who led India’s fight back. He scored 117 runs from 55 balls with 14 fours and six sixes. However, his knock went in vain as India couldn’t chase down the 215 scored by England in the first innings. The visitors managed to score 198 runs and team England who lost the match, managed to get the consolation win.

In the two twenty 20s he played in the series, Kohli managed to score only 12 runs. It is also notable that he gathered just 31 runs across two innings in the rescheduled fifth test at Edgbaston.

Kohli’s form in the longer format is being a worry to team India for a long time now. The cricketer who has smashed 70 centuries so far, couldn’t get his momentum and and it’s already been 3 years nearly since he scored a century. The cricketer also couldn’t find the best version of himself in the IPL as well.

With fans flooding social media with posts asking Kohli to make come back, criticism started surfacing against the cricketer as well. Former Indian pacer Venkatesh Prasad believes out-of-form players should face the axe irrespective of their reputation. Through his tweet, the former cricketer highlighted how legendary players such as Sehwag, Ganguly and Zaheer Khan saw ouster during their spell with the national team. 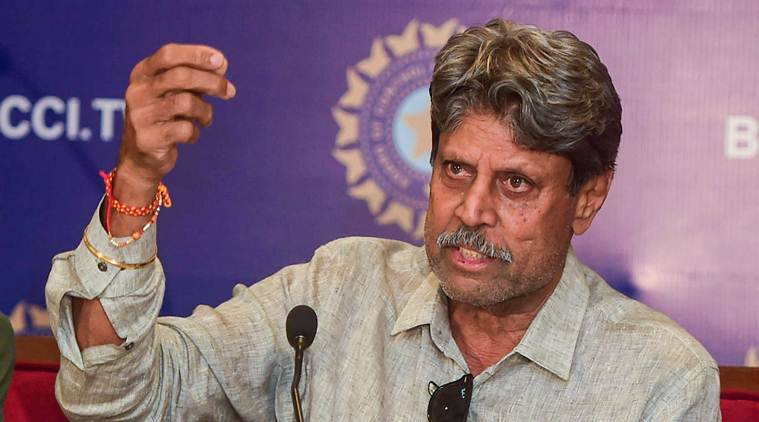 “There was a time when you were out of form, you would be dropped irrespective of reputation. Sourav, Sehwag,Yuvraj,Zaheer, Bhajji all have been dropped when not in form. They have went back to domestic cricket, scored runs and staged a comeback” Prasad said through his tweet.

“The yardsticks seem to have Changed drastically now, where there is rest for being out of form. This is no way for progress. There is so much talent in the country and cannot play on reputation. One of India’s greatest match-winner, Anil Kumble sat out on so many occassions, need action’s for the larger good” he added.

Changed drastically now, where there is rest for being out of form. This is no way for progress. There is so much talent in the country and cannot play on reputation. One of India’s greatest match-winner, Anil Kumble sat out on so many ocassions, need action’s for the larger good 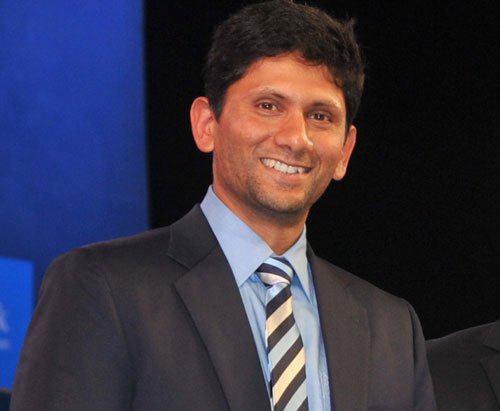 You think you know more cricket than former legend cricketer ?

Sachin never lost form for 2.5 years. He did for few months. And was back with bang

Sehwag, Sourav, Yuvraj, Zaheer, Bhajji combined aren’t even half of the player you’re talking about.

Virat is incredible, one of the modern greats but not in the same League as Sachin. No one is.

He is a successful Captain, you can’t drop him just before the World Cup.

Yes ye should be backed till 2030?? He scored 70 centuries and should play till 2050..he was great not anymore. Rohit , Virat should give chances to young guns . Even sachin, dravid, Ganguly did not play t-20 because of age and t-20 is young players game

Out of form both with Bat and on the field too. Kohli has been dropping catches lately.

I sincerely hope that #ViratKohli goes back to Domestic cricket (Syed Mustaq Ali, Irani, Dilip trophy etc) for 6 months and then get back to Indian Side with impeccable form.

Earlier, World cup winning Indian captain Kapil Dev made a similar statement. The former cricketer said that Kohli should be dropped if he can’t put in good performances, despite being an “established player”. “Play in-form players even when you have loads of options. You just can’t go by reputation but you have to look for current form. You can be an established player but that doesn’t mean that you will be given chances even if you fail five games in a row” Kapil Dev said.

After Mersal, Sarkar H.Raja Trying To Promote This Film ??

H.Raja, one of the most popular politician of BJP party. He known among Tamilnadu based social media users for his controversial statements. His remarks...