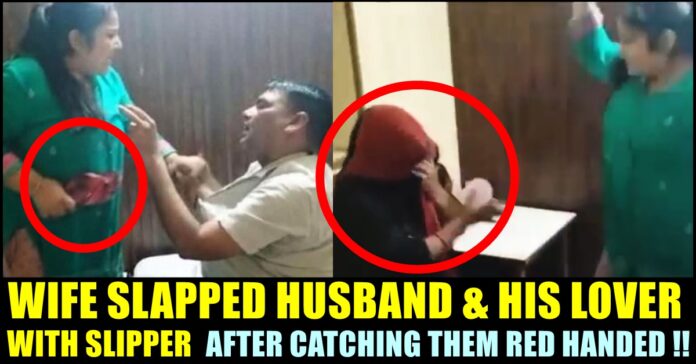 VIRAL VIDEO : Wife Caught Her Husband Red-Handed While Romancing With His Lover !!

A middle aged man named Dinesh Gopal caught red handed by his wife while romancing his lover in a hotel room. A video of the wife named Neelam beating her husband and his lover with her slipper is going viral in the social media platforms. It has been reported that the woman’s brother who accompanied her to the hotel room shot the video which became a subject to sensationalism in online platforms. 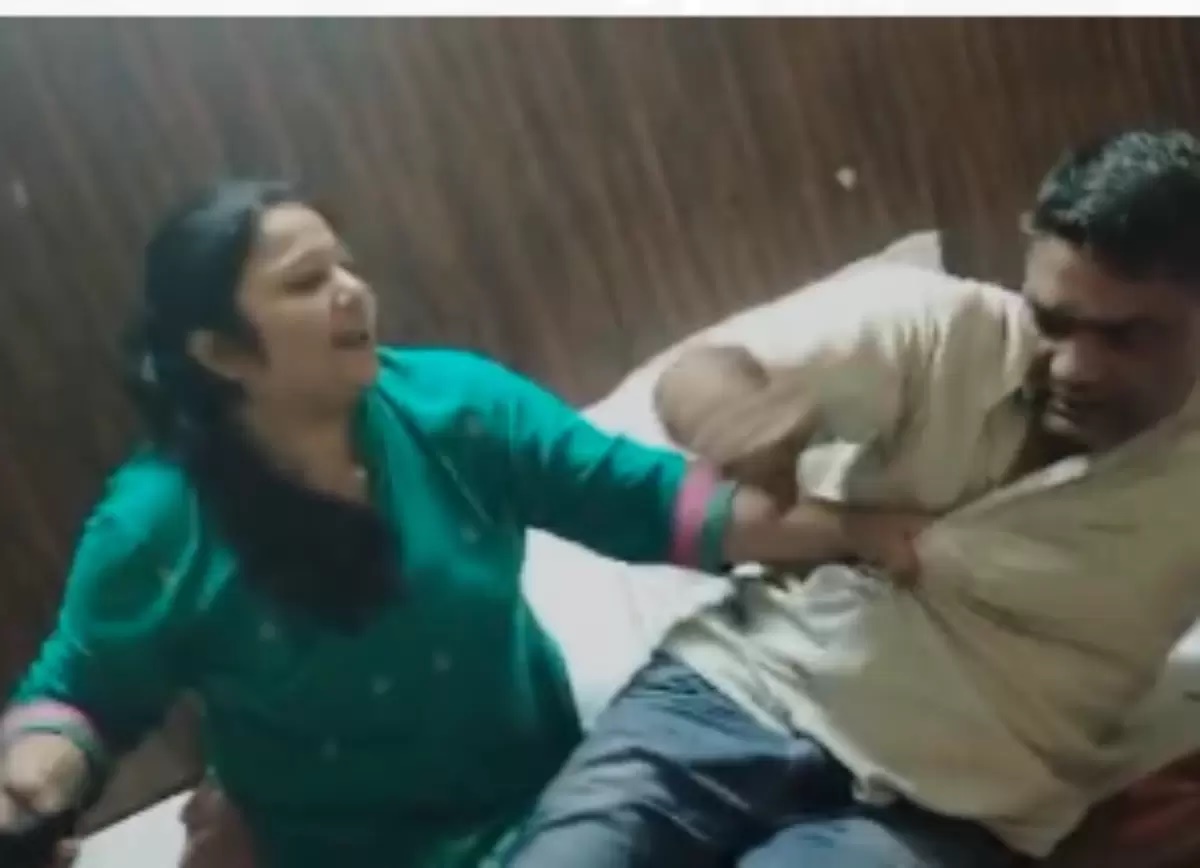 The incident took place in a hotel that is located in Agra of Uttar Pradesh. Being a resident of Deori Road, Agra, Dinesh Gopal is working in a hospital. Neelam whom he got married to, accused him of having an illicit relationship with another woman. They both were involved in a verbal spat over the husband’s behaviour as a result of which Neelan went to her maternal home and started living.

On Monday, Neelan heard about her husband living with a woman in a hotel room located in Delhi gate area. With the help of her brother, Neelam immediately reached the hotel room and found her husband with another woman. In a fit of rage, Neelam started hitting her husband with her slipper and the woman also got beaten.

In the viral video which is doing rounds across all the social media platforms, the husband could be heard repeatedly seeking apology from his wife. “There was a mistake. It won’t happen again. Just forgive me this time” Gopal was heard saying whereas the woman also sought apology from Neelam. The whole incident was recorded by Neelam’s brother.

Police officials reached the spot as soon as hearing about the ruckus. Gopal and his lover were taken to the Police station. Neelam told the Police that she is forced to stay in her maternal house due to Dinesh’s illicit relationship. The wife, reportedly accused her husband’s lover of threatening her and her brothers to file a false case against them.

Reports suggests that Dinesh Gopal belongs to Aam Aadmi Party. However, senior AAP leader Kapil Bajpai said that Dinesh Gopal got sacked from the party two years ago after he involved himself in anti social activities.

A video that shows an American woman abusing and hurling racist remarks at four Indian-American women sent shock waves among the internet users. The...

The Demise actor Irrfan who is known for his works in Bollywood film industry, left the entire country in utter shock. The 54 year...