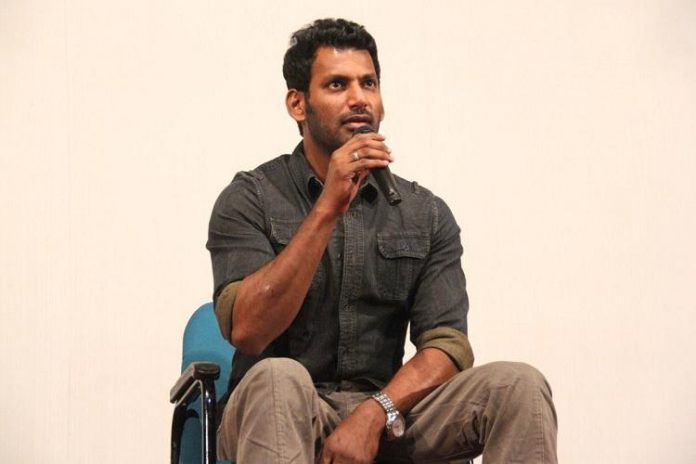 Actor Vishal, in the recent days, announced his entry into politics by stating that he will be contesting in the R.K. Nagar by-poll elections. The actor today came in a motorcycle to file his nomination papers for the  RK Nagar constituency by-poll election.

The actor made the surprise announcement on Saturday. Besides opposition DMK, ruling AIADMK’s E Madhusudhanan and the party’s sidelined leader TTV Dhinakaran are contesting for the prestigious seat.

According  To the Hindu, the actor has said that “I am contesting as an independent candidate. I will state my reasons for contesting this particular by-poll after filing my nomination.” 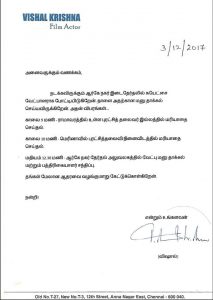 The 40-year-old actor, who will contest as an independent candidate, arrived at the office of the returning officer in Tondiarpet around 2pm.

Since today was the last day to file the nominations, there was a heavy rush outside the Tondiarpet office. Around 40 independent nominees were present for the nominations and they didn’t want the Actor to get any special attention since he is a VIP.

Totally 110 tokens were issued today, by the officials and Vishal received 65th token and he waited in the queue till he got his chance to file the nomination.