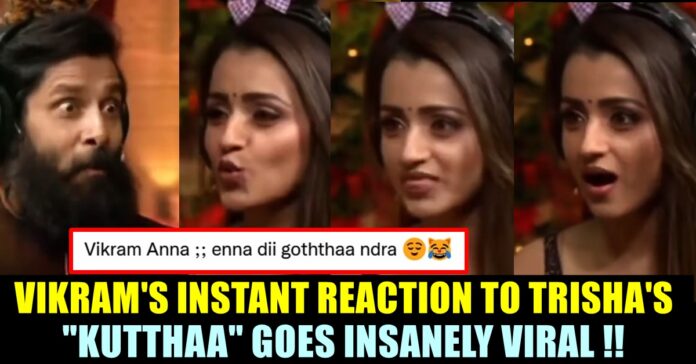 Actor Vikram’s reaction to Trisha’s pronunciation of “Kuttha” in the show of “The Kapil Sharma Show” is going insanely vial among the users of internet platforms. The actor, seemingly understood “ngotha”, a Tamil word that is widely used in Chennai city and expressed his shock, However, the actress made him understand by gesturing a dog. The particular clip from the video is going viral in the social media platforms.

To promote the “Ponniyin Selvan” movie, actors Jayam Ravi, Trisha, Vikram, Sobhita were visiting across the country. While promoting the film in the north part of the country, they participated in the “Kapil Sharma” show. The show included various tasks including the “passing the phrase just by seeing the lip sync” which requires the celebrities to close their ears and catching a given phrase from their co-stars by seeing their lip sync and passing it to the next one. 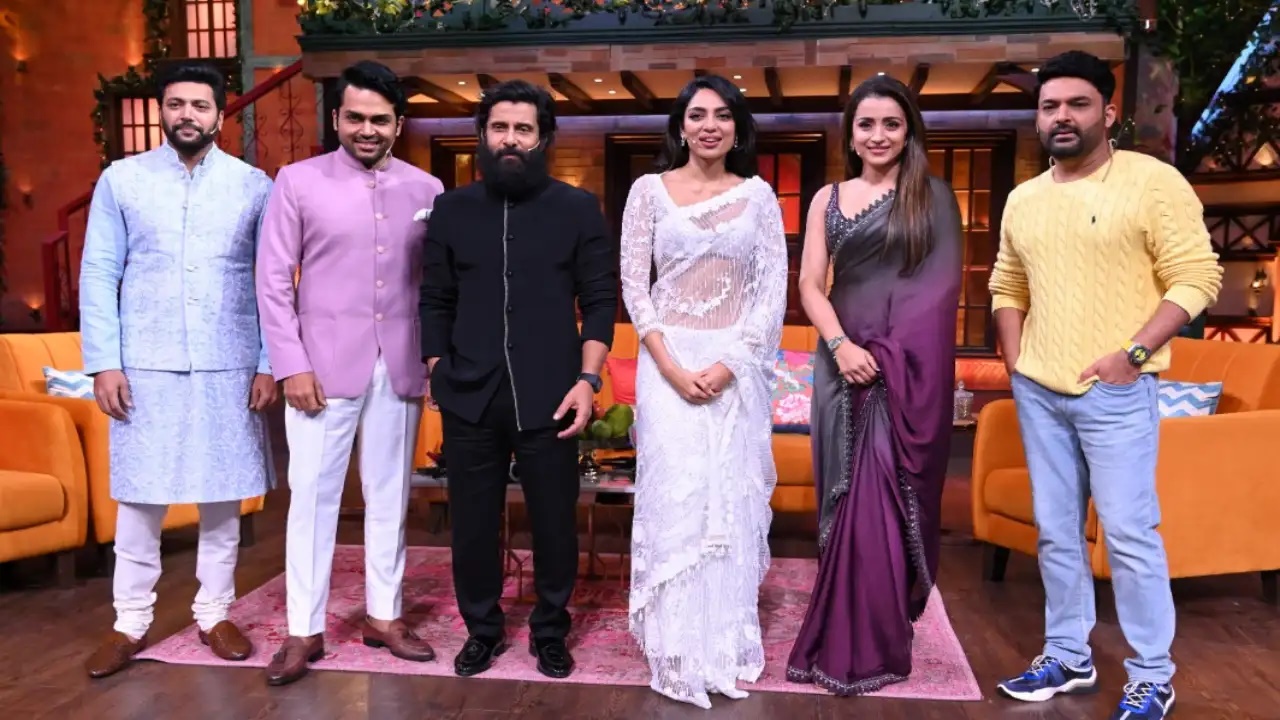 The celebrities from South India rocked the task with their hilarious expressions and humour sense. At a point, Kapil shrama gave a phrase which included the word “Kuttha” (dog). After getting the phrase from Sobhita, Trisha uttered the same to Vikram and the ‘Anniyan” actor’s reaction hearing it clearly denoted that he misunderstood with a famous Tamil cuss word “ngotha”.

Immediately Trisha understood the situation and used her hand gestures to make him understand.

proud of u girl. pic.twitter.com/sRqG0A8XWJ

“Ponniyin Selvan” is receiving highly positive reviews from fans post release. The dream project of converting “Ponniyin Selvan” book into a film was planned by many leading stars including MGR and Kamal Haasan. The dream is coming true only through the seasoned filmmaker who is known for giving master pieces in the history of Indian cinema. The most awaited trailer and songs of the multi starrer got released in the presence of Ulaganaayagan Kamal Haasan and Superstar Rajinikanth.

Comment your views on the reaction of Vikram after Trisha said “Kutthaa” !!

When the heinous crime that took place in Uttar Pradesh creating huge outrage in social media platforms with influential personalities condemning the act, a...