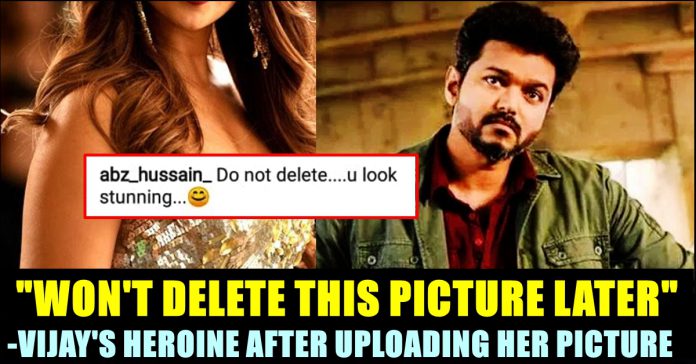 Social media networks have become a great platform for people to connect with each other. Moreover, celebrities also use it for connecting with their fans and for sharing professional as well as personal updates of them.

However, there are some people on these networks who have a hobby of criticising, shaming or trolling others and celebs are their favourite target. There is no doubt that being a celebrity, especially an actress, is not an easy task as media always keeps an eye on them and their every move is analysed.

leana D’Cruz is an Indian film actress who predominantly appears in Tamil, Telugu and Hindi films. As a recognition for her acting skills, She won the Filmfare Award for Best Female Debut- South for the 2006 for Telugu film Devadasu. She established herself in Telugu cinema with such commercially successful films as Pokkiri, Jalsa, Kick and Julayi. In Tamil cinema, D’Cruz has starred in Kedi and Shankar’s Nanban.

The actress who is very much active in Instagram with more than 1 crore followers, never missed to engage her followers with her pictures from photoshoot. Now she posted a picture of herself from a beach in white bikini. Laying on a lounge chair, Ileana was seen wearing a sun glass in that sunny days. What attracted her followers the more is her caption. She wrote “Felt marginally attractive. Might not delete later.”

Earlier Ileana dated an Australian photographer named as Andrew for years. In fact, Ileana had even once tagged Andrew as ‘hubby’ on Instagram, which led to much speculation wondering whether the two had tied the knot. However, they broke up and unfollowed each other in the photo posting social media platform. On 28 August 2019, Indian media aired the news based on social media reports that the couple have broken apart. The actress deleted all the pictures she took along with him. Many of her followers are speculating whether this caption is related to that incident.

Check out some of the reactions from her followers for this post :

Previous articleVijay TV Revealed Its Toppest Moment Of 2019 !!
Next articleRajinikanth Felt Weak After Watching This Movie Of Kamal !! WATCH

Ever since the video of Suresh Raina linked Chennai's culture with "Brahmins" by saying that he himself is a Brahmin, majority number of cricket...