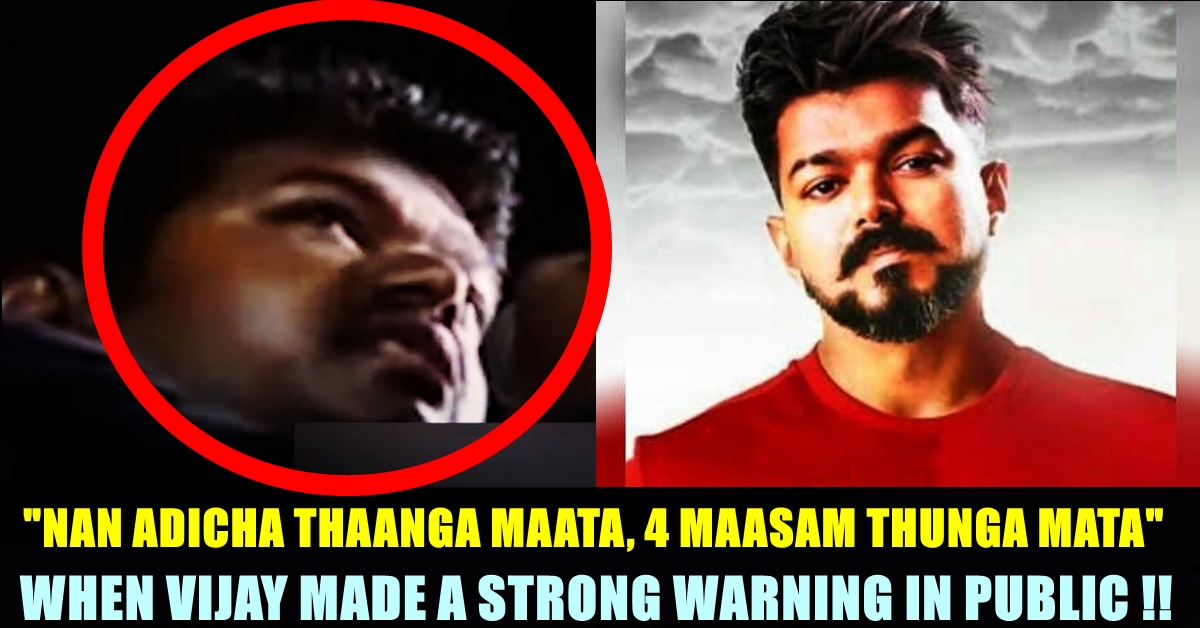 Actor Vijay who is being celebrated as a demi-god by his fans today, has recently made his fans go gaga over a single Twitter post of planting tree, while completing the challenge of Telugu Superstar Mahesh babu. The post became extremely viral as more than 3 lakh people liked it in the micro blogging social media site. Actor Vijay who is not an avid user of social media, surprised his fans through that post. Along with fans, many celebrities from cinema industry shared the post and appreciated the “Ghilli” actor for motivating enormous number of his fans.

Meanwhile, many social activists, politicians and few of his fans requested the actor to raise voice against EIA Draft 2020, on seeing the reach of his post and the way his fans are getting motivated. Unlike Suriya and Karthi, the actor didn’t state his opinion on the issue.

A week ago, an ardent fan of the actor named as Bala committed suicide due to depression caused by personal problems. The young lad posted a tweet saying that he is going to leave the world without watching his idol Vijay’s “Master” and without meeting him in person. Read : Heart Wrenching Final Tweets Of Bala, A Vijay Fan !. As soon as the incident took place, fans of Vijay demanded him to release a video motivating his fans not to involve in such activities in future. News surfaced saying that the actor had called the family members of Bala and consoled them personally. However, no public video was released on behalf of the actor.

Actor Vijay, for past four years, has been raising voice against social issues in his audio launch functions. In “Master” audio launch, he who was expected to talk about various issues avoided it for unknown reasons. Now, a 9 year old video of the actor raising his voice against Sri lanka for the loss of Tamil fishermen has been resurfaced in the micro blogging social media site.

In one of a post uploaded by a Twitter user named as Mathushani, she slammed the way Vijay victim blamed women in one of his earlier films “Sivakasi”. In the film directed by Perarasu, Vijay who questions Asin for not wearing a saree, can be seen saying that all the men would wish to live with her if she wears a sleeveless and shorts, in a way normalizing sexual harassment against women. He who schools her on how to dress in public, would have completely forgotten about men who are causing the trouble in the first place.

In this post, a user named as Kasun Gamage said “The man who said “Sri Lanka Should Be Wiped Off The World Map…” at 2011 Waiting..” to which another user uploaded the link of the video of the actor saying it to his fans during a speech.

In the original 11 minute long video, actor Vijay can be seen getting extremely emotional for the injustice that took place for the fishermen of Tamil nadu. “I never came to here to address about this issue as a politician. I came here as a Tamizhan who couldn’t keep his nerves on seeing his brothers getting attacked and murdered.” says Vijay who mentions the meeting as his Makkal Iyakkam’s first public meeting.

The actor says that he heard that more than 1000 fishermen of Tamil nadu got attacked and more than 500 killed. “They tied ropes around the neck and killed them by dumping the dead body in the sea. I wonder if they are humans or demons. “We are not cowards to be afraid of Sri lanka military. We came from a legacy which grew up drinking the milk of “Purananootru Tamizhachi” who shooed away a Tiger. We are the cubs” says Vijay and utters a famous song of him “Nan Adicha Thaanga Maata” from Vettaikaaran. He goes on to warn Sri lanka by saying that they will be vanished from the world map.

VJ Parvathy Finally Replied To The Mindless Comparison Of Herself With Mia Khalifa !!
Nakkhul Tried To Mock His Wife !! Check Out Her Savage Reply
Advertisement