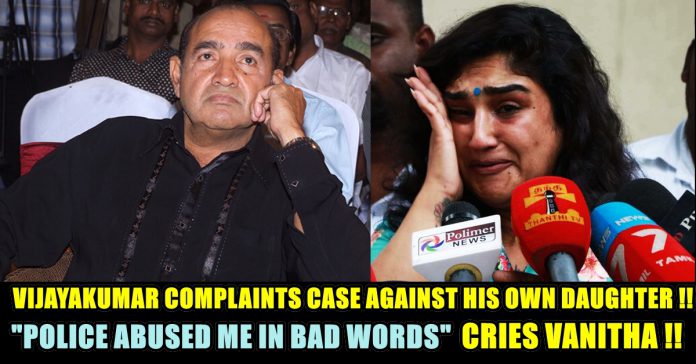 Actor Vijayakumar has filed a complaint against his daughter Vanitha after she refused to vacate a house. The said residence is located in Ashtalakshmi Nagar in Chennai.

As per the reports, the house is rented for shootings and Vanitha too had rented it for a week but refused to vacate citing that she too has rights to stay in the residence. “Post the shooting, Vijayakumar had apparently asked her to vacate the house, but Vanitha denied to do so and allegedly told him that she has equal rights in his properties like his other children,” Behindwoods quotes an official from Maduravoyal police as saying.

Vijayakumar lodged the complaint with Maduravoyal police in Chennai as well as with the city police commissioner but the cops have not registered a case as they want to solve the issue amicably. 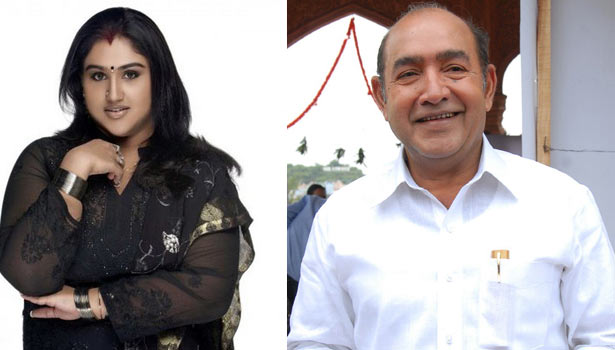 Meanwhile, reports in Tamil media state that Vanitha has been evicted from the house and eight of her friends have been taken into custody.

Vanitha has not been in the good books of her family for years now. Time and again, her familial dispute has come out in public. She is the eldest daughter of Vijayakumar.

As per the report in Vikatan says that Vanitha said “This is my Mother’s house, The name of the house is Manjula house. We used to shoot films there only. Currently I’m directing a film named “Daddy”. Lot of film’s shooting held there only. 20 days of “Daddy” film’s shoot happened there only where no issues happened. 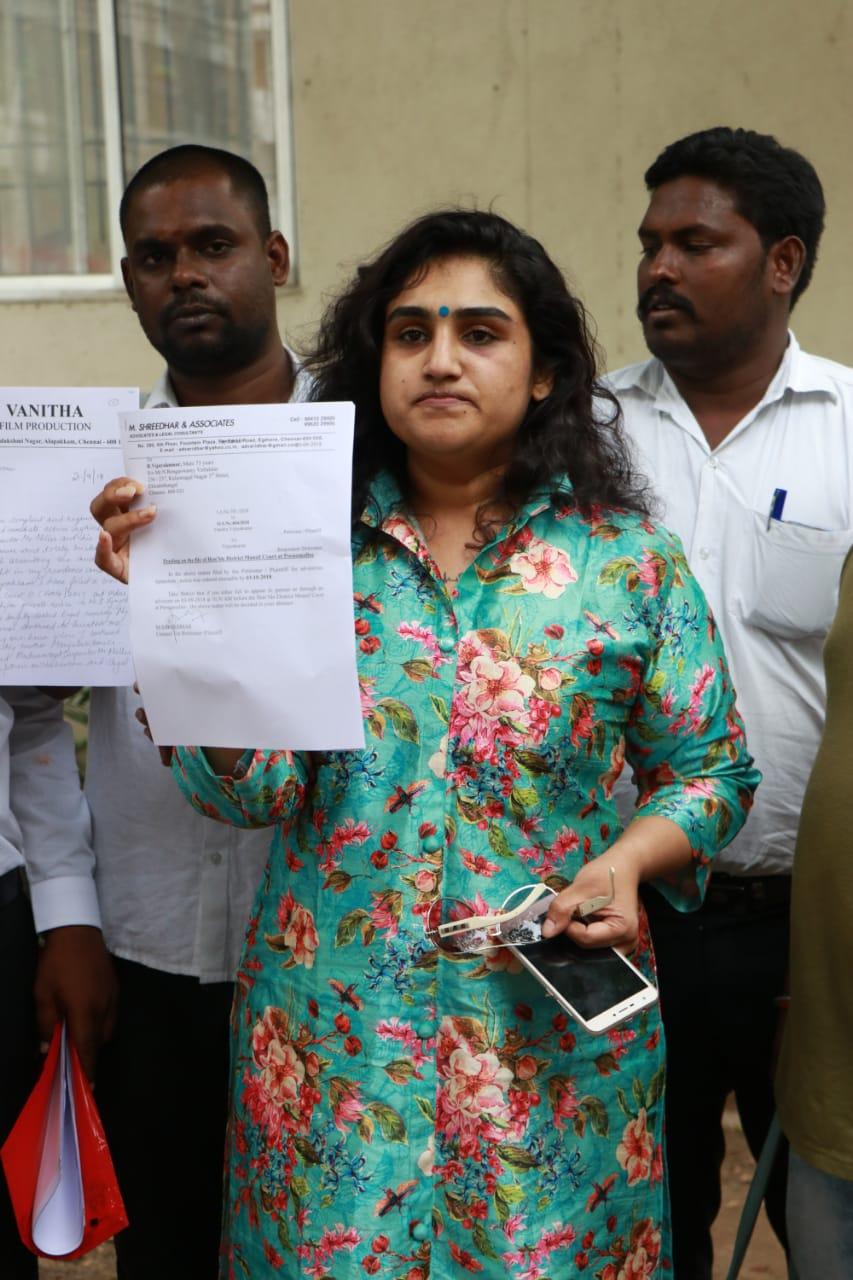 Suddenly my father threatened me to go out of the house. I am a single mother of my daughter. He forced me to get out of home in a daily basis. He said that he is going to let the home for rent. After so many days of torture I too accepted to pay the rent but he only motivation is to get rid of me from the house.

I could not tolerate the behaviour of my father which led me to file case in the court. This is the house of my mother which means that it belongs to me too. Meanwhile my father asked the Inspector to file FIR against me. As an effect of it, while we were discussing about the film yesterday, Maduravoyal Police Inspector with 15 other Police officers arrived the place and arrested my crew members by attacking him. 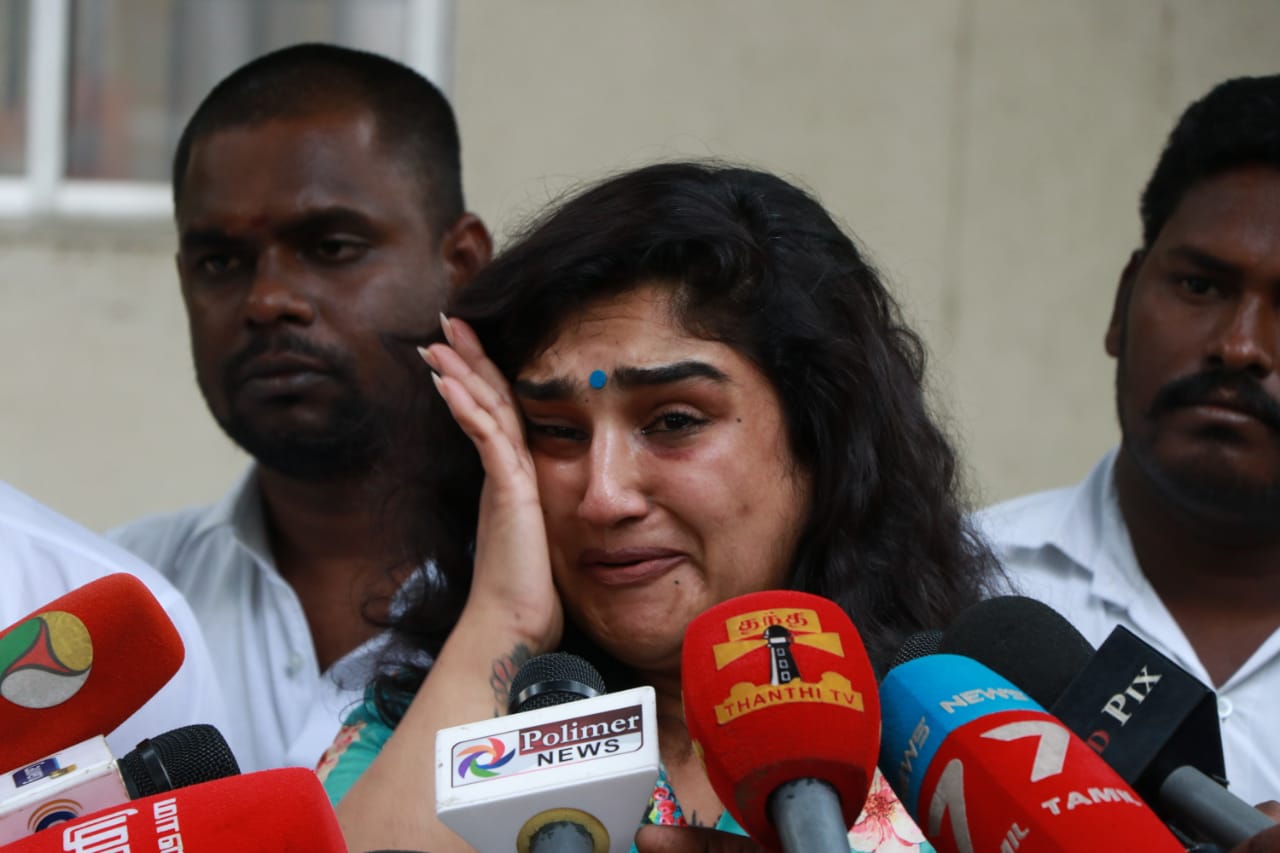 I was beaten by the Inspector form which I stumbled and fell down. He abused me with bad words in order to send me out of the house. As I denied they dragged me to the entrance of the house and pulled my phone off. They also threatened to kill me in encounter.

This is not my rental house but my own. This is the address which surfaced even in my passport. No flaw in my side and I need justice” said Vanitha.