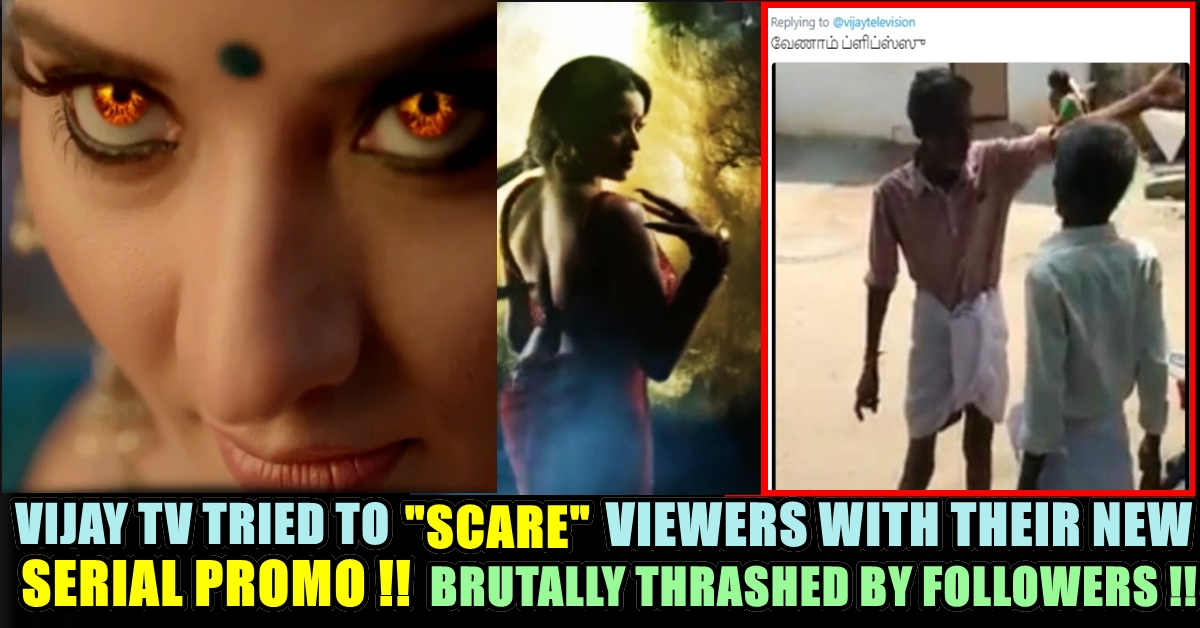 Adhe Kangal (Adhey Kangal) is an Indian supernatural thriller television series, that aired on Vijay TV from 1st October 2018 (1st Episode) to present, on Monday through Friday at 10:30 pm. Antara Biswas and Niyati Fatnani are the lead cast of the series along with an ensemble supporting cast including Harsh Rajput, Sonyaa, Ritu Chaudhary and Smita Bansal. The show is Original in Hindi and aired on StarPlus as Nazar and streams on Hotstar. This is a supernatural thriller Story that airs on Vijay TV. Bhojpuri film Actress Antara Biswas was Selected to Main Antagonist role of Mohana. Yeh Moh Moh Ke Dhaagey serial Niyati Fatnani landed in Protagonist role opposite Piya in the Show. Janbaaz Sindbad serial Fame Harsh Rajput was selected to the role of Ansh Who played an Important role. The fiction is launching from October 8th, every Monday to Friday at 10.30 pm onwards.

The show Adhe Kangal is a dubbed version of the popular supernatural thriller Hindi television series Nazar, which airs on StarPlus. The story revolves around the Ghost mohini, who kills people to remain young. This 200 years old, devil Mohini troubles rathod family.

She captured Mridul with her evil sight, who belonged to the Rathod family. Their marriage gave them Ansh and Kajal. Mohini’s intention was to kill Mridul slowly to remain young and the Rathods were unaware. After the death of Mridul, Mohini gets revealed by Divya and kills her. Her kids Ansh and Kajal will be adopted by Vedashree. 18 years later, Ansh looks like a normal person, but he has some super natural powers because he is the son of 200 years old Daayan. Vedashree worries about Ansh and his powers. What happens  next? Will mohini return back to the family? In a way of promoting this “horror” serial, official twitter account of Vijay Tv released a promo never like before. The promo made in a intention of terrorizing the viewers but unexpectedly most of them who witnessed it started to troll.

Check out the reactions from the followers :

What do you think on the promo ?? Did you really got scared ??

PUBG Banned 13 Million Users For This Reason !! Are You One Of Them ??
Rumours On Rythvika After Winning The Title !! The Actress Shocked & Reacted !!