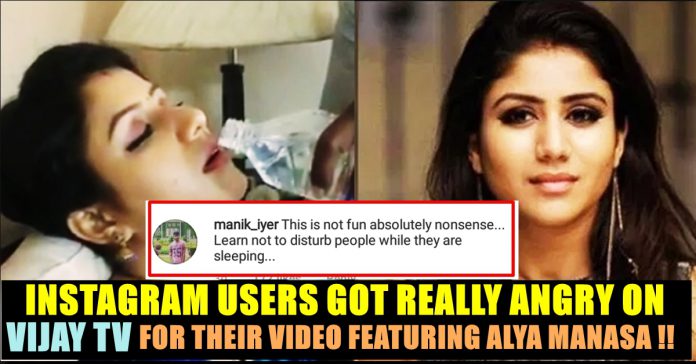 Social media is a place where almost every individual would seek attention from others. In this digital era we could hardly witness anyone who does not have a Facebook or Instagram account. Not only common accounts, even verified accounts with enough fame also requires attention to keep their forum engaged.

In an attempt of keeping their followers engaged Vijay Tv  involved in an act of prank with their own Television actress. The  verified Instagram account Vijay television which has more than 21 lakh followers surprised everyone and mostly received hatred comments. Not known either the channel did it to grab followers or to connect with its audience, the post turned made the actress’s fans so angry as they expressed their hatred through comments. 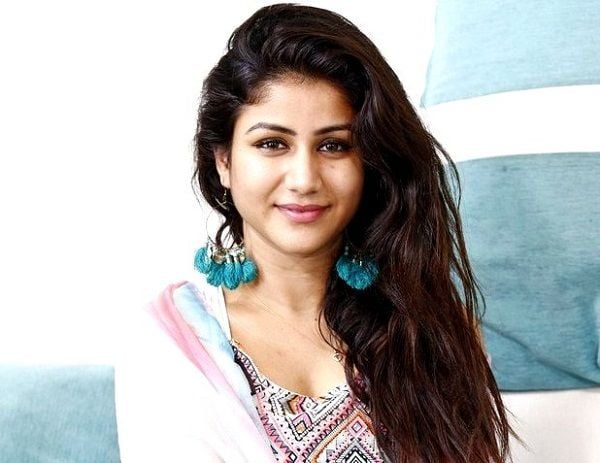 The video shows Alya Manasa who is doing a role named “Semba” in a serial in Vijay Tv sleeping with a tired face. On of a technician takes a bottle full of water and pours it inot her sleeping mouth. Not knowing what just happened Alya Manasa woke up and wiped up the water spilled in her mouth with a sleepy face. Alya Manasa is an Indian Television actress who is famous for her Tamil dubsmash videos. She is playing a lead role in Raja Rani, which has been telecasting by Vijay TV. Her dubsmash videos are very popular and she has a huge fan following on Instagram, Facebook and Twitter. 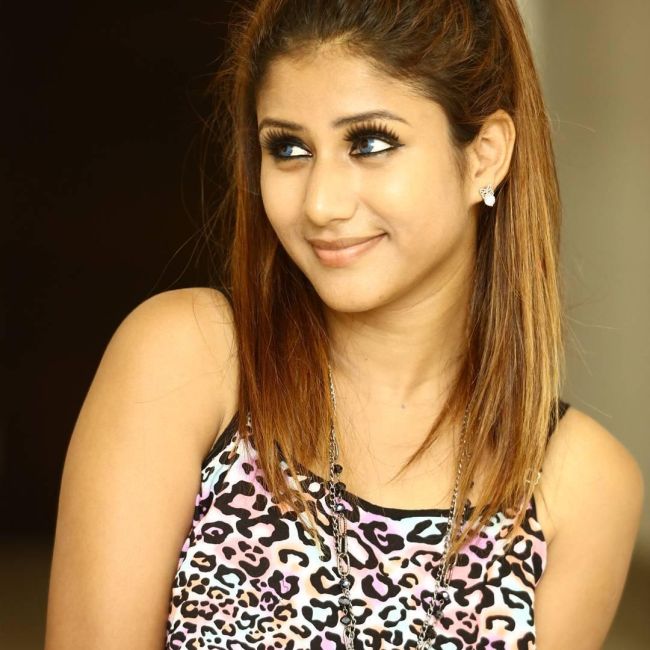 She made her TV debut in ‘Manada Mayilada Season 10’ which was telecasted by Kalaingar TV. She then got a chance to work with Vijay Television. Alya Manasa is currently playing a lead role of Semba’s character in Vijay TV’s Raja Rani.

What do you think on this video posted by Vijay Television?? Comment your views below !!

Hanan Hamid, the college student from Kerala who was trolled for selling fish in her uniform, has handed over Rs 1.5 lakh for flood...