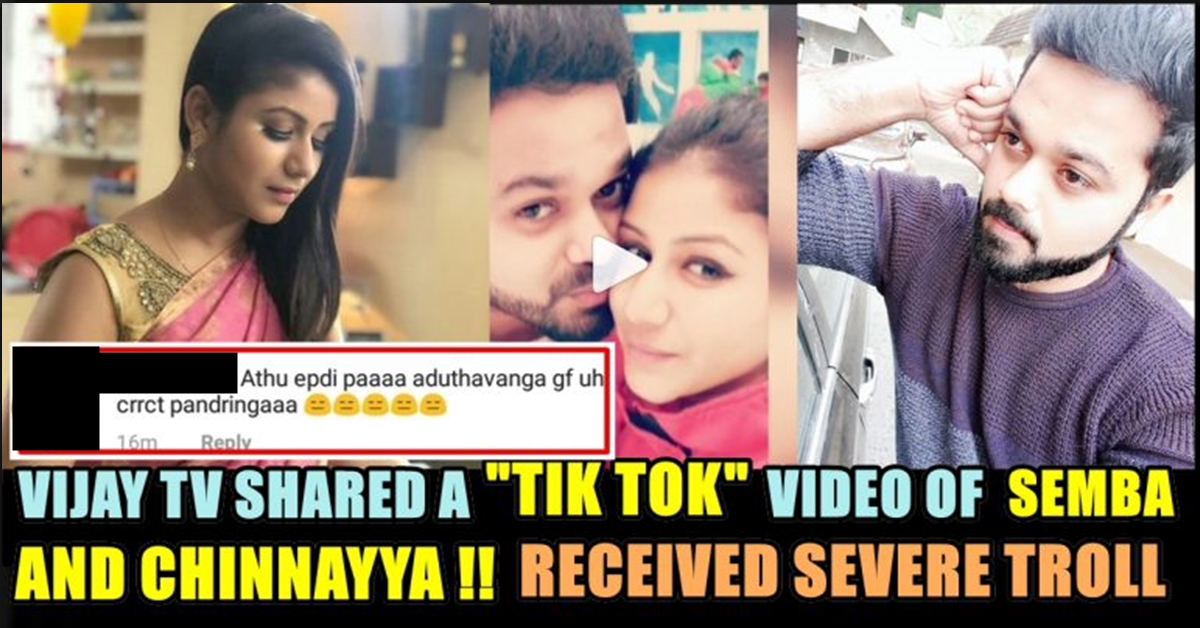 Alya Manasa is an Indian Television actress who is famous for her Tamil dubsmash videos. She is playing a lead role in Raja Rani, which has been telecasting by Vijay TV. Her dubsmash videos are very popular and she has a huge fan following on Instagram, Facebook and Twitter.

She made her TV debut in ‘Manada Mayilada Season 10’ which was telecasted by Kalaingar TV. She then got a chance to work with Vijay Television. Alya Manasa is currently playing a lead role of Semba’s character in Vijay TV’s Raja Rani. It is widely said that Alya manasa is in love with Sanjeev or ‘Chinnaya’ as she calls him in the Raja Rani serial. She was giving hints in several posts but finally revealed their relationship on Instagram recently.

The couple also received best popular pair award at behindwoods gold medals recently. The actress posted a photo  of it in Instagram as well.

In her earlier interviews, Alya has openly claimed her love for then boyfriend/dance partner Manas whom she met and fell in love with at Maanada Mayilada. She told one of her interviewers about how Manas tattooed his name on her wrist. He had Alya’s name tattooed as well. 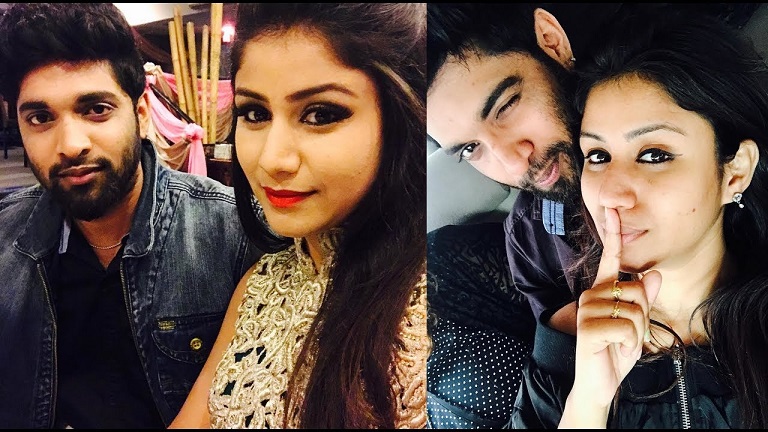 They were going strong and even released cute and romantic Dubsmash videos that went viral. Selfies, birthday celebrations, surprises and even Valentine’s wishes, they were going all out on social media as a loving couple. After the news of her breakup surfaced many fans shocked and expressed their thoughts through social media. Now Vijay tv has uploaded a new “Tik Tok” video of Sanjeev and Manasa which had “Thuli Thuli” song in their background.

This video received major backlash from the followers of Vijay tv as they seemed very much disappointed with the post. Some people also trolled the channel for ruining a beautiful song. Check out them here :

Sources reveal that Alya’s fame and closeness to Sanjeev came in the way of their relationship. Despite being shocked at Alya’s request from a break -up initially, Manas is now moved and began a relationship with another girl named Subiksha. The posts of the couples receives so much loves and likes from the social media users. Anyway they ignore the nasty comments in order to lead their life happily.

Anupama Parameshwaran Wants Her Boyfriend Like This !! Reactions Are Just ROFL !!
Fan Tried To Mock Mitchel Johnson By Calling Him “Silly” !! Check How He Replied !!