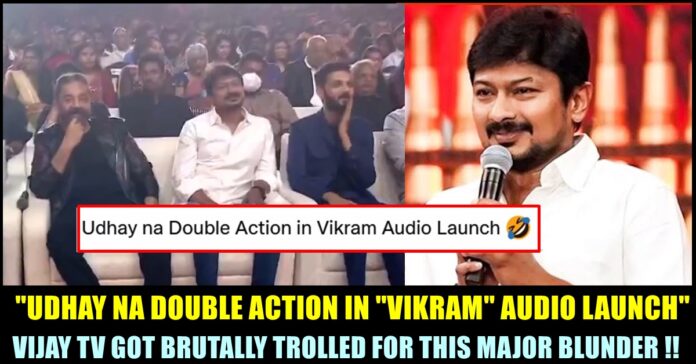 Vijay Television which telecasted the most awaited Vikram audio launch in their channel around 3 PM on Sunday, became a subject to severe online troll for a major blunder committed by the editors of the show. Fans spotted out the lazy effort of two cuts of Udhayanithi Stalin delivering his speech and  listening to the speakers by sitting along with Kamal Haasan placed back to back. 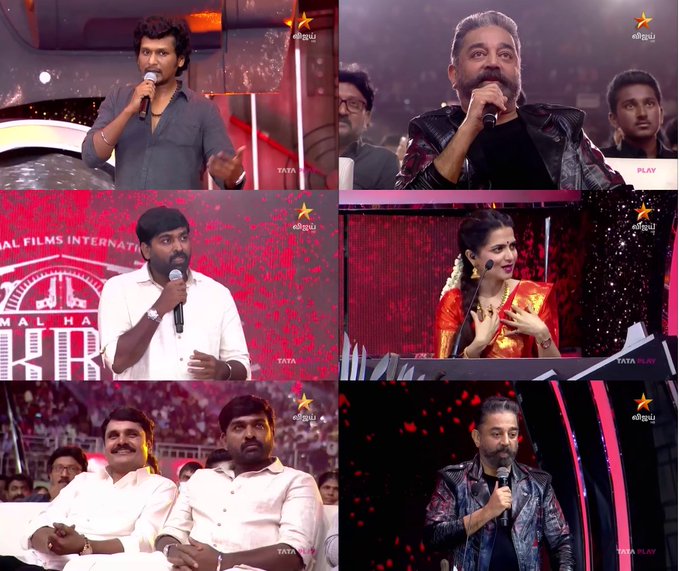 Hilarious reactions trolling the channel for their poor edit surfaced in social media platforms. Many tagged the channel’s official social media handles and dropped comments calling out their lack of focus in editing a grand show that involves big names such as Kamal Haasan, Simbu, Udhayanithi Stalin, Vijay Sethupathi etc.

The most awaited release of Vikram’s trailer and audio happened in the evening of Sunday and raised the expectation level of audience to another level. Fans started speculating the story of the multi starrer flick as soon as witnessing the two and half minute trailer. 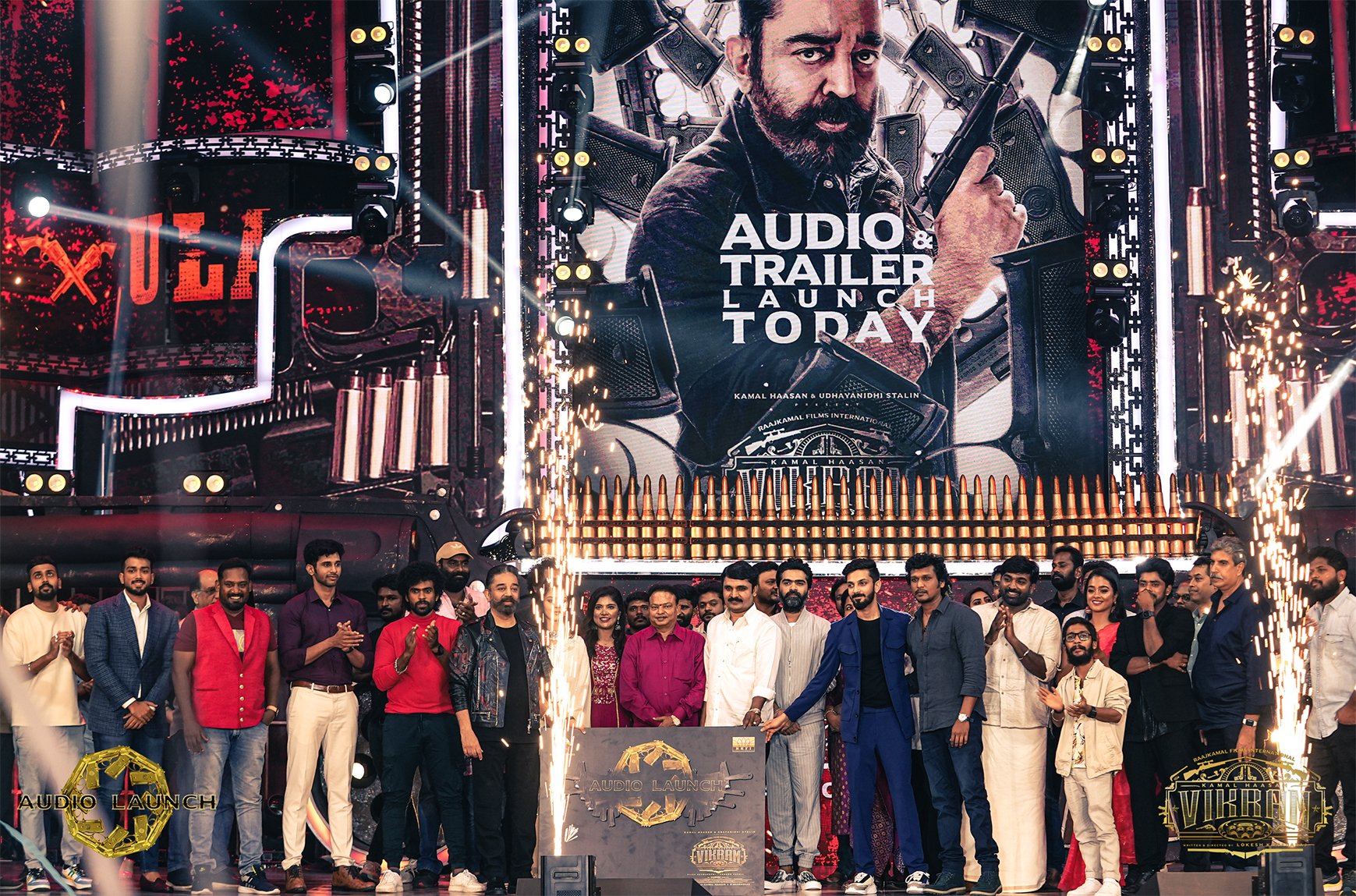 The show got telecasted a week later in Vijay Television which acquired the satellite rights of the film. Fans were eagerly waiting to witness the event that contained the speeches of Pa. Ranjith, Kamal Haasan, Simbu, Udhayanithi Stalin etc.

It is common among the producers of such events placing different shots at a said time to make it look even more interesting for the television audience. During the streaming of Vikram audio launch, fans spotted out a major blunder committed by the editors of the show.

That particular video clip is doing rounds in social media platforms with fans trolling the channel management. Check out some of the reactions below :

Why editing is not just ‘oru cutting oru otting’! https://t.co/OpV9FSmyOX

For the first time in Tamil tv history @Udhaystalin doing a dual role in a tv show.. 😂😂😂 https://t.co/lYUZ77xl92

Previous articleBREAKING : Verdict In The Sensational Dowry Death Case Arrived!!
Next article“Learn From Him” – Fans Advised Nelson & Vinoth After Watching This Video Of Lokesh Kanagaraj