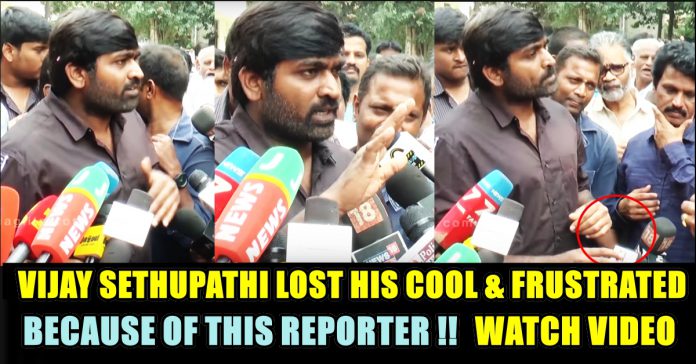 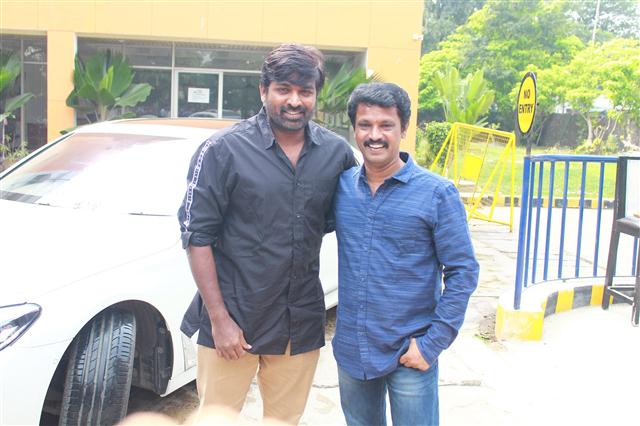 Now today along with Director actor Cheran, Vijay Sethupathi attended a press meet where he politely answered all the questions raised by the reporters initially. When the reporter asked about the solution for the problems created by Producer’s council, Vijay Sethupathi remembered the video of “Aan Devathai” director Thamarai’s emotional speech. “To know about the whole problem and to find the solution, you come into it and make a story about this if you are a reporter, only then you would come to know where the problem starts and where it travels” said Vijay Sethupathi to the reporter who kept on confronting him by asking “So the general body has nothing to do with this ??”

For this Vijay Sethupathi who lost his cool and said “You are not listening to my answer, all you want is to create controversy.  The problem has so many barriers is what I am saying but you are expecting something else”.

When the reporter asked about if producer council is being partial between high budget film and low budget film Vijay denied and said “I never experienced it. Can’t comment what’s not experienced. That’s what I’m saying from the very beginning it is a big complicated issue, come to my office I will explain it to you in detail. This is not a place to talk about it”

What do you think on his way of handling the reporters ?? Comment your views below !!

Previous articleFamous Bollywood Actress Sonakshi Sinha Ordered Headphone Online !! Check Out What She Received !!
Next articleMan Raped Woman For One & Half Years With Whom He Became Friends Through Whatsapp !! SHOCKER !!

This Young Actor Got Extremely Angry On Tharshan For Questioning Kavin !! CHECK OUT !!

Actress Anu Immanuel who became familiar among Tamil audience after pairing opposite to Sivakarthikeyan in "Namma Veetu Pillai", debuted in Tamil film industry through...