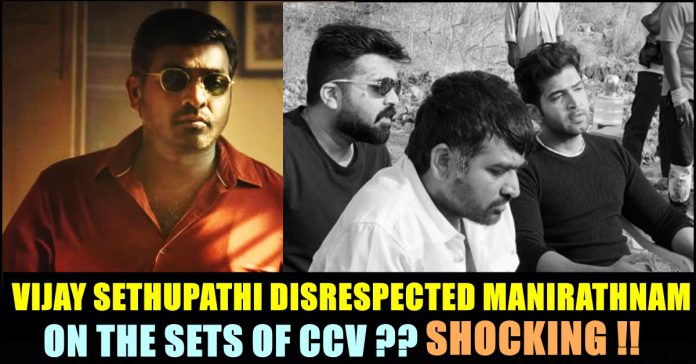 Vijay Sethupathi, one of the busiest actors of Kollywood industry, loved by majority number Tamil cinema fans for his natural way of delivering performances. Irrespective of his market and fan base, the actor is portraying various characters and concentrating in content oriented films. The actor who is very much known for his versatility, played role of a transgender in Super Deluxe, 70 year old theatre artist in Seethakadhi, Police officer in Chekka Chivantha Vaanam. He also played villain for Super star Rajinikanth in Petta and in Vijay’s Master.

Days later, reports suggested that Vijay is going to replace Kamal Haasan in “Thalaivan Irukkindran” which is going to be produced by Kamal’s own banner Rajkamal International. Now, popular movie journalists of Valaipechu youtube channel has revealed an unknown fact about the actor and questioned how the actor is going to cope up with the project of Kamal Haasan which might be directed by himself.

A unit member who worked in the sets of Chekka Chivantha Vaanam has reportedly told that Vijay Sethupathi made Manirathnam to worry a bit while acting in his Chekka Chivantha Vaanam. The unit member said that director Manirathnam usually would teach his actors how to act in a scene by acting. But Vijay Sethupathi refused to get acting lessons from a legendary director like Manirathnam and said that he will act on his own. “While every other actor accepted to act as per Mani sir’s wish, this could have worried him a bit” the technician said, according to Valaipechu. “This made him to wonder how Vijay would behave in a set controlled by Kamal Haasan” Anthanan, one of a journalist added.

Watch the video below from 1st minute :

Vijay Sethupathi is one of an actor who doesn’t have belief in an actor changing into a character while acting. In one of an interview the actor said that he would always do what he would usually do in real life rather than trying to change as another person to portray a character.

Chekka Chivantha Vaanam is a mutistarrer film which had actors Simbu, Aravind Swami, Arun Vijay and Vijay Sethupathi in the lead role. The film’s plot revolves around three brothers confronting each other to take power of his deceased father. The film was produced by Manirathnam himself along with Lyca Productions.

Just In : MSD’s Unseen Face Caught On Camera : You Will Love This One From The Skipper !!

Zee Tamizh Editors To Be Nominated For Academy Awards This Year !! Their “CCV” Version Edit Got International Acclaim !!

The trailer for arguably the biggest multi-starrer of Tamil cinema this year, Chekka Chivantha Vaanam, which was released a week back, has raked in more than 8 million...