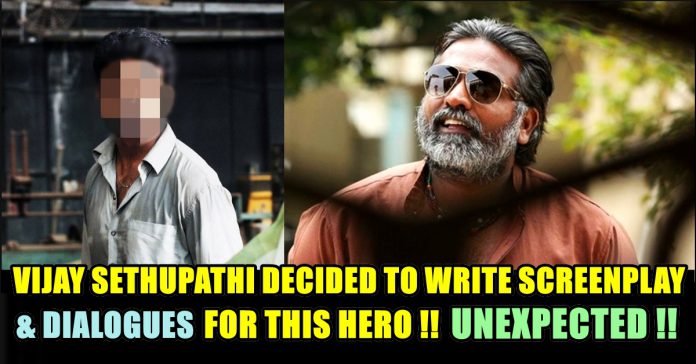 Vijay Sethupathi, the busiest actor in Kollywood has sung songs couple of times for other heroes, did cameo appearance for few movies for directors in other hero movies such as Imaikka Nodiagal, Koditta Idangalai Nirappuga, Jigarthanda etc. He also produced movies such as Merku Thodarchi Malai which is a movie the actor does not appeared as lead. Now for the first time VIjay Sethupathi decided to pen for a film which going to be starred by some other hero. The actor currently enjoying the victories of Chekka Chivantha Vanam and 96 has films such as Super Delux directed by Thiyagaraja Kumararaja, Seethakathi lined up for theatrical releases.

In this busy schedule the actor himself announced in his official twitter account that he has decided to pen for Vikaranth. Vijay Sethupathi may have penned dialogues for his own production venture Orange Mittai where he played the lead, but for the first time the actor is writing the screenplay and dialogues for another hero’s movie. VSP will be taking this new avatar for actor Vikranth’s new film, directed by the Vikranth’s brother Sanjeev. The brothers had previously collaborated for the critically acclaimed movie Thakka Thakka.

“Actually, the script I wrote was meant for Sethu. When I approached him and narrated the gist of it, he said he liked the story and suggested that it would be apt for Vikranth. Not just that, he also asked if he could write the dialogues for the film,” Sanjeev reveales to DC. 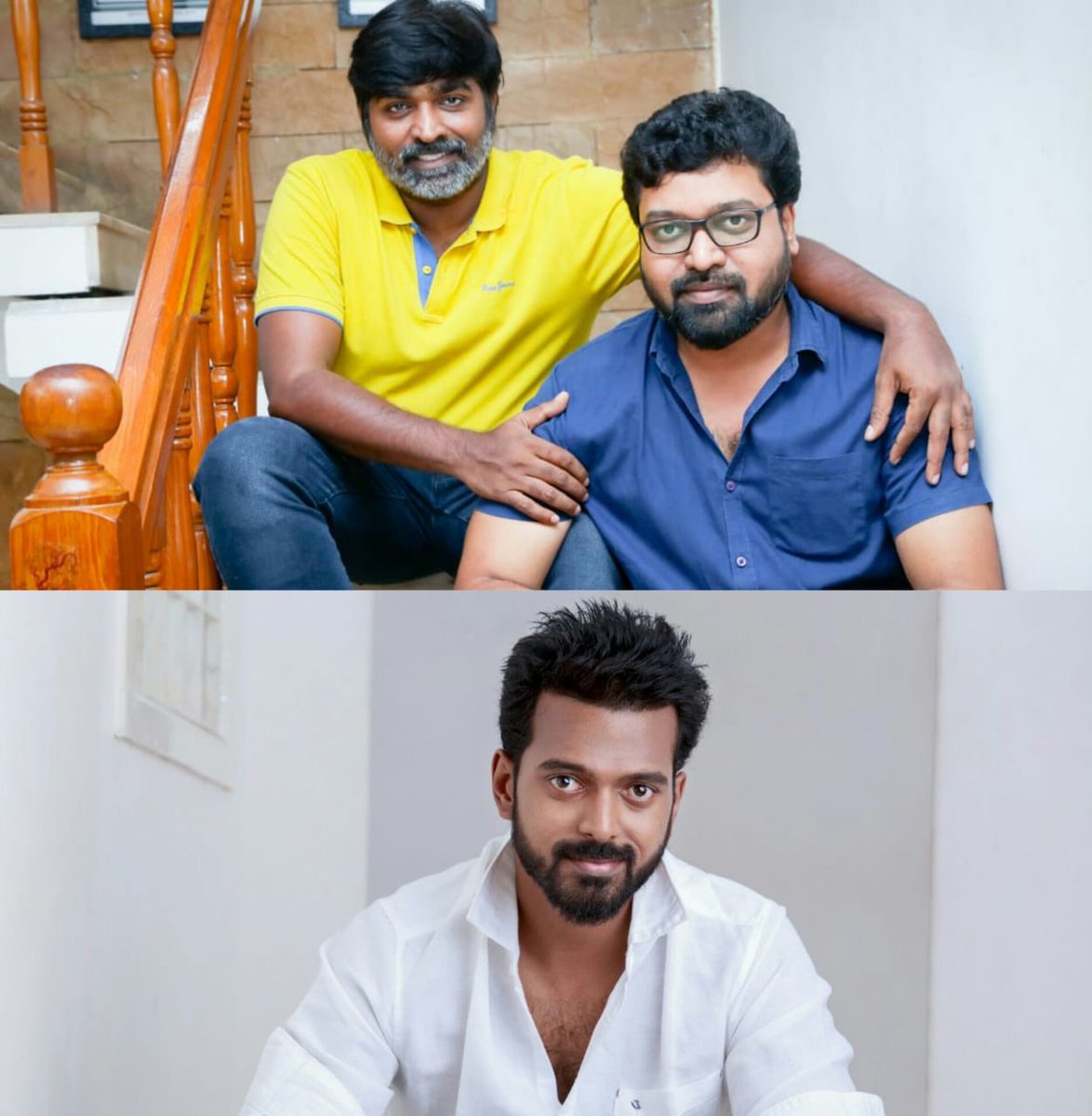 Sanjeev is wondering as to how Sethupathi, who is extremely busy and shooting back to back, would manage this feat. “But Vijay Sethupathi promised that he would do it whenever he gets spare time in between shoots. Sticking to his word, he would call me at night after completing the day’s heavy work and would sit with me for story and screenplay discussions. He also penned the dialogues himself. His contribution is invaluable to the film. Both Vikranth and I will remain ever grateful to Vijay Sethupathi sir for what he has done with the intention of helping my brother.” 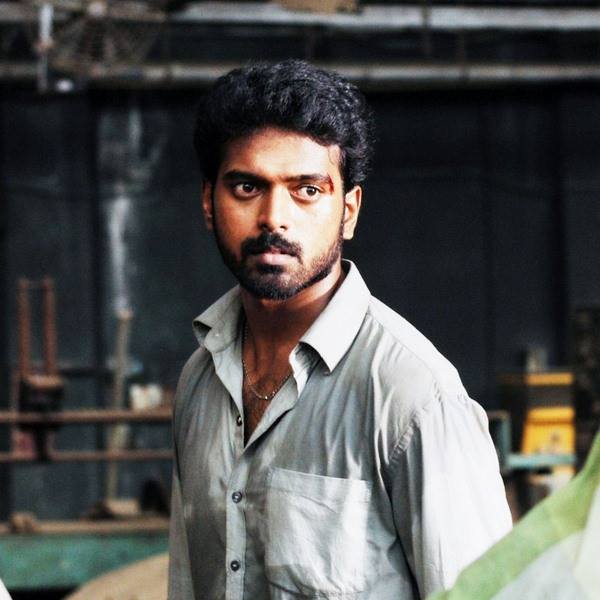 Sources say that the actor finished shooting for his scenes in Chiranjeevi’s period war film ‘Sye Raa Narasimha Reddy’ and all set to fly to Thailand for the 40 days shoot of his untitled action drama film with Pannaiayarum Pannaiyarum and Sethupathi director Arun Kumar. 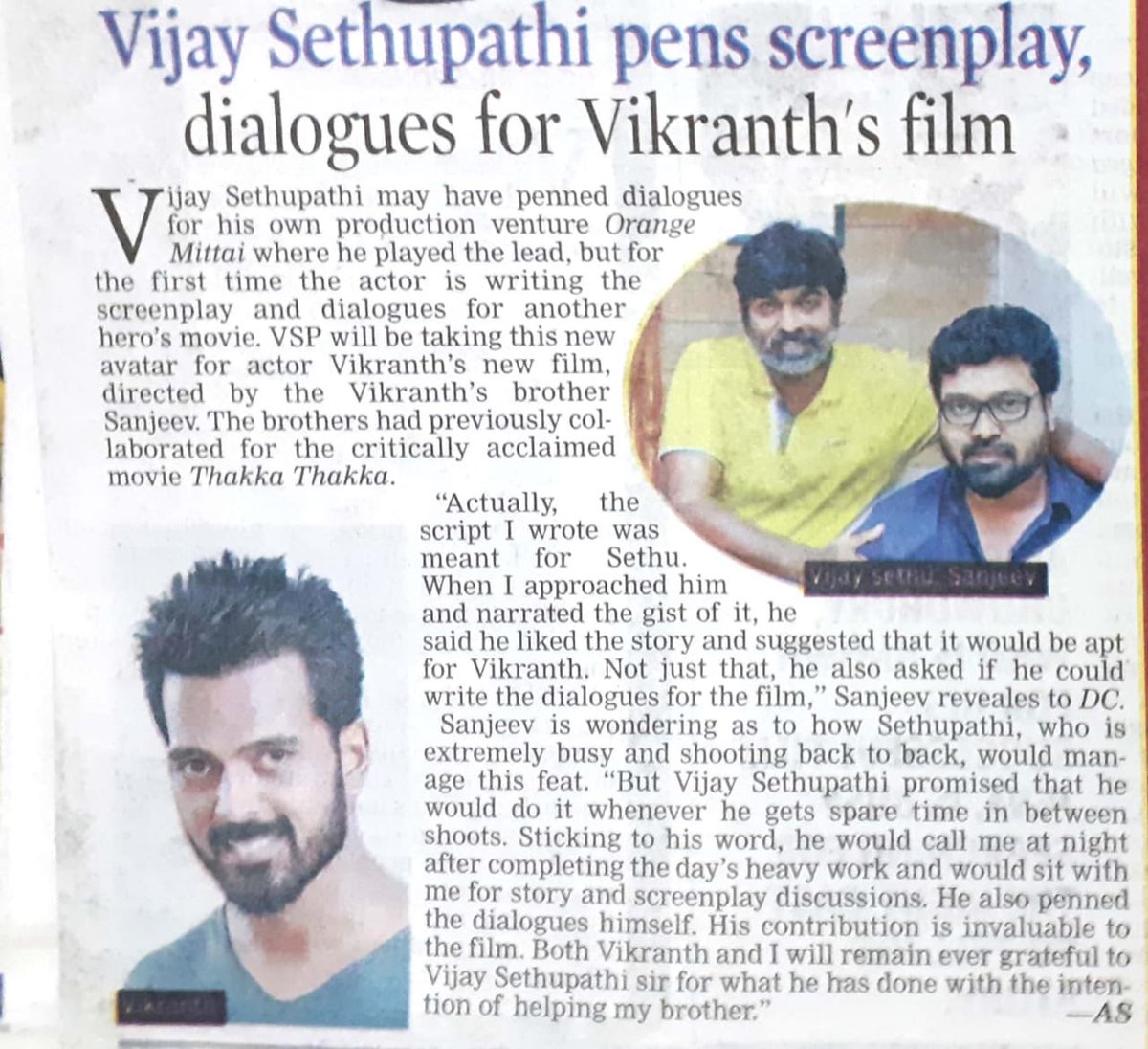 The actor also signed a new film which will be directed by his mentor Seenu Ramasamy with whom he had worked in Dharma Durai and Thenmerkku Paruvakaatru.

What do you think on Vijay Sethupathi’s new avatar ?? Comment below !1

Mahesh Babu Watched “SARKAR” & His Reaction Is Winning Hearts Of Many !!

Sarkar ran into rough waters even before its release when Varun Rajendran accused director AR Murugadoss of plagiarising the story of his film Sengol. The...