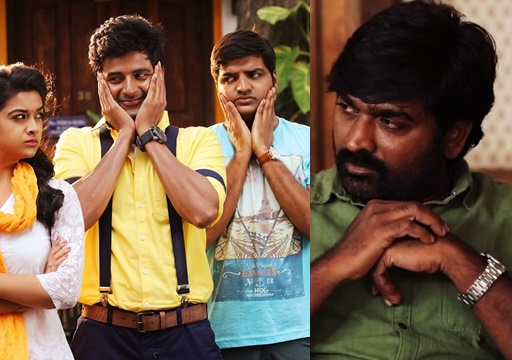 Vijay Sethupathi who is currently busy promoting his upcoming film “DSP”, took part in a fans meet which was hosted by Azar and TSK, famous mimicry artists. The show runners showed him a video of Sivakarthikeyan mimicking Vijay Sethupathi in an older interview and asked him his opinions.

“All the actors with whom I acted as Villain are seniors. On thinking we both are going to share screen space, the responsibility increases” Vijay Sethupathi said and further added “I will act as a comedian in your movie instead of Soori or Sathish”

“You will have Soori Or Sathish in your movie, right?? I will do any of their characters” Vijay Sethupathi said. “I will do comedy well. While you roam behind heroines, I will help you instead of them” Vijay Sethupathi said. “I have finalized the story. If you prepare yourself and come, everything else will be done. Soori will be upset over me, I will talk to him, I’m acting in his film” he added.

It is notable that Sivakarthikeyan is often criticized for romanticizing “stalking” in his movies. His films such as “Remo”, “Varuthapadatha Valibar Sangam”, “Maan Karate” came under scanner for the same reason. The actor is currently concentrating in content oriented movies and did movies such as “Hero”, “Doctor” in the past as well. However, Vijay sethupathi’s joke in the fans meet was made in a way of taking dig at the actor’s script selection and he apparently made fun of the actor chasing heroines in his movies with the help of a friend, role that probably gets played by a comedian. 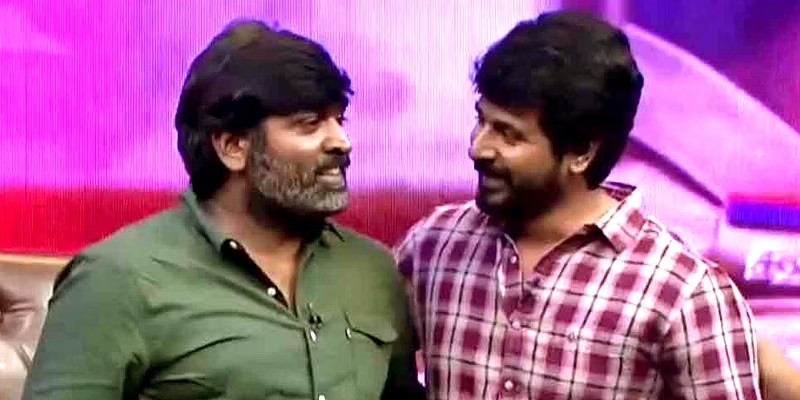 On the work front, Vijay Sethupathi is expected to be seen in films such as “Jawan”, “Michael”, “Merry Christmas “, “Viduthalai”, “Gandhi Talks”, “Mumbaikaar” and other films. Sivakarthikeyan’s who was last seen in “Prince”, is going to appear in “Ayalaan” directed by Ravikumar and “Maveeran” of Madonne Ashwin.

As soon as the top order of CSK collapsed within the three overs of the first innings, social media using CSK fans got extremely...