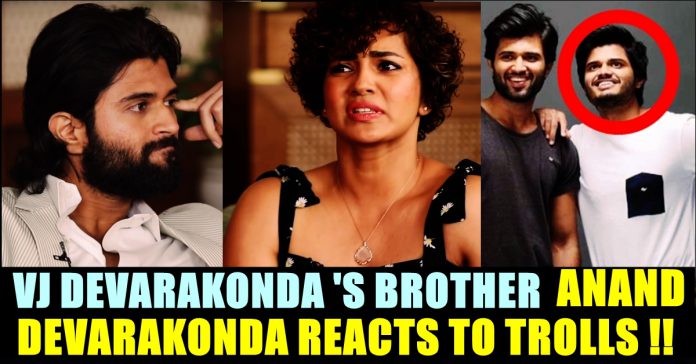 The interaction between emerging actors across the country for Film companion is making headlines since it got surfaced in the youtube channel of the same. The interview had Bollywood stars Ayushmann Khurrana, Alia Bhatt, Deepika Padukone, Ranveer Singh, Manoj Bajpai posing along with South cinema’s Vijay Sethupathi, Arjun Reddy star Vijay Deverakonda and Malayalam actor Parvathy Thiruvothu.

Actress Parvathi who is known among Tamil audience for her performances in films like Poo, Mariyaan opened on why she chose not to act in films that has item songs or misogyny perspective. Parvathi clearly said that there is a fine line between what misogyny is in society and glorifying it. The actress further compared Joker and Arjun Reddy to make her point clear about glorification and simply portraying. Joker is a recently released hollywood film in which the titular role was essayed by Joaquin Phoenix.

“Arjun Reddy or Kabir Singh had the visual grammar of glorification but Joker didn’t. In Joker when we see the character killing everyone we are not getting influenced. The film literally showed us the facts and we can leave it where it is after watching it. But Arjun Reddy influenced many and we can see it in the internet” said Parvathi who labelled Arjun Reddy as a misogynist movie in front of the one who played the lead role in it. The actress even added that actors should be responsible by not being the part of such movies.

This bold statement of the actress lauded by netizens as she talked what many of them felt. Though Vijay Devarakonda answered to her allegation in the interview itself, now brother of the actor has came to rescue his brother. Anand Devarakonda, the younger brother of Vijay said that the film “Joker” also had glorification.

The “Dorasani” actor said that there is nothing wrong in glorifying love, like it was did in hollywood films such as The Revolutionary Roads, The notebook and The blue valentine. He even said that he is against harassment, abuse and predators. Check out the series of tweets he posted below :

Arjun is a flawed guy, but it is his "out-of-control-anger" characteristic that makes him flawed. Because of this anger, he gets himself in a situation where he is in incredible emotional and physical pain (2nd half of the movie focuses on this).

None of which, Arjun Reddy was. I'm sure these reviewers/commentators enjoyed watching the above mentioned movies.

But because audience hooted and whistled while watching the movie, it doesn't make them go on a killing spree, does it? Unless there was already a mentally disturbed guy in the audience, who was brought up with bad parenting, abusive childhood, improper guidance.

While talking about influencing many people the Arjun Reddy actor said “If you (Parvathy) think broadly, hitting each other in a relationship is completely normal for a couple who have such understanding. But If I come from a family where my father hit my mother to abuse her, then it won’t work out for me because of my bad memories. What I am trying to saying is I couldn’t make a film for every single person’s personal lives. The director balanced it very well and I completely bought it”

Previous articleChinmayi Blasts At Bhagyaraj For His Misogynist Speech At Movie Function !!
Next articleGautham Menon Took Sly Dig At Atlee In This Recent Interview ?? WATCH !!