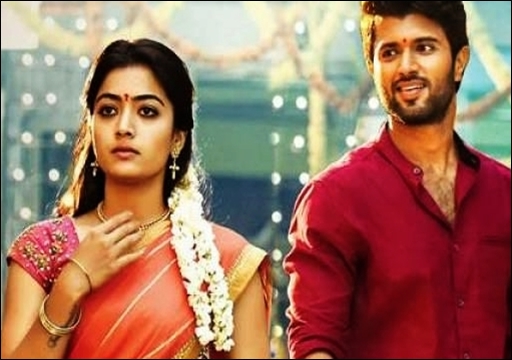 South Indian actor Vijay Devarakonda who is fondly called as “Rowdy” by his fans and followers, cleared the air about a report that surfaced reporting about himself getting married with Rashmika in style. Calling it as “nonsense as usual”, the young and emerging actor added “Don’t we just love the (Lawda) news” in a way of sarcastically trolling the news portals. The tweet is going viral among the fans of the actor with reactions condemning the news portals for spreading baseless rumours.

The “Arjun Reddy” actor is known for his outspoken attitude and the open statements he provided in the past regarding his personal matters. Ever since pairing up with Rashmika in films such as “Geeta Govintham”, “Dear Comrade”, Vijay Devarakonda has been facing the link up rumours that alleges about himself getting married to the 26 year old actress.

Vijay Devarakonda rose to fame through a Telugu film named as “Arjun Reddy”. The film became a huge blockbuster not only in Andhra but also in the states of the South Indian region. It also got remade in Hindi and Tamil by having Shahid Kapoor and Dhruv Vikram in the lead roles respectively. He went on to act in Geetha Govintham which also became a moderate hit. In a short span of time, Vijay gained a separate fan base and his market reached a level that is equal to the top tier actors of Telugu film industry. He made his debut in Tamil through a film named “Nota” which didn’t do well in the box office.

Apart from choosing bold scripts, Vijay also maintains this habit of making bold statements off screen. On Monday, a number of media portals including the leading ones, came up with a buzz saying that Vijay is going to get married to his co-star Rashmika before the end of this year. 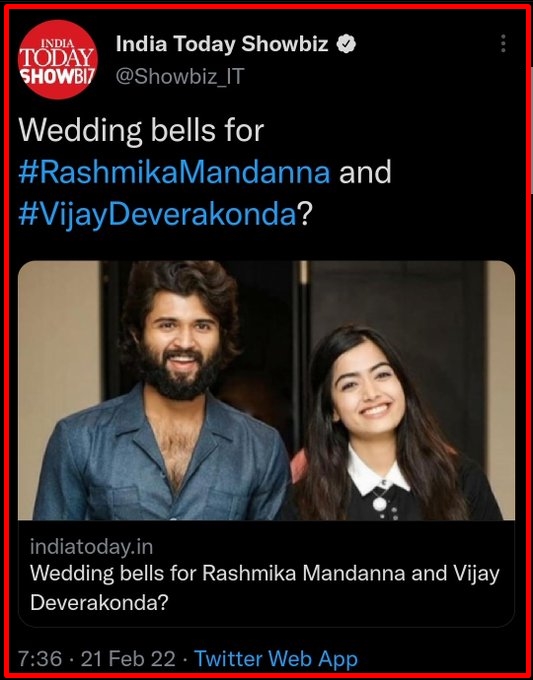 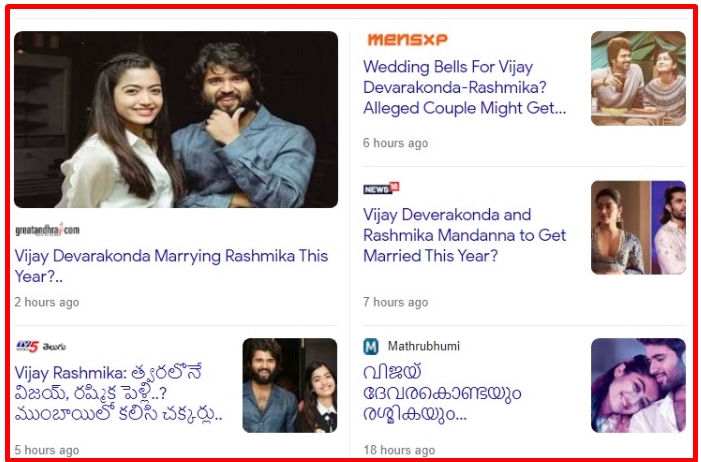 Reacting to all the reports, Vijay, around 8 PM, came up with a tweet writing “As usual nonsense.. Don’t we just ❤️ da news!” in order to brush off the speculations. Check out his tweet below :

The tweet garnered wide reach with thousands of reactions in no time. Chheck out some of the reactions of his fans below :

I think he is talking about this 😂😂🤣🤣🤣 Rowdy ❤❤ pic.twitter.com/U5US1eAWrV

i presume this must be the end to the pseudo journalism or rather gossiping over the two https://t.co/jJ6GVqEkbX

Can’t Stop laughing 🤣🤣
Thanks for the tweet Vijay ❤️. https://t.co/vV03ShKc6X

Previous articleTamil Actors Got Criticized For Not Casting Their Votes !!
Next articleFormer ADMK Minister Jayakumar Got Arrested For Attacking A DMK Cadre !!

Rajinikanth Very Badly Affected By The Split Between His Daughter And Dhanush : Reports

Days after Dhanush and Aishwarya announced about their separation, a report on how bad it affected actor Rajinikanth and how he reacted to his...

Indian Pacer Jasprit Bumrah Got Slammed For A Recent Picture He Uploaded !!

Days after getting marries with sports presenter Sanjana Ganesan, Indian pacer Jasprit Bumrah who is known for his unique run up and excellent yorkers,...