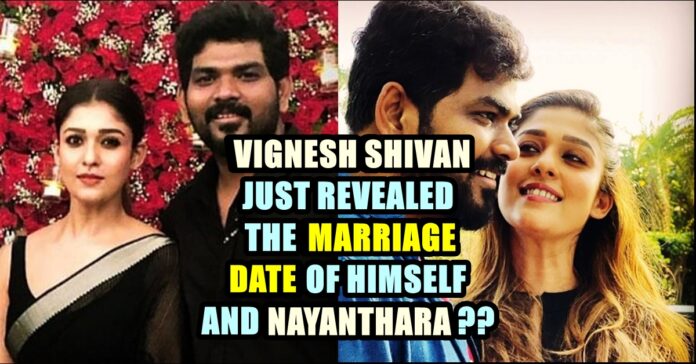 Director Vignesh Shiavn who is busy writing lyrics for the movies of top heroes and directing his upcoming romcom flick “Kaathu Vaakula Rendu Kaadhal”, is pretty much active in Instagram too. A casual story he shared on Thursday has created a huge speculation among fans about the marriage ceremony of himself and actress Nayanthara who is fondly called as “Lady Super star” by her fans.

Sharing a post of an Instagram page named “Justin Laboy” which questioned its followers about marrying on the date “2/22/22”, the filmmaker added the song “Two Two” from his upcoming film in the background. Though it is not known whether he added the story to promote the song from “Kaathu Vaakula Rendu Kaathal” or expressed his wish about getting married on the date, the story caused a strong speculation on the filmmaker-actress duo marrying on the special date. It is notable that Nayanthara, during her recent interaction with a Television channel, revealed about their engagement by showing the ring they exchanged.

Vignesh Shivan debuted to Tamil film industry through Simbu’s “Podaa Podee”. The filmmaker developed a romantic relationship with Nayanthara during the making of his second film “Naanum Rowdy Dhaan”. After the success of Naanum Rowdy Dhaan, Vignesh Shivan directed actor Suriya in “Thaana Serntha Kootam”. He also started a production house with Nayanthara and named it as “Rowdy Pictures” with which he and Nayanthara produced “Nettri Kann” by having the latter in the lead role. Some other films such as “Rocky”, “Koozhangal” were also bagged by the production house which is also making a film with Bigg Boss fame Kavin named “Oor Kuruvi”.

The “NRD” maker and the lead lady of the film are in a love relationship for more than 5 years and fans, media never missed to question them about their marriage whenever the duo appears together in public events or in Wikki’s Instagram posts where he often uploads the picture of himself and the seasoned actress posing together. Now, Wikki shared a story in his official Instagram account, seemingly revealing the marriage date of himself and the actress.

“Who tryna get married 2/22/22 ? I can’t let that go waste” reads the post. Sharing the post, Wikki added the recent chartbuster “Two Two Two Two” sung by Anirudh Ravichander in the background. Check out the screen shot of his story below : 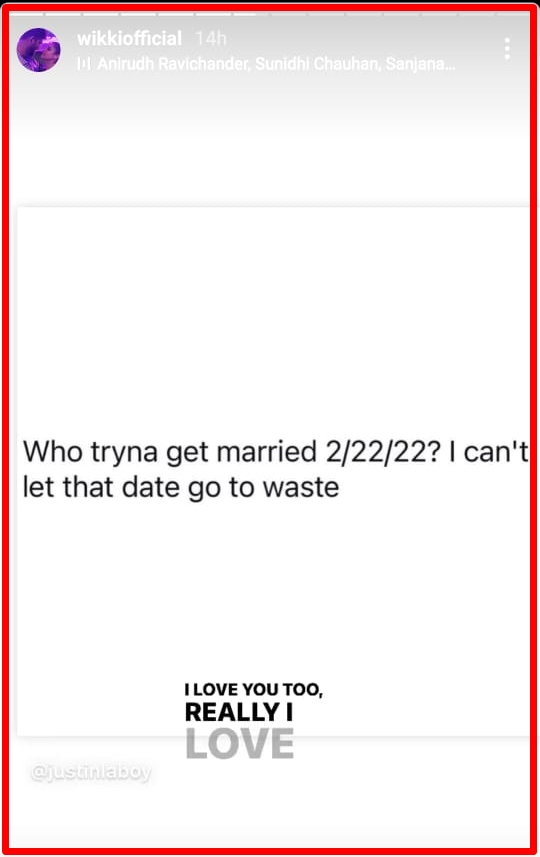 In the promotional program of “Netri Kann”, Nayanthara showed her ring and revealed about the engagement event that took place for herself and Vignesh Shivan. Going by that, the duo’s marriage was expected to take place in 2021 by the fans but the recent story shared by Vignesh Shivan suggests something else. Months ago, during a chat session with fans, Vignesh said that he is planning to get married to Nayanthara after saving money and post the COVID 19 situation.

“Why not getting married to Nayan mam.. Eagerly waiting” a fan said through his message to which Wikki answered by saying “Romba Selavu Aagum Bro, Marriage and all.. So saving money for marriage and waiting for Corona to go way”

Here’s the screen shot of his answer : 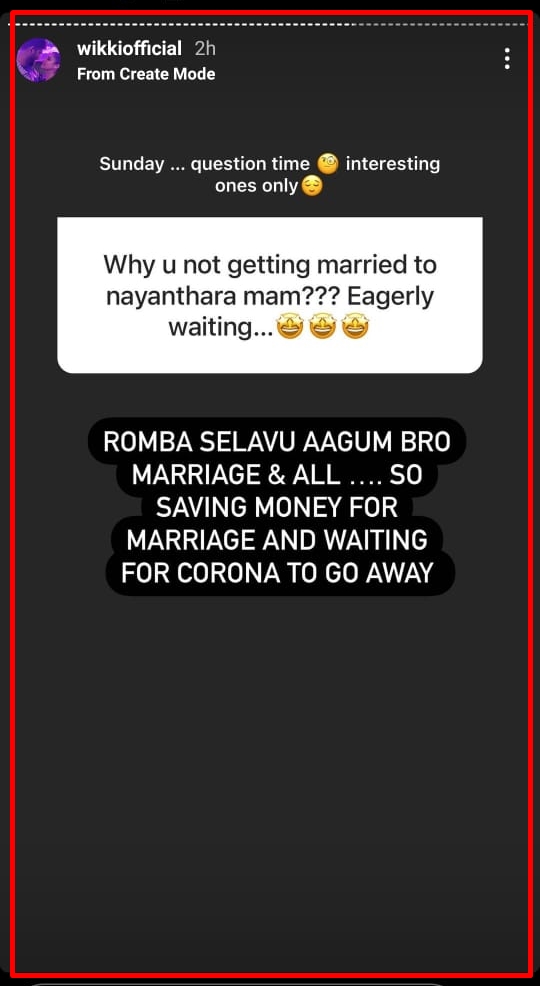 Previous articleNot Only Fans, Celebrities Can’t Keep Calm After Watching “Valimai” Trailer !!
Next article“Premam” Director Got Devastated About This Fake News About Him !!

Popular Indian Player Lauded The Elderly Couple For Their Bravery !! Check Out !!

An elderly couple in Tirunelveli put up a brave fight against two armed robbers who entered the porch of their home last Sunday. A...