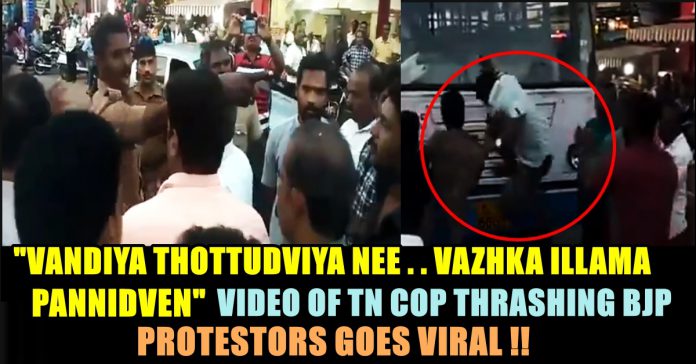 Public transport buses across India often face the wrath of an angry mob. Almost every riot or violent demonstration results in a video or photograph of a burnt down state-owned bus.

For many public service officials, this is an inevitability. However, there was one police officer from Tirunelveli, Tamil Nadu, who didn’t receive the memo.

Ever since the Sabarimala Temple verdict, the state of Kerala has been gripped with widespread violent clashes between female pilgrims, journalists, and right-wing groups.

In the middle of all the chaos, a Tamil Nadu cop, Mohan Iyer, dared to voice his dissent on the ongoing hartal.

Even as protests surged across Kerala on 3 January, Thursday, following the entry of two women into the Sabarimala temple, a police officer stationed at the Kaliyakkavilai town on the state border has won hearts with his courage.

With the Sabarimala Temple entry issue causing widespread public disturbance in Kerala, buses coming into the state from neighbouring Tamil Nadu were at risk of getting destroyed or suffering heavy damage from stone pelting. 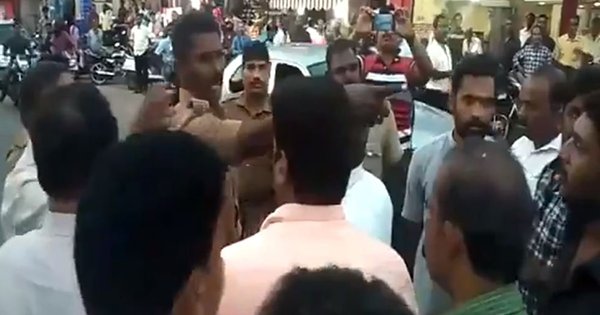 Fortunately, Kaliyikkavila Sub-Inspector Mohana Iyer was present at the Kerala-Tamil Nadu border on Thursday evening. He saved many buses of the Kerala State Road Transport Corporation from stone pelting by standing firm against the demonstrators, saying “dare to touch the buses if you can face the consequences.”

#SabarimalaStandOff “Dare to touch the buses if you can face the consequences,” this is how Tamil Nadu cop single-handedly challenged the mob of protesters and stopped them from vandalising public property. Stop the Violence. pic.twitter.com/N3mZnqQwOV

His firmness at that critical juncture took the demonstrators by surprise and unable to match the courage of this officer, they let the buses pass through without any damage. This video has gone viral on social media.

Speaking to The Quint, Aiyer said:

“The incident happened soon after two women entered the Sabarimala temple. A mob led by the BJP gathered on the national highway, and three persons from the crowd threatened to vandalise the KSRTC buses. I caught hold of the men and warned them.”

In a video that has now gone viral, Aiyer can be heard threatening the group in a very filmy manner, his tongue curled in typical Kollywoood-style.

Hearing of the incident, KSRTC Managing Director Tomin J Thachankary called Aiyer to thank him, promising to give him a token amount of Rs 1,000 and a commendation certificate.

What pushed Aiyer to take such a strong stance against the mob, which was clearly larger than the force present with him?

“If KSRTC buses had been vandalised within Tamil Nadu border, it would escalate into a state issue. There would have been more damage from both sides then, I just wanted to stop anything untoward from happening.” 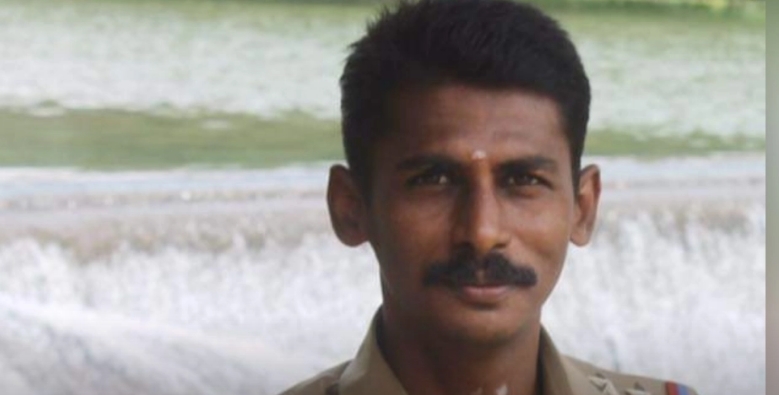 Meanwhile, the police has arrested 1,369 people and has taken 717 into preventive custody for hartal-related violence over the entry of women into the Sabarimala temple in Kerala.

Two women – Bindu (42) from Koilandy and Kanakadurga (44) from Angadipuram in Malappuram district – had entered the sanctum sanctorum of the Sabarimala temple on Wednesday, 2 January, triggering protests across the state.