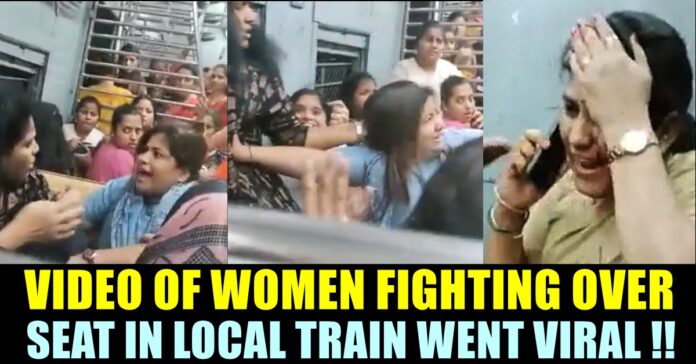 A group of women fought with each other over a train seat and the ugly fight grabbed headlines all over the media. The incident happened on a local train of Mumbai city. After the matter escalated, railway police intervened but they couldn’t get the situation under control and a mother and daughter duo ended up getting arrested under the relevant sections of IPC. It has been reported that the duo hurted the female police who tried to pacify the situation. 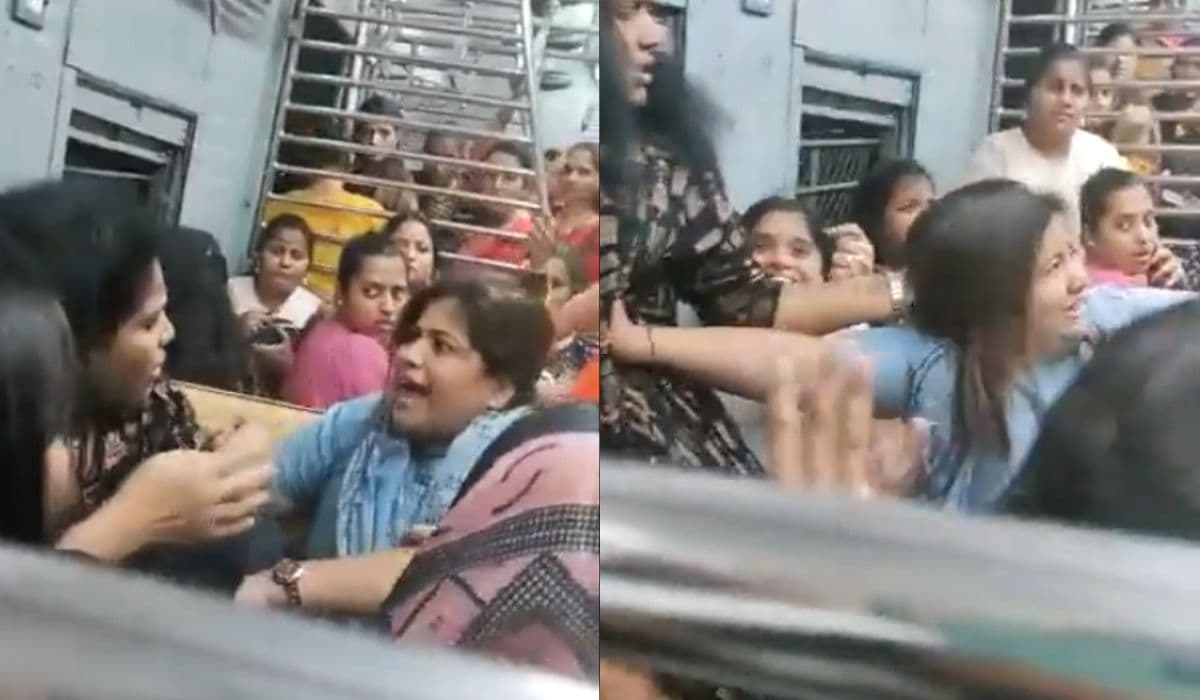 The incident took place on Wednesday night between Turbe and Seawoods railway station in the Thane-Panvel local train. The video was recorded by one of the co-passengers and the fight became talk of the town as the video went insanely viral in internet platforms.

It all started after a mother and daughter duo accused another woman of hijacking a seat from them. On Wednesday, The mother who isa resident of Taloja, along with her 27 year old daughter and her ten year old granddaughter, were traveling from Thane around 7 : 30 PM.

Another woman boarded the same train from Koparkhairane railway station and sat on the vacant seat at the Turbhe station. All of a sudden, the mother and daughter duo started a fight with the woman accusing her of hijacking the seat instead of letting the 10 year old to sit in it. 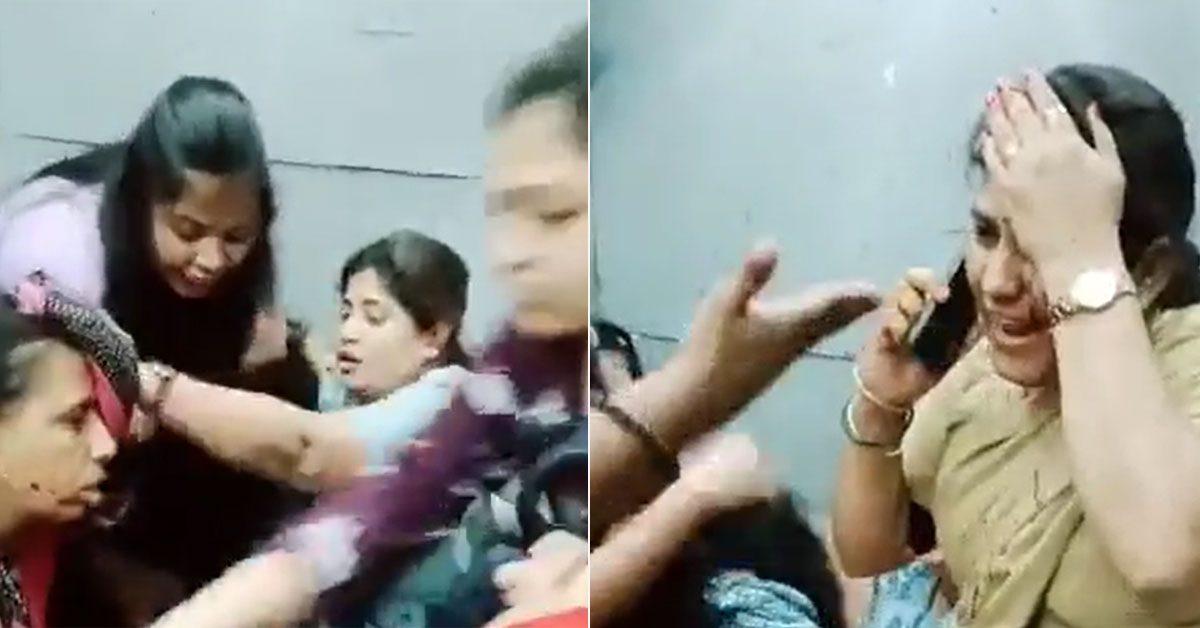 While the argument was verbal between the two, it immediately turned physical to everyone’s shock. The women started involving in a fist fight over the seat issue. Despite the attempts of the other passengers who tried to separate them, the fight continued.

“After the constable intervened, they kept quiet for sometime but started fighting again. The mother fell and injured her head after she hit against the corner of the seat. Angered, she snatched a showpiece which was in the hand of the other women and attacked the constable” A officer said.

A case was filed for obstructing the work of a public servant against the mother and daughter duo and the latter was arrested.

To Buy Smartphone For His Children’s Online Class, Man Sold His Cow !! Actor Wants To Help

This ongoing pandemic is testing the patience of human beings indeed. People from across the country are suffering with severe financial crisis due to...