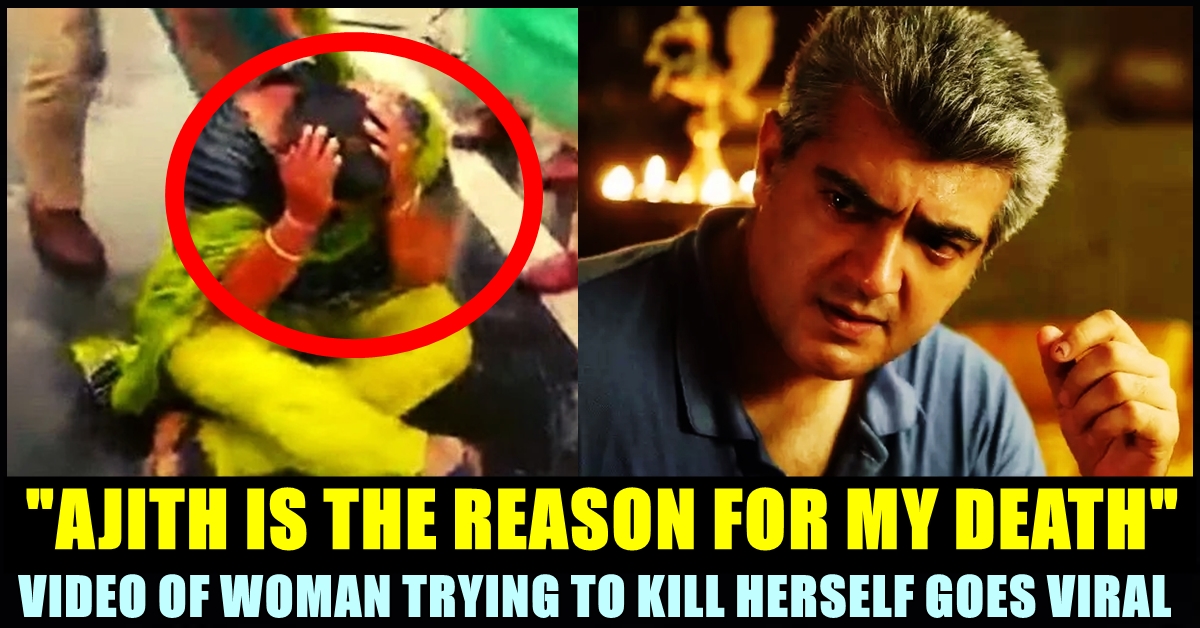 A shocking video of a woman trying to kill herself in front of actor Ajith kumar’s house is going viral in social media platforms. She who claims that her life got spoiled because of the actor, says to the Police that she won’t move without meeting him. When the police officials tried to pacify her and make her leave the place, the woman tried to set herself on fire and got stopped by the cops. The woman, earlier, accused the actor of causing her unemployment. Video of the woman confronting Police officials is trending in the Internet platforms.

Being one of the leading actors of Kollywood, actor Ajithkumar enjoys a huge fan base in Tamilnadu. Despite of getting a humongous amount of love from his fans, Ajith refused to have fan clubs and dismantled it few years ago as he wants his fans to look after their families. This only increased the love of fans for him as they started admiring him more for his attributes. So far he had acted in 59 films and is all set to appear in “Valimai”, his next project with director H. Vinoth.

In his acting career which spans more than 25 years, Ajith came across many struggles and problems from his haters and even from his own fans. Now, a video of a woman trying to kill herself, citing a mail sent by Ajith had shocked the public and the actor’s fans. “I must meet him. I lost my life because of him and have wrote petition to Prime minister to meet him” the woman says who goes on to add that he approached Commissioner officer, Chief minister, Prime minister and President to meet Ajith kumar.

She also shows the documents for the police complaint she made against the actor and the petitions she wrote. “You shouldn’t come here and we have to arrest you if you do so” a Police officer could be seen saying to which the woman replies back “I don’t care if you arrest me and lodge me in jail. I will continue to protest here and wouldn’t move without meeting him”

At a point, she also threatens police officers of killing herself at the same spot if she is denied to meet Ajith kumar. “Only because of the mail he sent, my life got ruined. I tried many place and I have no other option to do” she says to the Police. After arguing with the Police, the woman could be seen taking something from her bag shouting “Leave me, Let me die here. I am not getting justice, How much I have to fight more ? Ajith is the reason for my death. I want him to talk to me”

Police officers, after stopping her from killing herself, left the place with her in a patrol. However, the woman kept crying, demanding an opportunity to meet Ajith kumar. Reports suggests that the woman is currently subjected to Police investigation.