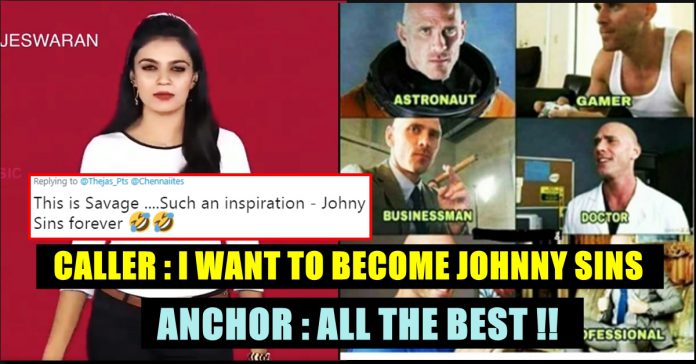 Since childhood we have came across many TV music shows where the host of the show would ask the caller his favourite song in order to play it in the channel following the call. In a similar way some shows started asking general desires of the caller to keep the audience and the caller engaged. In this recent video clip, the female host asks her caller to tell his favourite song to stream to which he asks to play a song from Viswasam. Following that the anchor started her Question & Answer session.

“You must thought of changing into some one else in your life for atleast once. Who is the person you want to change yourself into??” asked the host to the caller with a happt face. 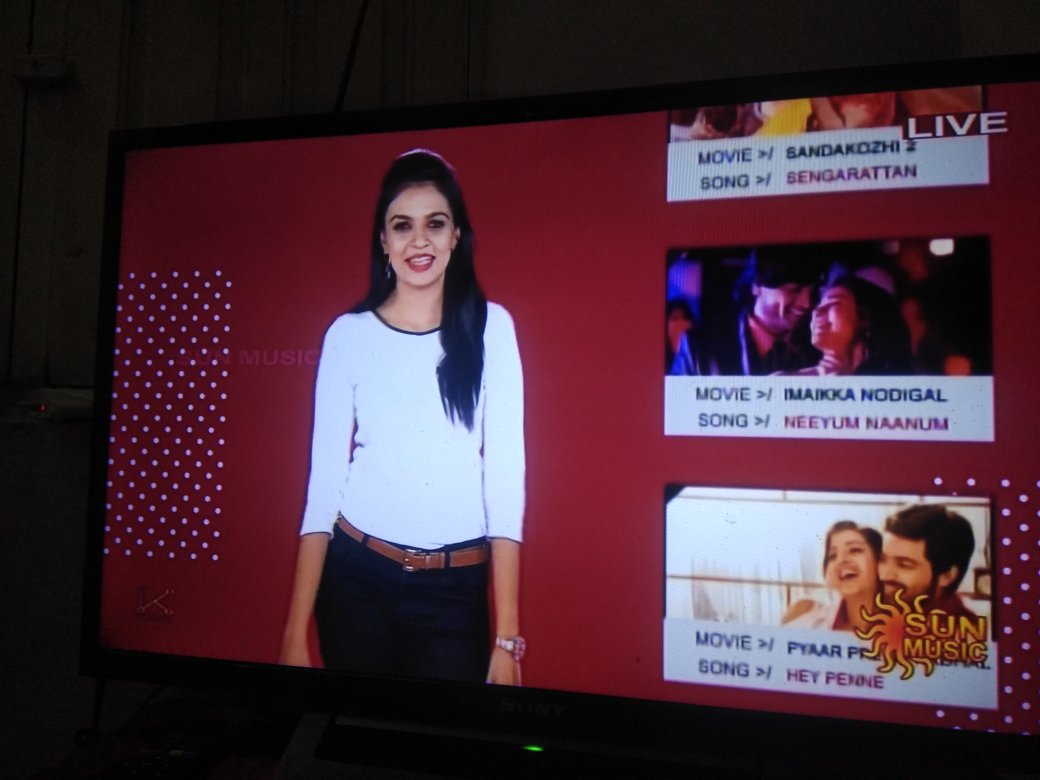 To this the caller politely answered that he want to become as Johnny Sins. The host who seemed that she hasn’t heard what the caller said asked him to say it again with a typical Sun Music anchor modulation. He then repeated the same in a hesitative tone.

The Sun music host who seemed or pretended that she is not aware of the name Johnny Sins, wished her caller a very best wishes to become a popular actor like Johnny sins in future. The operators who works behind the camera also missed to disconnect the call abruptly. The song he requested also played.

As soon as  the video surfaced on Internet it is receiving hilarious reactions. Check out some of them here :

This is Savage ….Such an inspiration – Johny Sins forever 🤣🤣

Do you also think that this is funny ?? Or you think the caller is a pervert for trying a embarrass a female host in live show ?? Comment