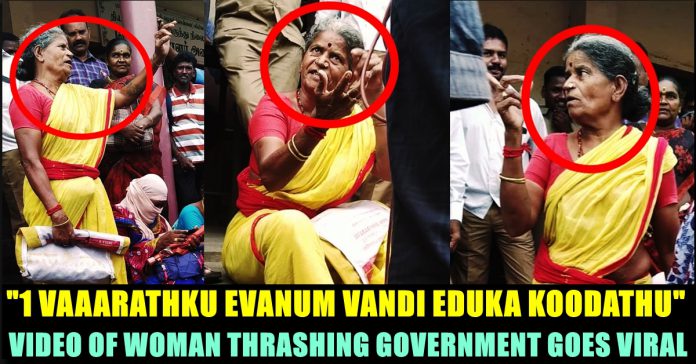 A flash strike by the crew of the Metropolitan Transport Corporation (MTC) over the payment of salary early on Monday left thousands of city commuters in the lurch. The strike, carried out by the drivers and conductors affiliated to opposition unions over the non-payment of a portion of salary, resulted in the non-operation of buses from several termini, including Ambattur, Avadi, Poonamallee, Anna Nagar West and Iyyappanthangal.

Chennai residents are facing quite some trouble in commuting as 23,000 transport workers have gone on a strike today. The Metropolitan Transport Corporation (MTC) strike is likely to affect around 3,200 government-run public buses. The workers have called a strike alleging salary cuts for the month of June. They have said that either their salaries have not been paid in full or have not been paid at all. Some have also said that their salary has been cut by 60 per cent. 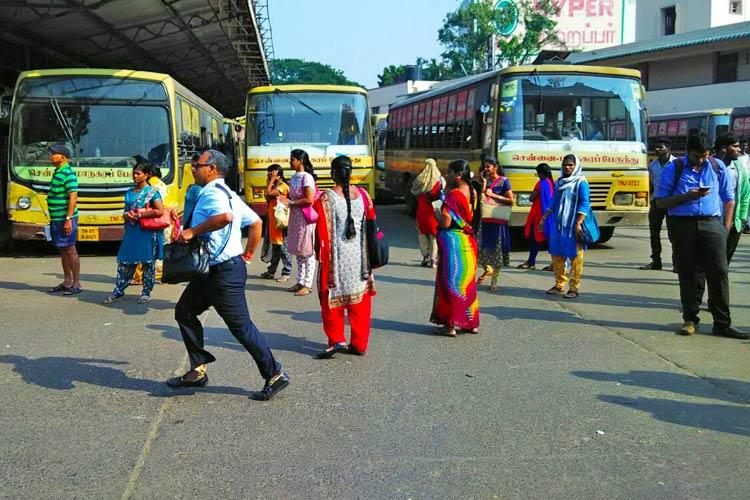 Meanwhile video of a gutsy old woman thrashing government for inappropriate management surfaced in Internet. The woman seen instigating the drivers and conductors to protest for proper wage as they are risking their life in daily basis. She is seen confronting the officers for not giving proper answers as well.

She even blamed the current government for the death of former chief minister J.Jayalalitha. She even asked one of the conductor to strike for 1 long week until they accept to give proper wage.

“you are the one riding the vehicle right ?? you are the one who is going to die if anything wrong happens right ?? Go and question the authorities right away” she says to one of the conductor in the crowded T.nagar bus stand.

She also addressed the price hike in ticket rates in her quarrel. Watch the videos of her here :

However responding to the allegations, the Tamil Nadu government has said that no salary has been cut and has claimed that nearly two-thirds of the employees have already been paid in full. The government said that the rest will be paid today.

“A rumour has triggered the strike. We manage on rotation of funds. Due to weekend, only sixty per cent of cash was sent to the bank. We would send the rest today and all will get full salary,” a senior official said, as mentioned in a report in NDTV.

After the success of 2.0, Rajinikanth is back in theaters with Petta. Directed by Karthik Subbaraj, the film also stars Vijay Sethupathi, Trisha, Nawazuddin...

Being one of the most expected films of the year NGK: Nandha Gopalan Kumaran is all set for their promotions. It is an upcoming Indian...