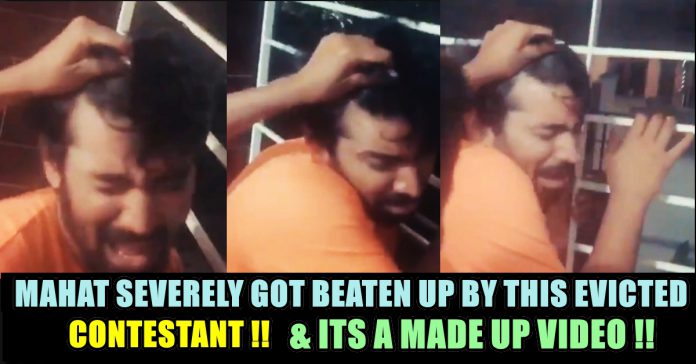 Now as Mahat came out of Bigg Boss he went to meet his dear friend Simbu straight away and he also released the video of it where Simbu welcomes him with friendly slaps.

This is how my best friend #Simbu #Str welcomes me after #BiggBoss house 🏡 😂🤦🏻‍♂️ love you da 🤗 pic.twitter.com/0a3W3x8o8b

Now a Ramya NSK released a video of her hitting Mahat. Caption of the video says  “Adi Odhavara Maaree Annan Thambi Kooda Odhava Maataan!” (Nothing will help more than a beat up)

Ofcourse they both had parodied the beat up we can clearly see Mahat hear Mahat saying “Silence” before starting the video and the his screamings of  “I miss you Mumtaz !!” and “Physical violence BIGG BOSS !!” in a way of pranking. However fans enjoyed the video where one the fans said “Hahahahahaha ramya kalakkitteenga ippo thaan kandu pudichchen bb2 don ramya avargal thaan :D” (you rocked it Ramya, Now I have found now that you are the Don of BB2)

What do you think on their prank video , comment below !!

Previous articleFans Mercilessly Trolling Netflix For Repeatedly Casting Radhika Apte & They Trolling Back Harder !!
Next articleBoy Attempted Suicide As His Teachers Forced Him To Wear Rakhi From A Girl !! SHOCKING !!

Meera Mithun who said that she is going to post videos in daily manner against those who opposed her, is keeping her word it...