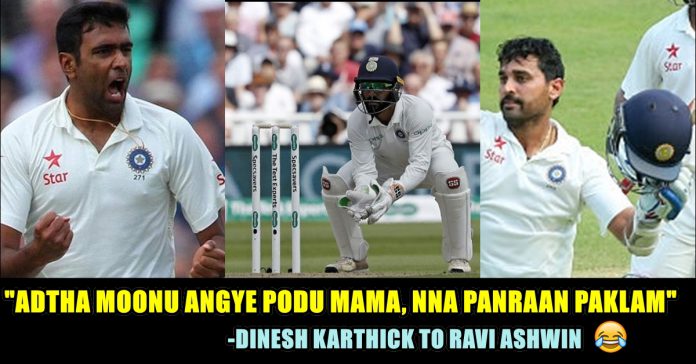 The Indian team is currently playing the first of the five-match Test series against England at Edgbaston in Birmingham. After shambolic outings in the longest format back in 2011 and 2014 respectively, Virat Kohli and Co are in with a tough task of improving their numbers on English soil. The home team, captained by Joe Root, won the toss and had no hesitation to bat first. The start for the visiting team wasn’t an auspicious one by any stretch of the imagination as Ajinkya Rahane dropped Keaton Jennings in the slip. The batter got a breather in the sixth over with his score at nine. Meanwhile, in a bid to get under the skins of the English batsmen, Kohli introduced Ravichandran Ashwin in the very next over and the decision was a tad bewildering, especially in English conditions. He dished out immaculate line and lengths in his first over to keep the batsmen in check. In his second over, the tweaker nipped out Alastair Cook, who hasn’t had an auspicious time in his Test career over the past one year. The left-hander was cleaned up for 13 runs and the skipper’s decision to introduce the off-break bowler definitely paid dividends. At Lunch, England meandered along to 83 runs in 28 overs as Root and Jennings buckled down to play the session out without any further hiccup. Ashwin had an impressive session as he finished with figures of 7-2-13-1. Jennings made use of the lifeline Rahane gave him and added 29 more runs. While Ravichandran Ashwin was weaving his magic with the leather, Dinesh Karthik  helped him out from behind the stumps. Both plays for Tamil Nadu at the domestic circuit and the wicketkeeper resorted to speaking Tamil- their mother tongue in order to cheer up the spinner. During England’s 17th and Ashwin’s sixth over, Karthik motivated him and spoke in Tamil, which roughly translates to ‘Well bowled mate, bowl the same line and length in the next deliveries and keep up the good work”.

Surprisingly, Chennai Super Kings team played with an unchanged side in their fifth league but managed to win the game with Watson and Faf's...

Riythvika Responded To A Guy Who Criticized Her Looks !!

Recently Riythvika grabbed headlines for shutting down a troll which said that she is being active in Instagram because of getting no movie chances....