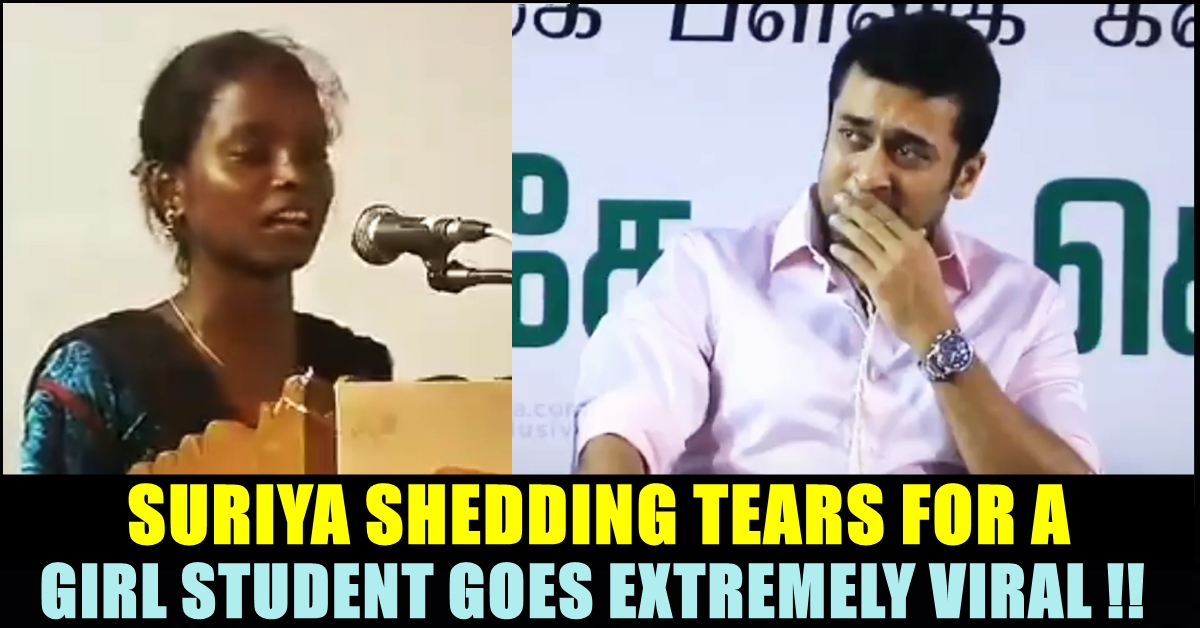 Actor Surya who is an actor by profession was last seen in Selvaraghavan’s NGK. Having experienced in film industry for more than 20 years, Surya is very much known for his socially responsible activities. Major instance for his care for the society is his Agaram Foundation which provides education to students who are financially weak.

Agaram Foundation which is 10 years old now provided education to 1300 first graduate students who are successfully placed now. In his, recent speech about alternative educational system, Surya lashed out at  the government for the flawed educational system of India. “The importance given to entrance exams and main exams are not given in providing quality education to the students” he stated in that press meet.

Now a book release function on behalf of Agaram foundation took place at T, nagar. “Vithyasam Thaan Azhagu”, “Ulagam Piranthadhu Namakagha” are the two books which got released in the event. Tamilnadu Minister of school education Sengottayan, Founder of Ramraj cotton Nagaraj provided their participation in the event conducted by Surya’s Agaram.

A particular video clip from the event is going viral in social media platforms with wishes to actor Suriya. A girl student who is successfully studying with the help of Agaram Foundation, shared about her past and why her mother couldn’t take part in the event. Her speech made actor Suriya to get extremely emotional that the actor tried hard to control his tears. At one point he came to the student and patted her with a warm hug which won the hearts of many.

Not only the fans of Surya, fans of other actors also lauded this gesture from the actor. Check out some of their reactions below :

.@Suriya_offl sir, you are doing a peerless job by bringing smile or by bringing a clearness to their life with your #Agaram foundation.! Do this forever and we will be always there to support you ! ✨❤#Suriya #SooraraiPotru 😇 pic.twitter.com/sdpTWrNGDm

During his speech, Suriya said, “I never dreamt of becoming an actor. You people made me as an actor. You saw me as “Suriya” and gave me this life. When I thought of giving back something to this society, Gnanavel helped me to find this way. He asked me questions about first graduate students which made me to find Agaram Foundations.” said Suriya who went on to add about a student named as Rajinikanth.

“When we gave him a certain amount of money to encourage him, he asked me whether he can spend on the clothes of his fellow female students. That’s when I questioned myself” said Suriya.

It is really heartwarming to see an actor like Suriya stepping forward in helping poor students to get education. Comment your views on this gesture of the actor !!