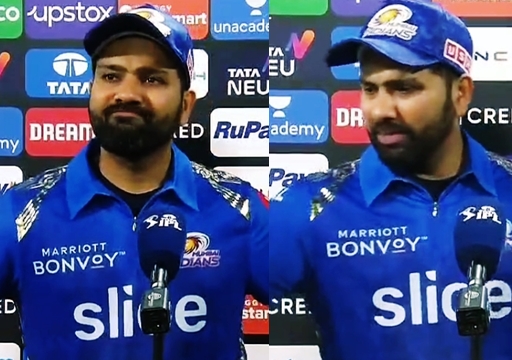 A viral video which shows Rohit Sharma losing his cool during the post match presentation is going viral in the micro blogging social media site. Out of frustration, the Mumbai captain, with an angry face, asked the broadcaster to increase the volume to hear the voice of Daniel Morrison clearly. Talking about his team being in a similar situation earlier, the 5 times trophy winner said that he didn’t want to be in the same situation all the time. 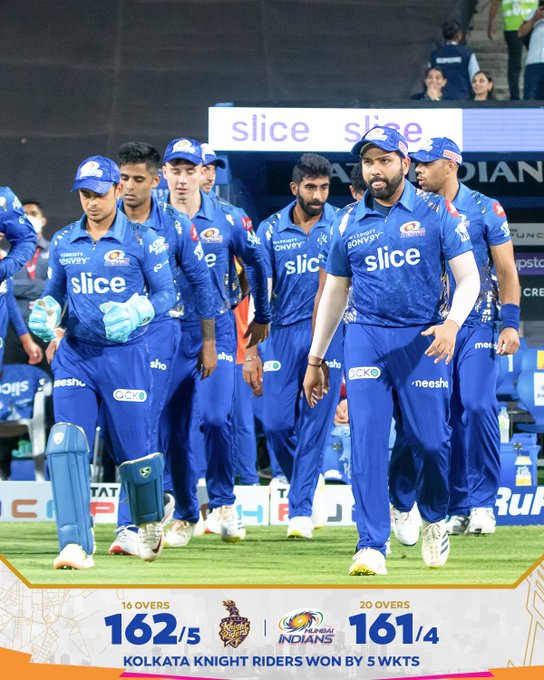 Sharma’s Mumbai posted a total of 161 on the board in the first innings and Kolkata, while chasing it, struggled a bit by loosing wickets. With fans relied on Venkatesh Iyer who was building an innings slowly, Australian all rounder Pat Cummins came as an out of syllabus and smashed 14 balls 50, equalling with KL Rahul in IPL’s fastest fifty.

Pat didn’t spare Mumbai’s best bowler Jaspirit Bumrah as he scored a six and a four from his third over. In the 16th over which was bowled by Daniel Sams, Cummins sent all the balls to the fence and scored a mammoth 35 runs to finish the match with 4 overs to spare. 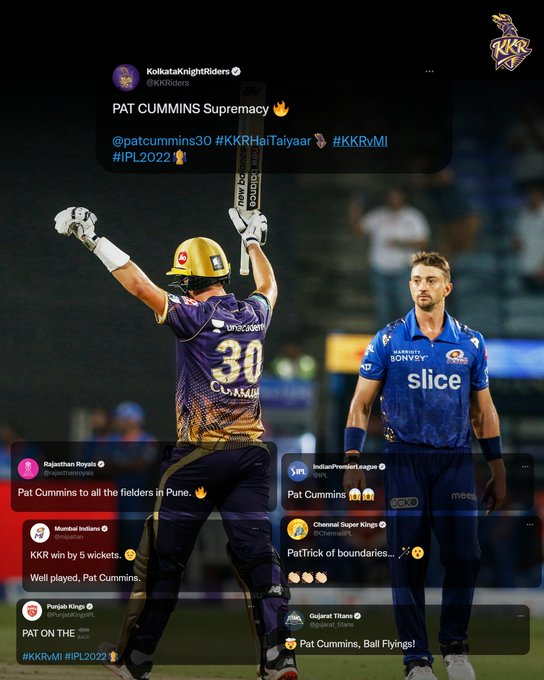 The monstrous hitting of the all rounder gained him all the awards including the Man of the match. Pat’s innings included 6 sixes and 4 fours and it caused Mumbai’s third consecutive loss in the tournament.

Obviously Rohit Sharma was not really happy with the way things went in the middle as the loss severely affected the team’s net run rate, along with 2 points. The cricketer’s emotion became visible during the post match presentation where he had to give answers as a losing captain.

Rohit Sharma who wasn’t able to hear the question from Danny Morrison, one of the commentators, got irritated and asked the broadcasters to increase the volume in a frustrated tone. “Awaaz badhao yaar uska”, the cricketer was heard saying in a video which is being circulated in social media platforms.

“We did not bowl according to the plan. We had the game till the 15th over, but then Cummins was brilliant” Sharma who calmed him down while answering the questions of Danny said.

“This will be hard to digest, the way it turned out in the last few overs. We have a lot of hard work ahead of us. I don’t want to be in this position all the time” he said while answering to Danny who mentioned about the previous occasion where the team lost many matches initially and went on to clinch the trophy.

Check out some of the reactions for Rohit’s gesture below :

We Will Bounce back stronger .
We are with you Captain ,you have done it before . And some people who are trolling will get befitting reply on 9th April. Wait for it .@mipaltan @ImRo45 @surya_14kumar @mufaddal_vohra#MumbaiIndians #RohitSharma𓃵 pic.twitter.com/w8wCrHklTE

Previous article“Don’t Make Memes To Troll Or Degrade Others” – Vijay’s Strict Order
Next articleDhoni’s Advertisement As Rajinikanth Got Banned!! Here’s The Reason

Director Naveen, who received critical acclaim for his intelligent writing and screenplay in his black comedy Moodar Koodam, is yet to release him second...