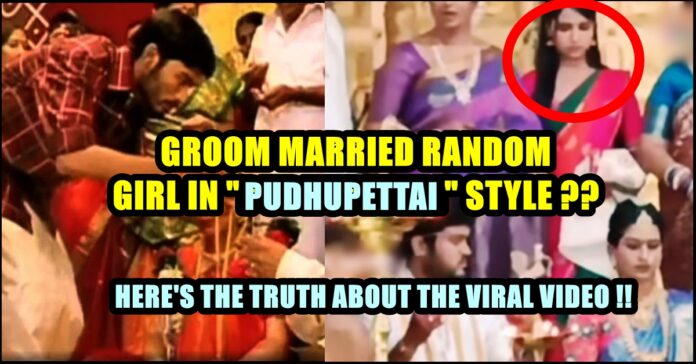 For the past few days, a “Pudhupettai” kind of viral marriage video is going viral in the online platforms. The video shows a groom who is supposed to tie the “Mangal suthra” to the Groom, suddenly changes his mind and ties knot to a girl who couldn’t be seen standing aside. The clip went viral in online platforms with netizens claiming it as a real life incident. However, it has been found that the entire scenario was staged for a television serial that is being made for Telugu audience. 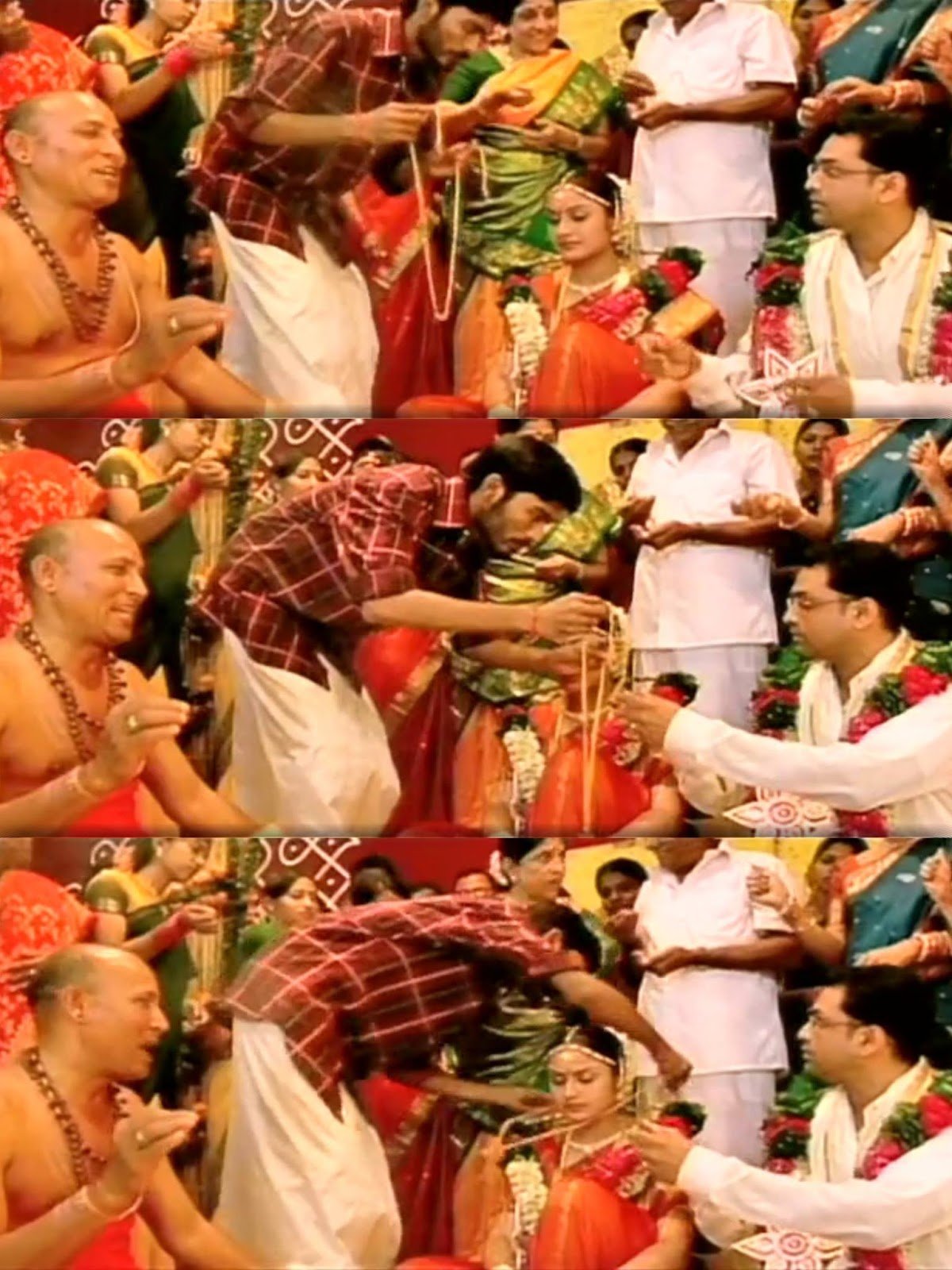 In Selvaragavan’s  2006 released “Pudhupettai” film, Dhanush who played the protagonist, would visit a marriage as a guest and tie knot to the bride due to her pretty appearance. Though te film didn’t do well in the box office during its release time, the scene became insanely famous after Tamil cinema fans watched the movie years later.

On seeing a video clip of similar kind, many started comparing the famous “Pudhupettai” scene with the viral clip. However, reports brushed off the baseless claim, confirming that the incident was created with camera and artists for a Telugu serial.

The video shows a number people sitting at a marriage hall to witness the marriage. The young groom who was about to tie knot to the marriage girl who is ready, suddently changes his mind and ties the knot to a girl standing behind.

Many users of online platforms started sharing the video and accused the groom for ruining the future of the bride. However, it has been found that the incident was not true and the whole series of events are staged for a Telugu serial named “Muthyamantha Muddu”. Pictures and videos of the serial crew laughing and posing for BTS pictures are trending in the online platttforms as well.