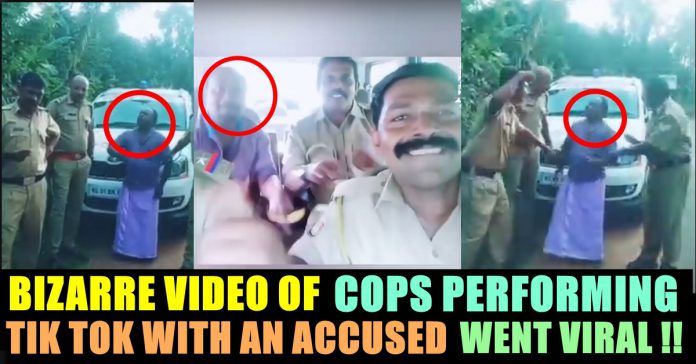 Amidst all the controversies that are caused by Tik Tok in India, a new video of Cops performing Tik Tok along with an accused is trending now in social media platforms. Speaking in the state assembly back in February this year, Tamil Nadu IT minister M Manikandan had said that he would request the state government to ban the video-sharing app TikTok in the state. And now, the app has found itself at the mercy of the Madras High Court and the videos made through it goes viral for both right and wrong reasons. TokTok, owned by Chinese firm Bytedance, claims to have over 50 million active users in India. It allows users to create short videos with special effects. In this viral video, it is seen four Kerala based cops were seen with an accused and with a Police vehicle behind them. Initially the accused alone dances for the song played in background to which the Police officers pretends like warning him not to dance.

After few beats, all the three police officers joined him to finish the Tik Tok for the famous Malayalam song. They are also seen giving lip sync to the same song inside the vehicle along with the accused.

Police officers involving in such acts during their duty period is creating an outrage and a separate set of people in social media making fun of it as well. The way cops performing it with complete joy made netizens doubt that if they are capable of their job or not. 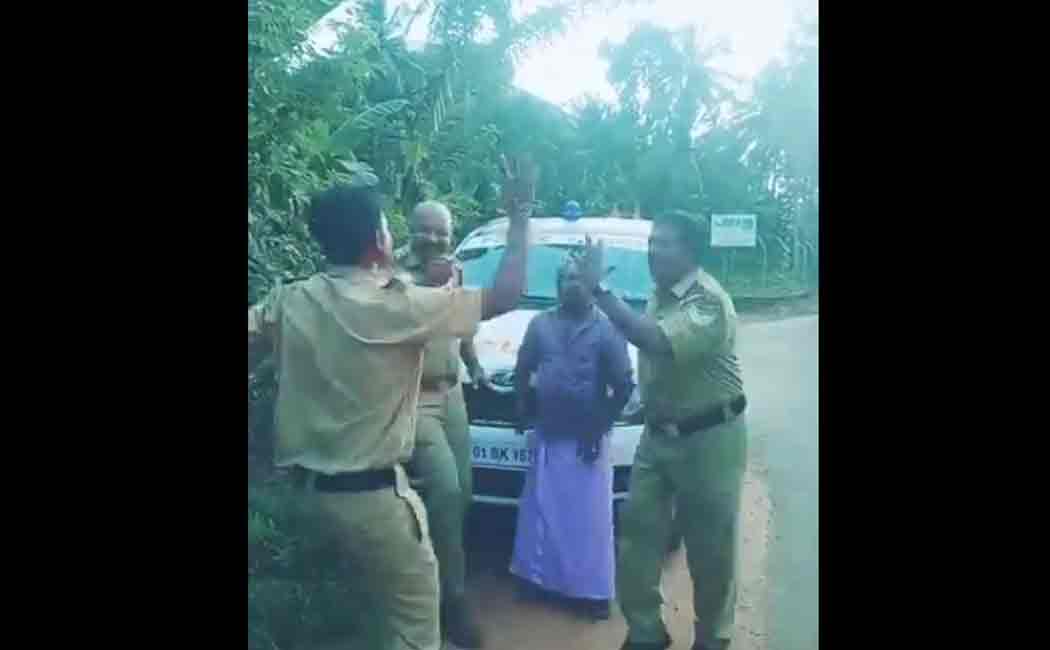 TikTok which has a huge user base in India has a major portion of its user base come between the 16 and 24 years of age group. The increasing popularity has also opened the gates for hate speech on the platform. The company claims that it uses a combination of human intervention and machine learning tools to check on the content and remove those that its moderation team does not deem fit for the platform. It has its offices in Delhi and Mumbai.

It is notable that number of deaths and suicides are taking place in the micro vlogging app and recently a prank kidnap video of a boy named Sakthivel went viral. Few weeks ago a Tamilnadu woman found her “missing” husband in the app who is seen performing Tik Tok videos with a transwoman. Anitha (24) from Vizhupuram uploaded her video of having poison in the app and died after failing to respond to the treatment.

Previous articleFollowed By Fans & Cinema Stars, Ravindra Jadeja Got Irritated By Sanjay Manjrekar !! Check Why !!
Next article“It Felt Painful To Do That” Saravanan’s First Wife Opens On Why She Let Her Husband To Do Second Marriage !! WATCH !!

Mohan G, the director of controversial film "Drauptahy" has accused few movie reviewers for not reviewing his movie and deleted the tweet later. However...