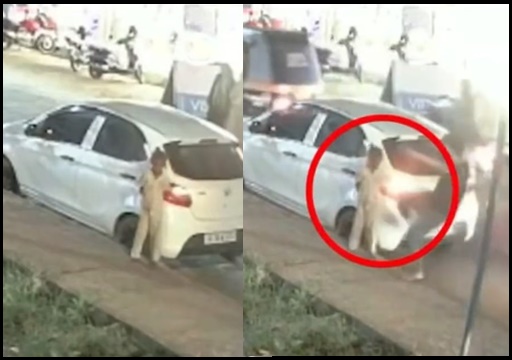 Video Of Man Kicking A Kid For Leaning On His Car Creates Outrage!!

On Friday morning, officials of Police department arrested a young man for brutally kicking a son of migrants from Rajasthan just for leaning on his car. After arresting him, Thalassery police said that the accused named Shihsad of Ponnayam Palam in Kannur is being taken into custody for committing such cruel act. 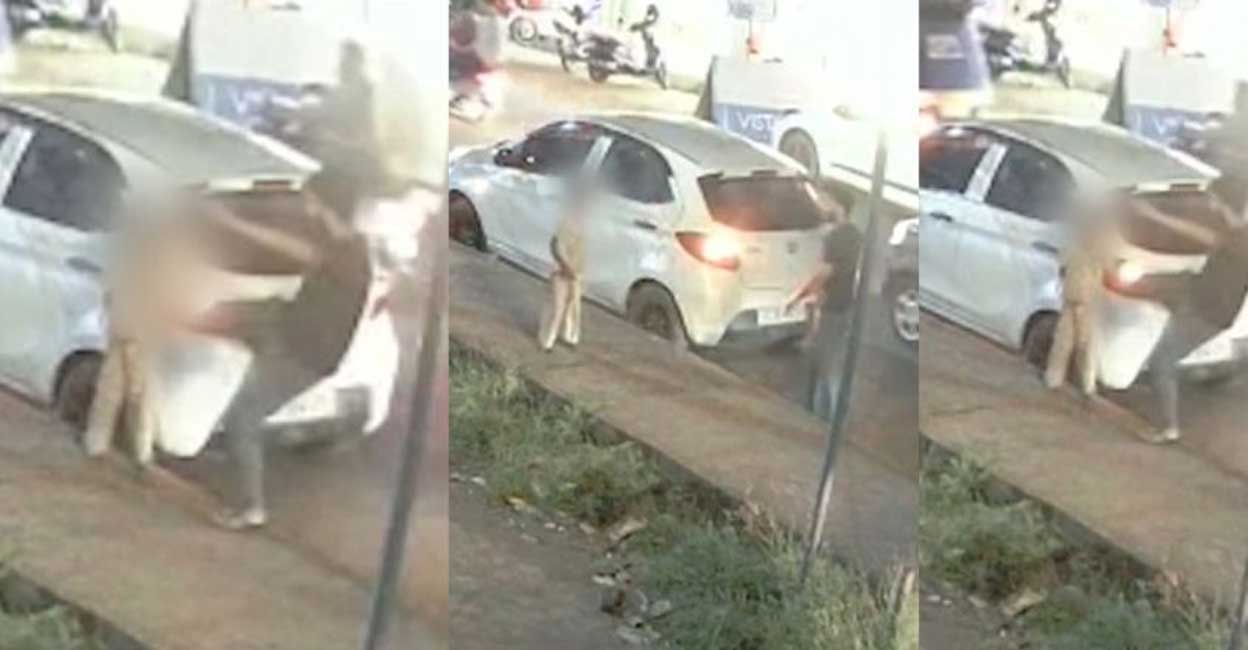 Shihsad who came back to the car, lost his cool on seeing the boy leaning on his car and had kicked him on his back. In the CCTV footage that is going viral in the social media platforms, the boy could be seen stunned on facing such violent treatment.

Police refused to register FIR and tried to protect the perpetrator. It was the natives who took the child to the hospital. This incident shook the conscience of the Keralites. Stringent action should be taken against the police officers who tried to downplay the issue. pic.twitter.com/xJwFJAQmZh

Check out some of the reactions that surfaced in the internet regarding the incident :

To break the arrogance of the guilty, as a monetary penalty on him, as much as the cost of his car, the FD of the same amount should be deposited in the child’s account for the child’s education and health.

Never expected this from Kerala.Shocking behaviour .

There should be zero tolerance on cruelty against minors.

Culprit should be arrested and jailed for 100 days without https://t.co/jbDHxc8hn2 can he do this to a 6 year old child??

That to for a cheap car…

Though the auto drivers, who were watching the incident tried to question Shihsad, he got into his car and drove away. Child Rights Commission have sought report from the police in connection with the incident. Chairman KV Manoj kumar has said that the commission will intervene in the incident and would provide maximum support for the family of Ganesh. 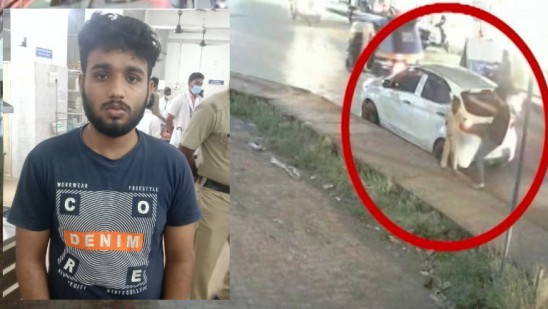 Minister Veena George said that, the women and Child development department would ensure proper treatment and legal support for Ganesh and his family. The minister said that the incident was so cruel and shocking.

Previous articleTamilnadu Weatherman Got Upset Over The Messages He Received From 2k Kids!!
Next articleAtlee’s Upcoming Film “Jawan” Is A Copy Of This Tamil Movie??

Samantha’s Stylist Finally Opened On The Rumour That Linked Him With The “Theri” Actress !!

Samantha's stylist who is a also renowned celebrity stylist in film industry, opened on the rumours that linked up himself and the actress as...

Along with fans, many celebrities from Tamil film industry have been tweeting after watching the recently released Pa. Ranjith's directorial "Sarpetta Parambarai". Maari Selvaraj...

Video of a group of youths involving in violence in front of Madurai Meenakshi college and attacking a father of one of the students,...