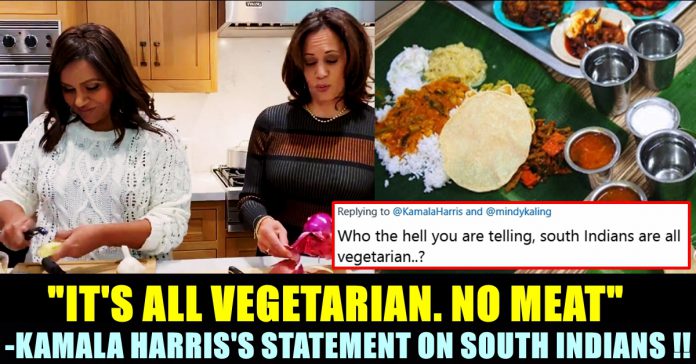 Joe Biden, an American politician who served as the 47th vice president of the United States from 2009 to 2017, has announced Black Indian-American Kamala Harris as his choice of running mate to take on Donald Trump in the 2020 US presidential election scheduled this November. Democratic Nominee Joe Biden made this announcement on Tuesday and Kamala Devi Harris will be the first Black woman and the first person of Indian descent to be nominated for national office by a major party.

People from across the social media platforms wishing her for the achievement. The 55 year old woman was born in Oakland, California to Donald. J. Harris and Shyamala Gopalan,a breast-cancer scientist who had emigrated from Chennai, India in 1960 to pursue a doctorate in endocrinology at UC Berkeley. Donald J. Harris, is a Stanford University emeritus professor of economics, who emigrated from British Jamaica in 1961 for graduate study in economics at UC Berkeley.

As a serious debate on the identity of Kamala Harris is taking place in social media platforms, a 9 month old video of the American politician declaring that all the Indians are vegetarian in a cookery show with Mindy Chokalingam or Mindy Kaling, an Indian American comedian and actress is trending in social media now. People expressing their disagreement with their Kamala Harris’s statement with their tweets.

Mindy Kaling’s father is also from Chennai and they share about South India a lot throughout the cookery video and embraced their shared South Indian background. The video was shot during Harris’s presidential run last year. In the show, Mindy made South Indian Masala Dosa and Harris can be seen helping her with the preparation.

In the 8 minute 53 seconds video, the two chat about their childhood and Indian dishes they used to eat growing up. During their conversation, Kamala Harris said that South Indians are all vegetarians. “So, South Indian’s. It’s vegetarian. It’s all vegetarian.” she said who went on to share about how her family strictly followed vegetarian food diet.

Harris shared an anecdote how her grandfather cheekily suggest to eat French Toast when her grandmother was away, just because it is made of egg. Mindy also recollects visiting her family where there is no meat. “Even the dog would eat only rice and yogurt. Very Good Hindu vegetarians” says Mindy who added how she ate non-vegetarian food with her cousins when she grew up.

I had so much fun cooking masala dosa with @mindykaling, and even got to meet her dad.pic.twitter.com/9dgQUjKeZF

As soon as the news on Kamala Harris was chosen by Joe Biden as his running mate, this video started trending in the micro blogging social media sites with people denying that not all Indians are Vegetarians. “and then we have idiots like Mindy Kaling and Kamala Harris who tell the rest of the world that India only eats vegetarian food” wrote one of a twitter user out of disappointment where as another wrote “97% Tamil peoples are Non vegetarians, though am a vegetarian I wanted to highlight.”

@KamalaHarris what the heck are you taking? South Indians are all vegetarian? 97% of people in south India are all non vegetarians. Simple google search will reveal this. You are saying this just because you are taught by brahminical ideology people. https://t.co/ByqIRzhXnD

and then we have idiots like Mindy Kaling and Kamala Harris who tell the rest of the world that India only eats vegetarian food https://t.co/jiVZvirf3z

Eating meat is our Tradition.

Aryan Migrants who migrated to india they don't eat meat.

Biden picks Kamala Harris – who never fails to elude to her brahmin pedigree and claims that all Indian food is vegetarian like a shifty brahmin – as his VP.

Aiyoo. 🙁
Nearly 98% of AP, Telangana, Kerala, TN eat non veg food. Here's a source for you. Konchum research before saying such stuff off handed on a public forum would be better, no? https://t.co/BBj0KbKKLe pic.twitter.com/jGeQTFAUcH

At the end of the video, Mindy’s father Chokkalingam can be seen providing his presence to whom Harris can be seen saying that lived in Besant nagar of Chennai. Comment your views on Kamala and Mendis branding South Indians as Vegetarians !!

Previous articleVairamuthu Lauded Suriya For The Way He Approached The Issue !! Chinmayi Has Something To Say
Next articleHeart Melting Video Of Tamil People Residing In Karachi Of Pakistan !! WATCH