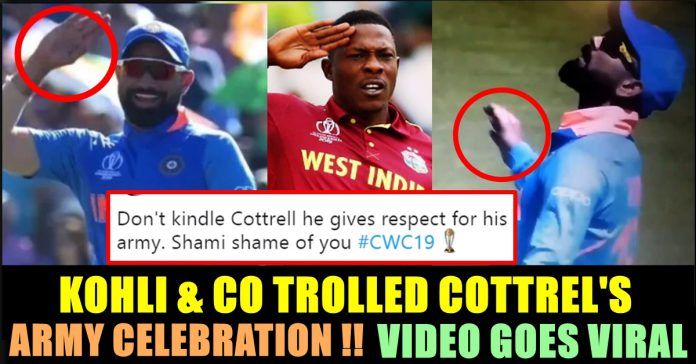 India captain Virat Kohli rewrote the record books as India thumped West Indies by 125 runs at Old Trafford, Manchester on Thursday to all but confirm their spot in the ICC World Cup 2019 semi-finals. Kohli created history both as a batsman and as a captain on Thursday to lead India to victory. After becoming the fastest batsman to reach 20,000 international runs, Kohli became the first Indian captain to win his first five matches in the World Cup. 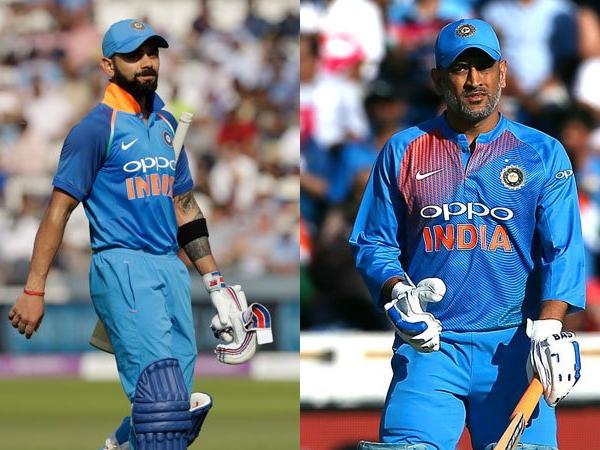 The Indian bowlers, led by paceman Mohammed Shami (4/16), then dismissed West Indies for 143 in 34.2 overs to end the West Indies’ hopes of progressing. Meanwhile a few players of team Indian captain is seen having fun on-the-field after taking cottrell’s wicket. Windies pacer Cottrell has been grabbing headlines for his ‘salute’ celebration in recent times. Cottrell, a soldier by profession, comes up with the ‘march and salute’ celebration every time he picks a wicket to show his respect for the Jamaica Defence Force of which he is a member. He took two wickets in yesterday’s match and celebrated it in his own unique style as well.

When Cottrel came in to bat at no.10, Yuzvendar Chahal took his wicket and Shami who is one of the 2 wickets of Cottrel seen imitating the celebration of the Caribbean. Virat Kohli, Vijay Shankar and Chahal seen laughing at it. 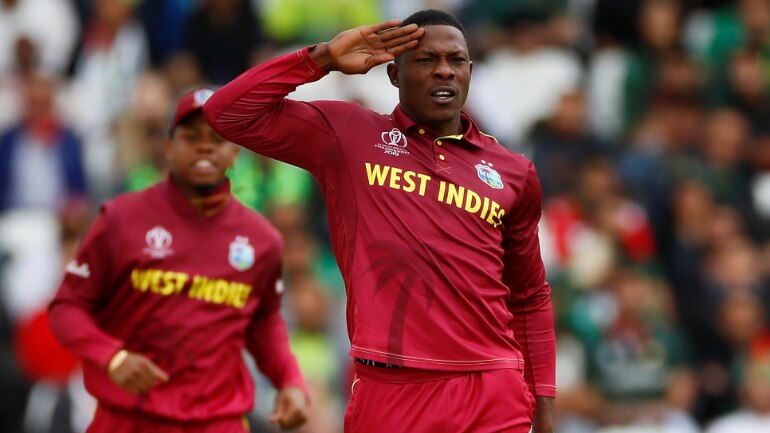 In another video, Virat Kohli is seen trying to execute the gesture as well. Check out the video here :

Check out some of the reactions for the team’s celebration :

Mohd Shami just mimicked Sheldon Cottrell’s march-and-salute routine after his wicket, much to his teammates amusement.

It’s part of his tribute to his country’s armed forces, guys. Not cool, in my opinion. #CWC19 #INDvWI

Don’t kindle Cottrell he gives respect for his army. Shami shame of you #CWC19

What do you think on this gesture of the Indian Players ?? Comment your views below !!