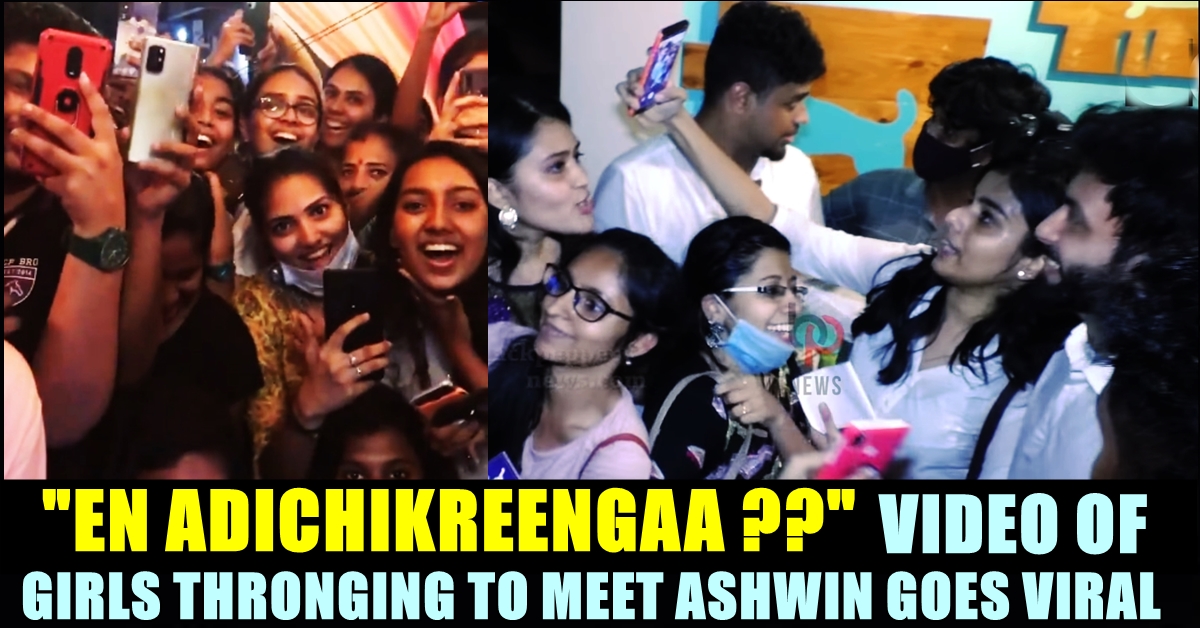 Ashwim Kumar of “Cooku with Comali” show gained a separate fan base through his participation in the cookery show. After acting in a number of TV serials, Ashwin got an opportunity to take part in the reality game show of Vijay Television. Many people, especially girls started loving him for his charming looks and calm attitude. The combination of himself with Sivaangi has a separate fan base which is evident through the comments that are surfacing in social media platforms. Now, a video of a bunch of girls thronging to see him in person and to take pictures with him are trending in Internet.

Ashwin who rose to fame through his participation in the show, recently attended a restaurant’s inauguration. At the event, he got surrounded by his girl fans who were seen pleading him for a selfie and to sing a song for him. In one of the videos, Video Jockey Ashwin who tries to enter the place, couldn’t get past the girls due to their enthusiasm after seeing Ashwin in person.

At one point, he gets frustrated and shouts “Why you girls are fighting with each other, he’s all yours” which got captured in one of the videos. Watch the video below :

“Don’t be afraid, we won’t do anything” the girls could be seen saying to Ashwin to make him comfortable. One of the girls also sings a song for him after getting selfie pictures with him. “It is not easy to face these many mics. This is all because of the show “Cooku with Comali”. I have never been to any event before. I feel so happy to be here.” said Ashwin while inetracting with media.

Sharing one of the videos of girls singing for him, Ashwin, in his official Instagram account, wrote “Awwwwwwwww words can’t express my emotions. Thank you so much for all the love! ❤️ AK #goosebumps #thatmoment #fanslove #blessed 😇” in his post.