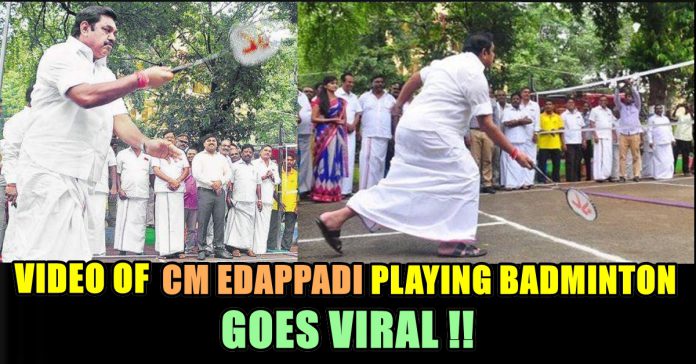 The second day of Chief Minister Edappadi K Palaniswami’s three-day visit saw him attending a series of functions, and announcing implementation of Rs 1,000 crore-worth projects in Salem on Friday. 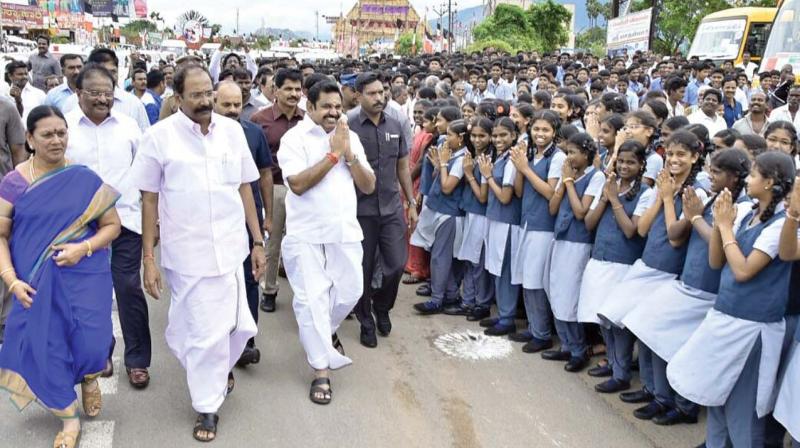 In the morning, the CM inaugurated 12 green space parks under Salem City Municipal Corporation limits constructed at an outlay of Rs 5.07 lakh.

The green space parks have walking and jogging paths, meditation hall, herbal plants, paintings, drinking water facility, along with solar panels to generate power, and an on-site compost yard. After inaugurating a park in Ammapet, he showed his skills badminton skills. Later, he handed over 55 battery-operated vehicles worth around Rs 1.38 crore under Smart City mission, and flagged off an anti-plastic awareness rally from Bose Maidan. In a function at Nehru auditorium, the Chief Minister handed over uniforms to school students. Talking about initiatives taken by the government to boost education, Palaniswami said, “Several schemes have been implemented. Improvement in the quality of education is a testimony to our efforts. Literacy rate is also rising.” He said that now government schools were offering facilities on par with private institutions. He also said that because of 76 new arts and science colleges, the current academic year saw a 20 per cent rise in admission. Meanwhile the video of our CM Playing badminton going viral as he showed his skill in the game along with Ilangovan and other party members. They played badminton with multiple shuttlecocks in that single court.
Watch the video below :