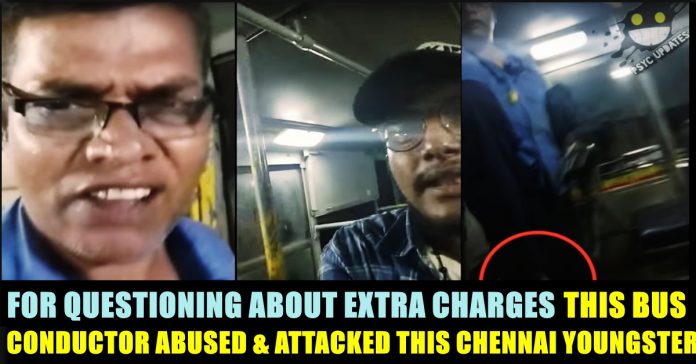 Every ordinary living human in Tamilnadu would have traveled in government bus atleast once in their lifetime even the ones who born with silver spoon. We all love to travel and expect our journey to be remembered forever. The role of the person who hosts our journey plays a very important part indeed. Forget our friends, think of a bus conductor who looks pissed off during his work time due to his personal problems, worse ain’t it ?? 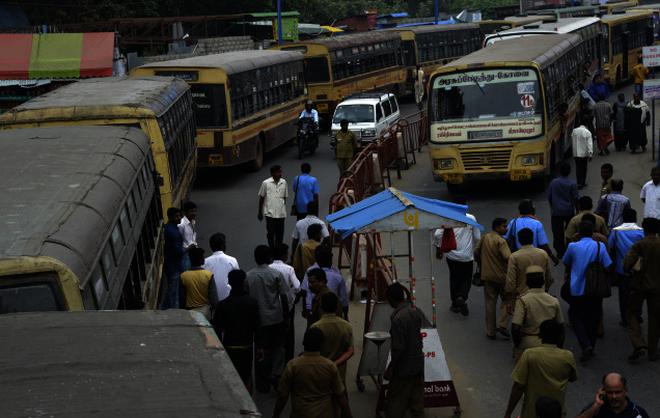 Bus conductor is a person who has range of responsibilities, which includes collecting fares, issuing tickets, helping passengers with baggage, advising on destinations and ensuring the safety of the passengers. There is also some paper work involved, for instance when recording fares, checking timetables and counting money. In some of the areas, the duties of driver and conductor are combined into one job. 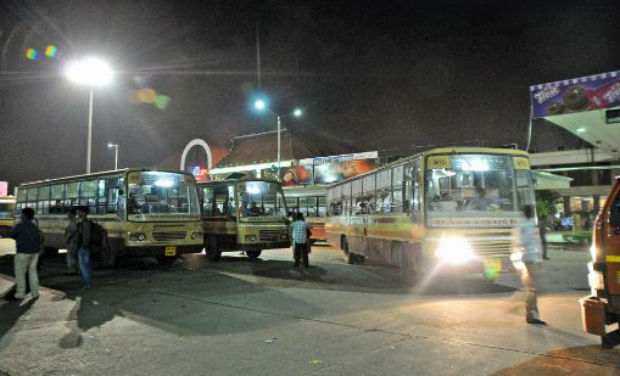 In this recent encounter between a bus conductor and Chennai resident, the conductor seen abusing the youngster without reason. The one who records the video introduces himself as a Chennai resident who claims that he is coming back from watching night show movie.

“When I boarded in this bus in Velacherry Vijayanagar bus stand, I asked ticket for Thiruvanmayur. Usually it will take 10 rupees for me to travel this distance, when I asked for 2 tickets, they received 30 rupees from me and issued me ticket for 2 stops ahead from my actual stop.” says the man in the video. “When I asked why it is charged more comparing to the usual, they said that there will be extra charge for night service. I raised question as I have never paid more than 10 rupees. This question irked the conductor who started abusing me with bad words and he also tried to knock my phone off. Though my phone was not broken, is this the way a government servant supposed to treat a passenger ?” he questions.

“For questioning alone he abused me like that. I lost only small amount of money but I want everyone in Tamilnadu to question” he finished the video. 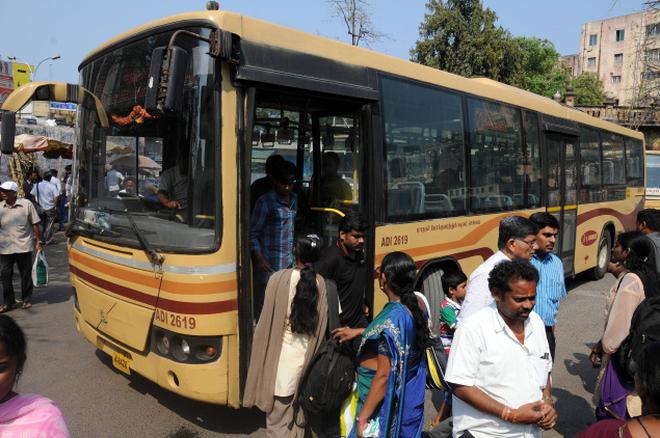 The video shows the man who recorded the video questioning the bus driver about the night service extra charges which was interrupted by the conductor who starts to abuse him and even show his foot to the phone camera.

Details of the conductor are not available despite of the bus number recorded in the video. What do you think on this incident ?? Commnet your views below !!

Previous articleKushboo Abusing Back Her Followers Who Abused Her Very Badly !! Shocking Conversations !!
Next articlePaksitan Wants ICC To Take Action Against Indian Team Players For This Reason !!

Team Chennai Super Kings is very well known for the bond they are having with their fans. In this special occasion, the franchise once...