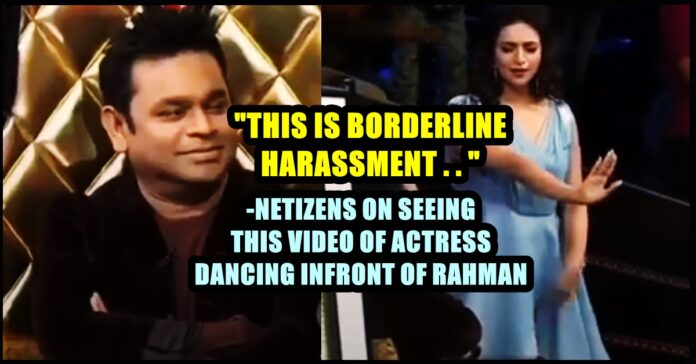 A 2019 video of Bollywood actress Divyanka Tripathi dancing in front of Academy award winning musician A.R Rahman got resurfaced in Internet with online users opining that she is harassing the music director. The video shows A.R Rahman avoiding to keep his eye balls on the actress who stands close to him dancing. After a point, she also apologizes to Rahman and the “Slumdog Millionaire” musician reacting with a thumbs up.

The incident took place in a show years ago and actress Divyanka Tripathi who is an ardent fan of the musician could be seen trying to make Rahman dance. While Rahman took part in the show chief guest, Divyanka stood near him and shook her legs for a song and tried to make the composer dance. 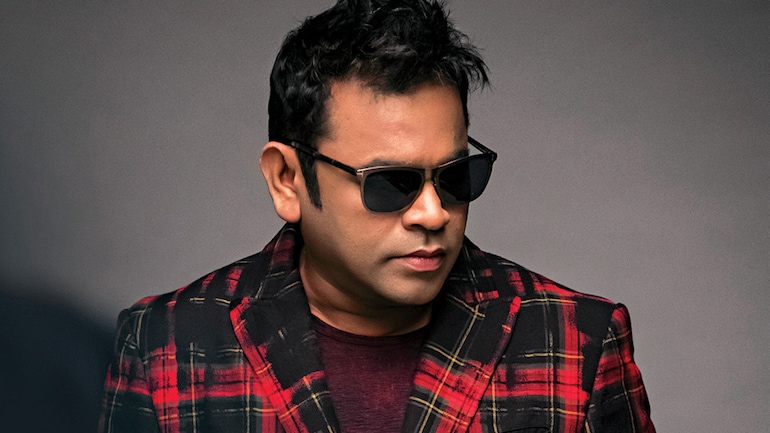 At one point, Divyanka tried touching Rahman but the music director moved away. Moving away from him, The Bollywood actress also could be seen apologizing to him. Rahman would accept the apology as well.

“How visibly uncomfortable he looks. Glad she apologized instantly” an online user said on seeing the video whereas another one said “He’s clearly uncomfortable. This is borderline harassment. I’m not sure what’s funny”

Check out some of the reactions that surfaced for the video below :

He’s clearly uncomfortable. This is borderline harassment. I’m not sure what’s funny 👎

How visibly uncomfortable he looks. Glad she apologized instantly

ARR with vadakks every time 😭 Just learn boundaries and leave the man alone 🤦🏾‍♀️ He looks so uncomfortable in these shows https://t.co/THPyf5r64d pic.twitter.com/cLPaiqKWeM

ITV girlies are sick from head. He clearly doesn’t want her to touch him but she goes for it anyways followed by that useless “sorry” gesture. https://t.co/aGTtRDrAkf

don’t touch then thumbs up, what a savage yet sweet sweetheart 😂❤️😭 https://t.co/sdNavfDWo2

Imagine if this was a female celebrity and a guy made her uncomfortable like this. Uffff this could’ve been on the headlines 😷 https://t.co/4uQOVfiQyz

How to say “Fuck Off” without actually saying it 🤷🏾‍♂️🤣 https://t.co/pHH32JUGnn

🙄🙄😞Why do they mess with calm people? This is making me so uncomfortable.
Don’t trouble my @arrahman 😠⚔️ https://t.co/bIV0qGkBA1

England won the second test of four match series by defeating South Africa with 189 runs. They managed to level the series as 1-1...