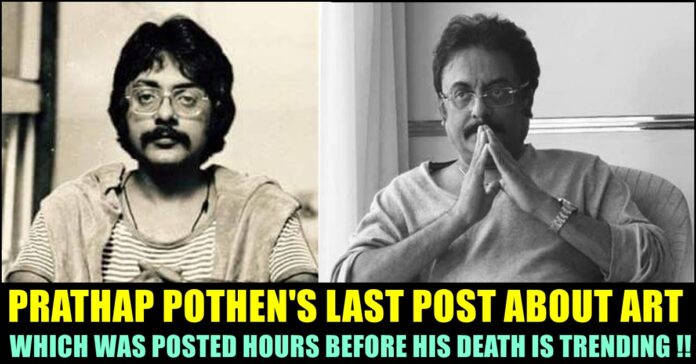 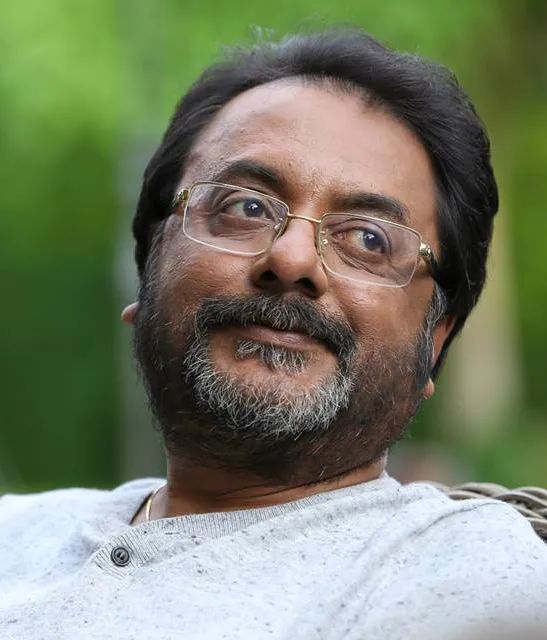 Born in 13th of August, 1952, Prathap Pothen did his schooling in Ooty and developed an interest in acting. He made his acting debut through a Malayalam film named “Aaravam”. Known for his unique dialogue delivery and body language, Pothen is known among Tamil audience for acting in films such as “Varumayin Niram Sivappu”, directed by K. Balachander “Moodupani”, “Panneer Pushpangal”. “Nenjathai Killathe” etc. He also lent his directorial skills in 12 films. 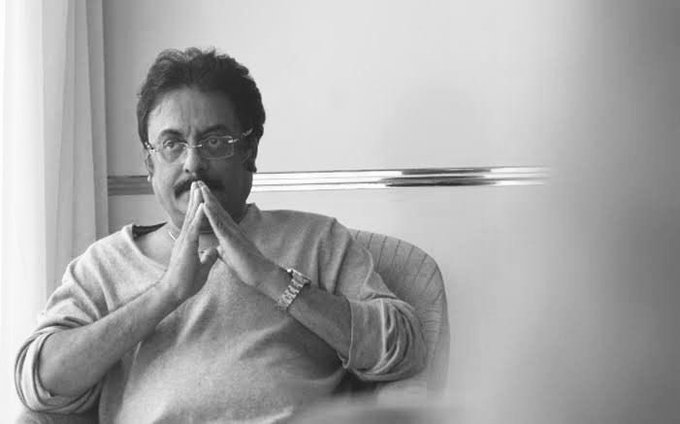 Later his career, Prathap Pothen was busy running his ad agency Green apple and acted as one of the judges for the show “Naalaya Iyakkunar”. Pothen married actor Radhikaa in 1985. The couple got separated in the year 1986. Later, he married Amala Sathyanath in 1990. They separated in 2012 and have a daughter named Keya Pothen.

In the meantime, a post uploaded by Prathap Pothen hours before his demise is trending in the internet platforms. “I think in art, but especially in films, people are trying to confirm their own existences. Jim Morrison” the actor said through his post. 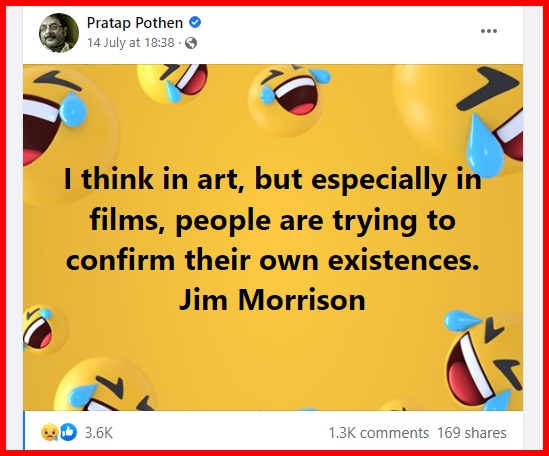 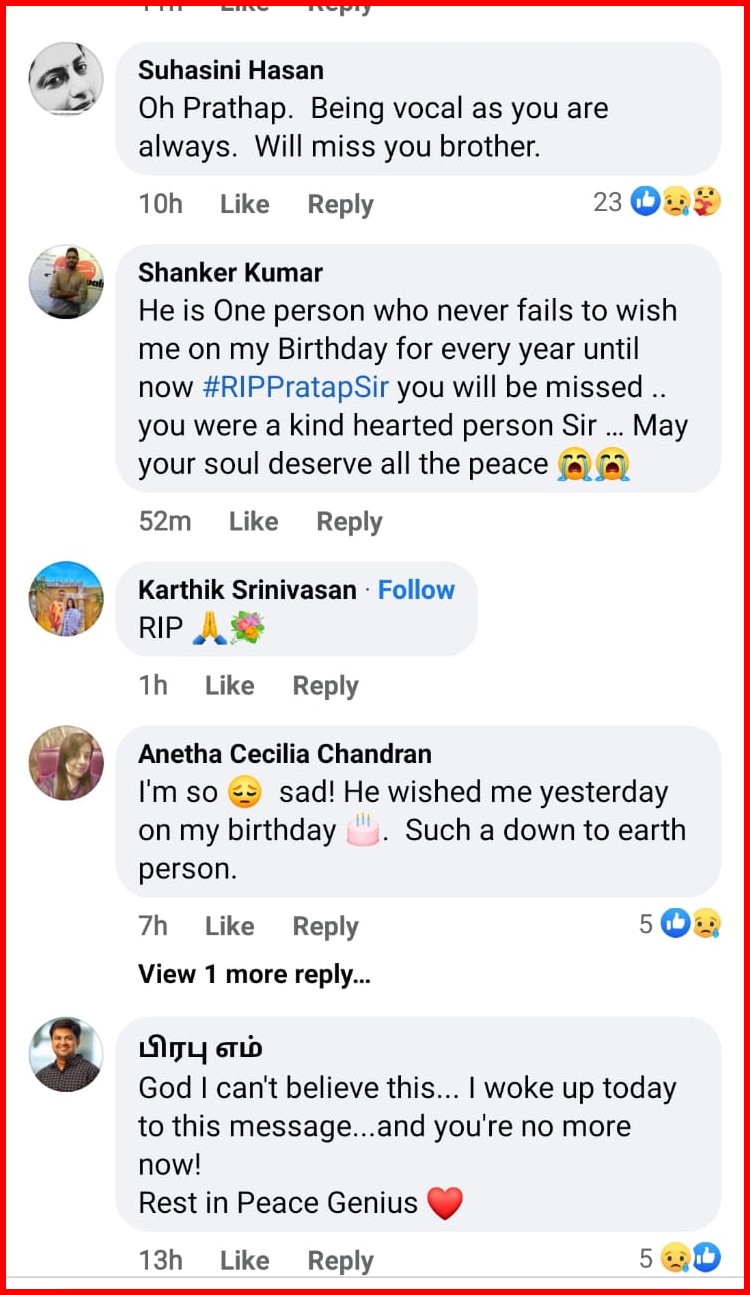 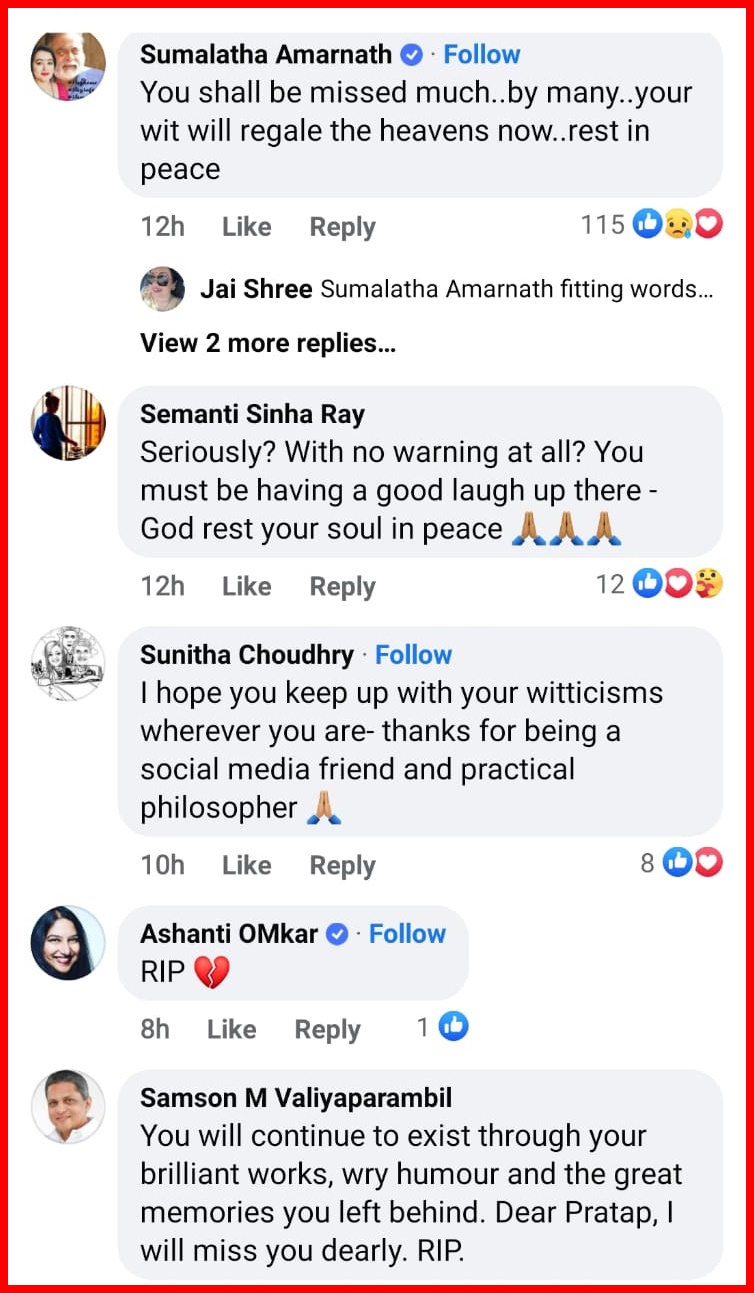 Losliya Getting Thrashed For Degrading Comedy Legend “Vadivelu” !! They Just Got Irritated !!

The most anticipated episode of Losliya meeting her father after 10 long years streamed finally. The promo of the yesterday's episode itself created ruckus...