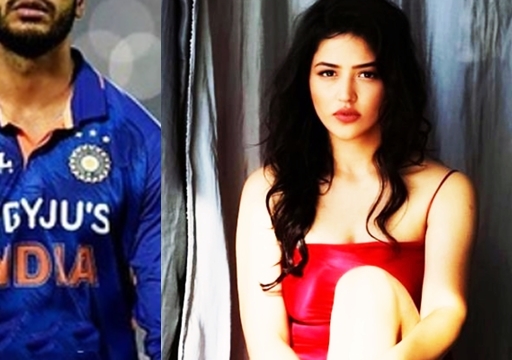 However, many fans misunderstood the conversation, thinking that the actress doesn’t know who Venkatesh Iyer is and is asking about the same. Memes and trolls regarding the same are surfacing in online platforms whereas many trying to introduce Venkatesh to the actress.

It is notable that they both follow each other in Instagram and presumably are friends. Priyanka Jawalkar is an Indian actress who predominantly appearing in Telugu cinema. She paired with Vijay Devarakonda in his “Taxi Waala” and has acted in a number of other Telugu films.

She who is pretty much active in Instagram, has gained 1 million followers by uploading just 143 photos. Profile of the actress is filled with the photographs of herself from her photoshoots. Check out some of them below :

A couple of days ago, she uploaded a picture of herself sitting behind a screen and saying “Boo”. Here’s her post :

Reacting to the post, emerging Indian cricketer Venkatesh Iyer commented “cute” and the actress replied back saying “Who? You?”

Though Priyanka asked whether Venkatesh is complimenting himself through his comment, many online users believed that she doesn’t know who Venkatesh Iyer is and introduced him to her. Few even linked to duo and tried branding them as romantic couple through their comments. The next posts of Priyanka received reactions based on Venkatesh Iyer’s comment as well.

Check out some of the comments surfaced below : 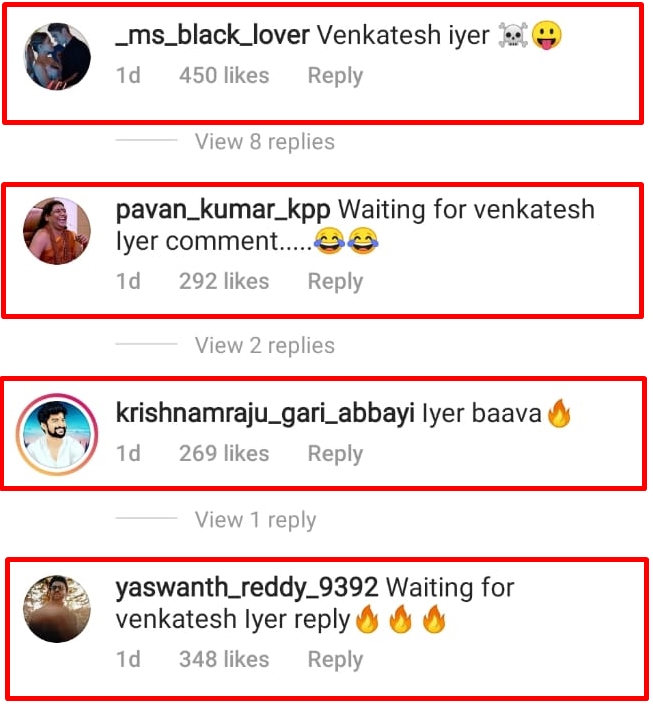 Venkatesh who represents Madhya Pradesh in domestic cricket, gained widespread acclaim through his stint in Indian Premiere League. The cricketer recently made his international debut and is expected to become an irreplaceable asset in the future.

Comment you views bon these reactions of the online users!!

Previous articleVideo Of Vijay Fans Getting Beaten For Damaging Theatre Properties Goes Viral!!
Next articleWATCH : Shruti Haasan Responded To Someone Who Questioned About Her Plastic Surgery!!

David Miller Replied To A Tamil Fan Who Questioned On His “WWE Style” Entry !!

After five long years, South African destructive batsman David Miller finally opened on why he entered ground in WWE style to bat in 2015....